Riddled with crashes and subsequent penalties, the second race of the Diriyah e-Prix had plenty of action with Mercedes at the top of the constructors' standings after first weekend. 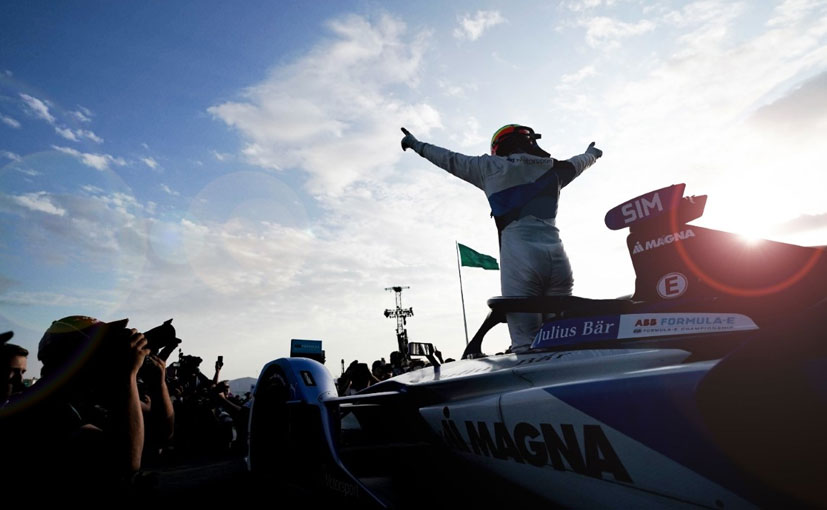 After missing the victory in the season opener on Friday, BMW Andretti's Alexander Sims recovered to win the second 2019/20 Formula E Diriyah e-Prix in what was an incident-riddled race. Interestingly, Sims was the only driver to hold on to his finish as a number of post race penalties changed the order across the leaderboard. Sims led the race from pole and retained his lead until the end, followed by teammate Maximilian Guenther taking second and team Abt's Lucas di Grassi taking third. However, post penalties, Guenther was stripped off his podium finish with a 24-second penalty dropping him to 11th. The penalty promotes di Grassi to P2 and Mercedes-Benz EQ's Stoffel Vandoorne to P3, making it a double podium weekend for the German factory team's maiden outing in the sport.

Sims led the race ahead of Nissan e.dams driver Sebastien Buemi, di Grassi and DS Cheetah's Antonio Felix da Costa. Sims was in more control during Race 2 than he was in Friday managing his pace and energy levels over the 30 lap race. The driver used his first attack mode on Lap 7 boosting his advantage further right before the first of the many incidents occured.

The first accident was between da Costa and Buemi with the former clipping the latter that spun the driver around. The incident pushed Buemindoen the order and he joined back in an unsafe manner that forced other drivers to take evasive actions. Buemi was given a time penalty for his actions while da Costa was handed a drive-through for causing the incident.

On Lap 13, da Costa took his first attack mode and slot himself behind di Grassi. Meanwhile, Race 1 winner Sam Bird was also attacked di Grassi. But Bird lost momentum and collided with Jaguar Racing's Mitch Evans. Bird slipped on the outside line and was hit by Mahindra Racing's Pascal Wehrlein that put him in the wall, taking out both the drivers. Evans was later handed a drive-through over the collision.

Sims lost his advantage post this incident as the safety car was deployed, while several drivers chose to use their attack mode before passing the safety line. This also allowed Guenther to rise up the order and and crashed with Vandoorne's car in the attack zone that broke his right-front wheel cover off.

Virgin Racing's Robin Frijns was the next reason for the safety car to be deployed after he lost his rear and hit the wall on Turn 9. The race finally started again on Lap 22 where di Grassi took his second attack mode and dropped to fourth behind Guenther and Vandoorne. Di Grassi used his high power advantage to get past Vandoorne but could not best Guenther. Sims meanwhile had a comfortable lead at the front and crossed the chequered flag 1.383s ahead of his teammate in the provisional standings.

Venturi Racing's Edoardo Mortara moved up to P4 ahead of Oliver Rowland of Nissan after Andre Lotterer of Porsche dropped to 14th after an immediate post-race penalty, while Audi's Daniel Abt took sixth. Nyck de Vries of Mercedes dropped from P7 to 16th after a post-race penalty, allowing Formula E rookie James Calado to take P7 while reigning champion Jean-Eric Vergne had a forgettable weekend at P8 but managed to score points. Oliver Turvey of NIO 333 originally finished in eighth place was disqualified after it was found that the driver exceeded his car's energy allowance by 0.04 kWh.

Buemi and Porsche driver Neel Jani took 12th and 23th respectively, while Wehrlein finished in 15th place and was the only finisher for Mahindra. Completing the order were Felipe Massa of Venturi, Evans and NIO 333 driver Qing Hua in the race.

The first weekend certainly was hectic for Formula E but the sixth season does start on a promising note. Sims currently leads the drivers' standings with 35 points while Vandoorne is placed second with back to back podiums garnering a total of 30 points. The Diriyah e-Prix has also managed to put Mercedes on top of the constructors' standings in what is a fantastic start for the factory squad.