Harley-Davidson's association with the Formula E Virgin Racing Team comes ahead of the launch of its first electric motorcycle - LiveWire - scheduled towards the end of this year. 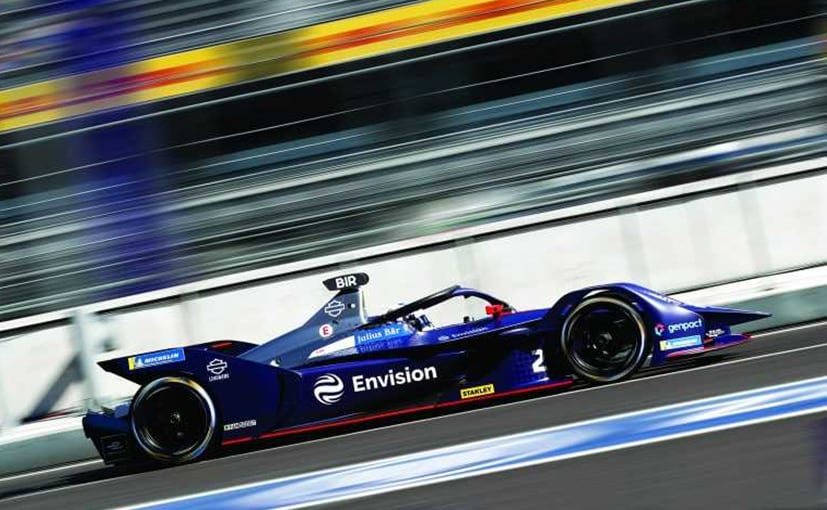 The Formula E championship has seen some massive manufacturers join the sport in one way or the other. In a first, a bike maker is now associated with the electric series. Formula E racing team Envision Virgin Racing has signed a multi-year partnership with Harley-Davidson, with the American motorcycle maker set to feature on the team's electric racing cars. Harley's association with Formula E comes at a time when the company is at the forefront of its electrification plans for motorcycles. The announcement comes ahead of the 2019 Paris e-Prix scheduled for this weekend, while Harley-Davidson is gearing up to introduce its first electric motorcycle - LiveWire - later this year.

Speaking on the new partnership, Harley-Davidson's Vice President for product consumer portfolio management, Marc McAllister said, "Electric vehicles are at the cutting edge of future mobility conversations globally, and that future is happening now. We're incredibly excited to be partnering with Envision Virgin Racing, one of the leading proponents of Formula E - the highest form of e-propulsion motorsport. The team's passion, professionalism and commitment to the thrill of electric vehicles matches our own and it's going to be an incredibly exciting time working with them."

Virgin Racing Team's MD, Sylvain Filippi said, "We're delighted to be welcome such an iconic brand like Harley Davidson into our portfolio of partners. Like us, Harley Davidson shares our passion for developing cutting edge technology and sustainable mobility, and between us we can now help showcase that on two and four wheels."

The Envision Virgin Racing Team has been one of the founding teams in Formula E and have recorded eight wins and 23 podiums over the past five seasons. It also became the first teams to register victories in all five seasons to date. The past year has also seen the team introduce more partnerships with Harley being the fourth major association after Stanley Black and Decker, Audi Sport and Genpact signed up with the team.

The Harley-Davidson LiveWire, meanwhile, will mark a new chapter in the brand's history. The LiveWire retains the iconic design that Harleys are known for, but gets an electric motor instead of the traditional V-Twin. The bike can accelerate from 0-100 kmph in 3 seconds, while braking performance from 100-0 kmph is achievable in just 1.0 seconds. The Harley LiveWire is powered by a high voltage battery that offers a range of 225 km in the city or 142 km range combined. The Harley electric offering could come to India as well in the coming years.