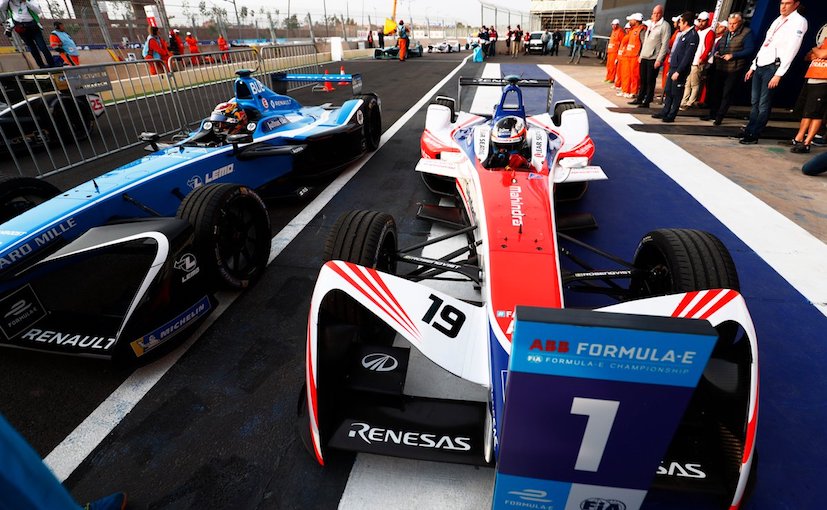 With the Hong Kong ePrix under his belt, Rosenqvist had lots to look forward to at Marrakesh. However, a mistake during qualifying meant the Swede had to start third in the first race of the calendar year. On the other hand, Buemi started the race from pole with Bird in second place. The positions remained largely unchanged through the first half of the race, but Bird showed signs of slowing down due to a gearbox problem on Lap 16, a lap before the mid-race car swaps.

This was enough for Rosenqvist to catch up with the DS driver and hold on to the second place. In the second part of the race, a yellow flag further helped Rosenqvist catch up with the race leader. The Swede was now just one second behind Buemi and was eagerly trying to pass him, and finally got a chance on Turn 7 with just five laps to go. Rosenqvist passed Buemi with the latter trailing behind within a second. The same positions stayed on until the chequered flag. Bird managed to salvage a podium position in the closing stages from Jaguar's Nelson Piquet Jr, taking a distant third.

Techeetah driver Jean-Eric Vergne recovered after starting 13th and finished an impressive 5th in the race. Vergne was followed by Jose Maria Lopez of Dragon Racing in 6th and Maro Engel of Venturi at 7th. Finishing behind Heidfield at 9th and 10th spots were Tom Blomqvist of Andretti Autosport and Nicolas Prost of Renault e.Dams. Lastly, reigning Formula E champion Lucas di Grassi had to retire from the race due to reliability problems. Other retirements also included Oliver Turvey (NIO) and Andre Lotterer (Techeetah).

The Formula E Season 4 has kicked off on a high for Mahindra Racing with two wins out of three races. Rosenqvist currently has a four point lead over Bird in the Drivers Championship. The teams now head to Santiago for Round 3 of the season, scheduled on February 3, 2018.