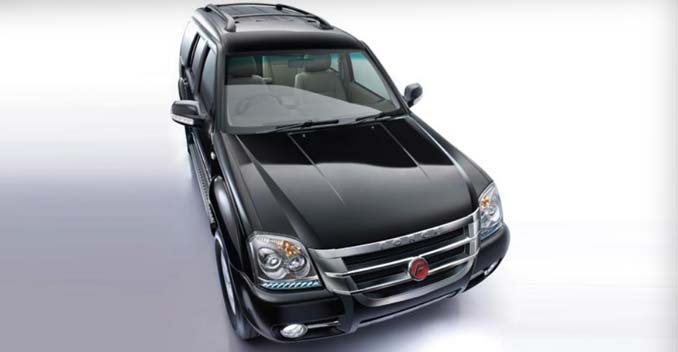 Force Motors announced that the deliveries for the Force One's LX variant will start today and will be accompanied by a price tag of Rs 13.98 lakh (ex-showroom, Delhi). Force Motors first ventured into India's passenger vehicle segment with the One SUV, which was launched in 2011. Fast forward to July 2013, and the company added two more variants, the EX and SX, to the line-up. The LX variant was also announced back then, but it took Force Motors quite some time to bring it to its showrooms.

The Force One LX has now become the only variant in the line-up to be offered with a four-wheel-drive system. It will be sport a Borg Warner four-wheel-drive system with electronic shift that allows the driver to switch between two-wheel-drive and four-wheel-drive even if on the move. Moving on the powertrain, it will be powered by the same 2.2-litre turbocharged diesel motor sourced from Mercedes-Benz that does duty on the SX variant. It puts out 139bhp and 321Nm and comes mated to a 5-speed manual transmission with Synchromesh with Dual Mass Flywheel.

The LX will share most of its features list with the ones found on the SX variant, including projector headlamps with DRLs, Anti-Lock Braking System (ABS) with Electronic Brakeforce Distribution (EBD), a 2-DIN audio system with Bluetooth, alloy wheels and leather upholstery. Also, it will only be offered as a 7-seater.

Force Motors Gurkha
₹ 11.28 - 15.94 Lakh *
Subscribe to Our Newsletter
Over 1.5+ Lakhs subscribers
Thank you for Subscribing to Us