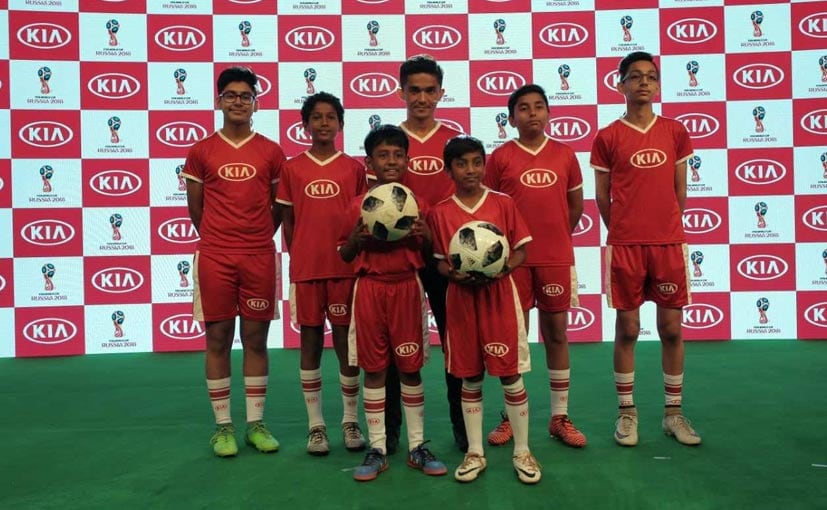 In a first, Kia Motors, automotive partners for 2018 FIFA World Cup TM, created an once-in-a-lifetime opportunity for two young Indian football players to represent the country and become India's first Official Match Ball Carriers (OMBC) at the beautiful game in Russia. Under the OMBC programme, 64 schools' children from across the world, including two for the very first time from India, got to walk alongside some of the world's best players and carry the Official Match Ball on the pitch to kick off the game.

The selection process required the guardians of football playing children aged 10-14 years from across the nation to upload their child's football skill videos on the official Kia OMBC website. After a careful selection from over 1600 entries, 50 were called for the audition event, held in May 2018 which was judged by none other than India's flagbearer in the football world - Sunil Chhetri. The Indian National Football team captain judged the kids on the basis of their football skills - including juggling, dribbling and shooting. A personality test was also conducted to access the potential OMBCs.

WATCH: Who do you think will make India proud as the first #KiaOMBC?

10-year-old Rishitej from Karnataka and 11-year-old Nathania John from Tamil Nadu emerged as winners . Incidentally, Nathania is the only girl from India to be selected for the final OMBC campaign. Apart from these two, four other youngsters were also selected to make the trip to Russia to experience the World Cup matches along with their guardians

"It was amazing to see so many talented young kids together," Chettri said. "I thank Kia for giving this opportunity to the football-loving kids of our country. It augurs well for the future of the sport," he added. 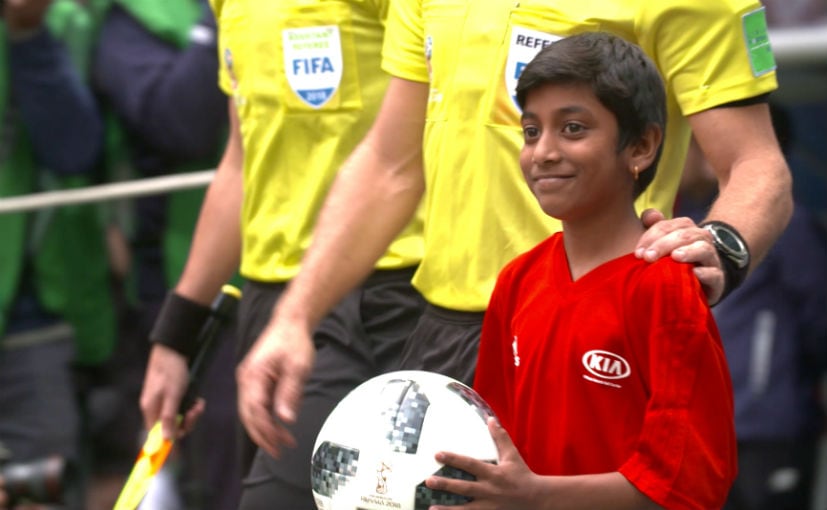 Rishitej fulfilled his dream of attending the biggest sporting carnival in the planet on June 18, as he walked the field with the likes of Eden Hazard, Romelu Lukaku and Marouane Fellaini ahead of the Belgium vs Panama encounter. Nathania, on the other hand, stepped on to the field on June 22 before the hotly-contested match between Brazil and Costa Rica. With this, Nathania also became the first Indian girl OMBC to lead Neymar's Brazil on to the field at Arena St Petersburg. 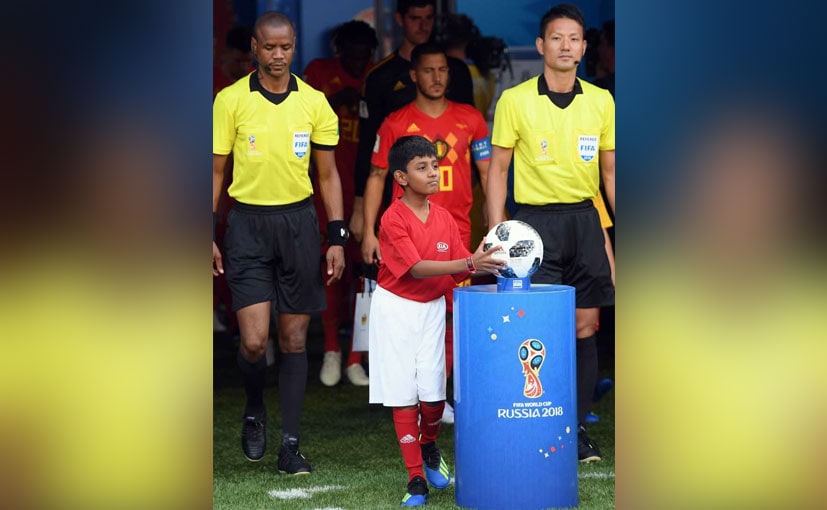 To boost the morale of young football players, Kia Motors also created a power-packed football music video titled 'Two Little Feet' that showcases the passion for football among the young India. The video concludes with two talented Rishitej and Nathanial John being chosen as the Official Match Ball Carriers in a multiple city talent hunt.

Nathania said, "I still can't believe this news and all I can say is that I am so thankful for getting this huge opportunity to not just represent my country as the official OMBC at the World Cup but also to be judged under the watchful eye of my icon - Mr. Sunil Chhetri." On a lighter note, she added that the best part of the campaign was that "I beat all the boys".

Nathania John Kandathil, a Class VII student at Rishi Valley School in Madanapalle, Andhra Pradesh; is fond of athletics and enjoys keeping track of leading sports stars in various sports. On the other hand, Rishitej, a Class 5 student at Royale Concorde International School in Bangalore, Karnataka, is an avid sports person and also a school topper.