Ferrari's new hybrid supercar after the La Ferrari is expected to break cover next month and has been spotted testing wearing heavy camouflage. 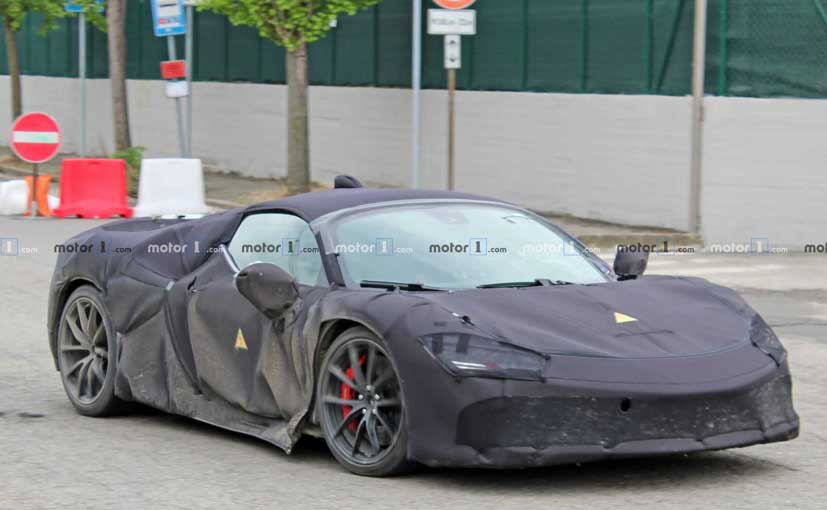 View Photos
The test mule of Ferrari's next hybrid car has been spotted wearing a heavy camouflage.

In the last decade, we have seen Ferrari supercars undergoing significant powertrain upgrades. Until 2016 the Italian supercar maker was only into developing naturally aspirated engines. That changed when Ferrari launched the 488 GTB which was its first turbocharged supercar and was a replacement for the iconic 458 Speciale. The auto space across the globe is shifting towards electrification and Ferrari too has moved in this direction in full force. Ferrari's new hybrid supercar after the La Ferrari is expected to break cover next month and has been spotted testing.

Also Read: Ferrari P80/C Is The Company's Most Extreme One-Off Design Ever 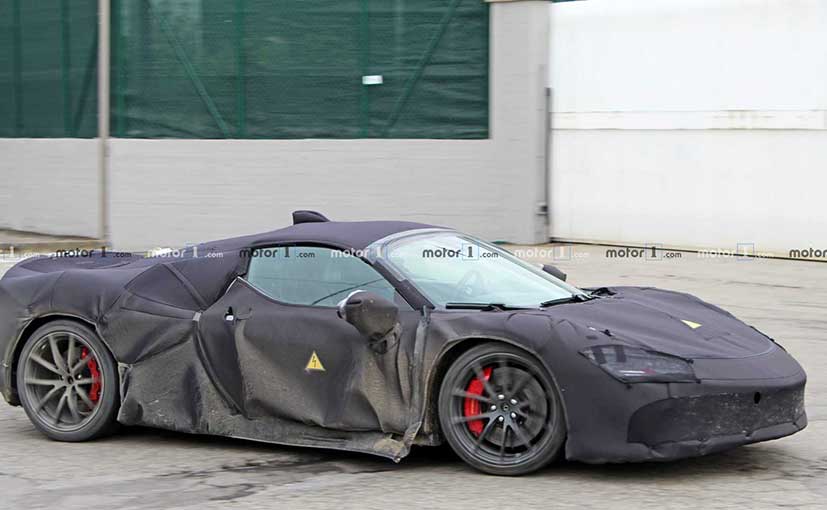 In silhouette, the car looks almost identical to the track-focused Ferrari 488 Pista and F8 Tributo.

The test mule wears heavy camouflage and the only thing that gives away the details of it being electrified are the yellow 'high-voltage' stickers on the hood and doors. In silhouette, the car looks very similar, in fact almost identical to the track-focused Ferrari 488 Pista and F8 Tributo. However, it's expected to look even more angular with a razor-sharp profile all around that will make it look distinctive and different from other Ferraris. Despite the camouflage, we could see the angular headlamps peeking out of the cover and at the rear, there is a massive diffuser underneath the dual-exhaust pipes. Then there is also the integrated spoiler for drag efficiency and other than these, nothing else can be figured out just yet. 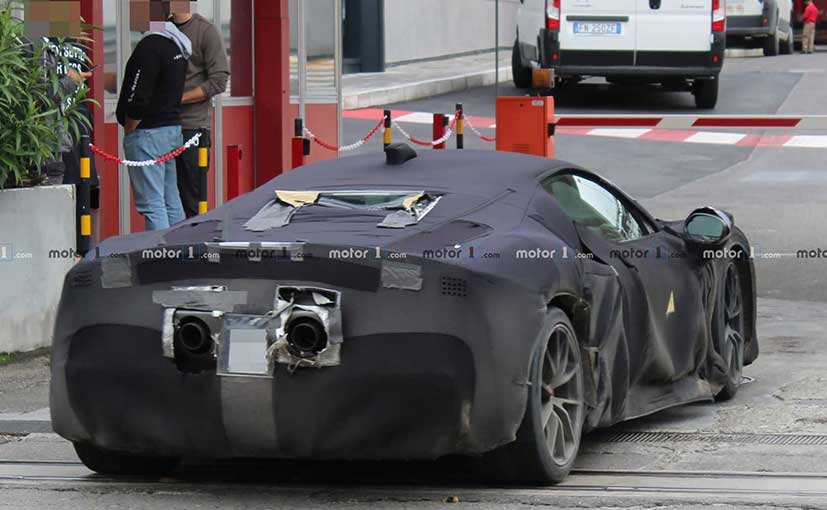 The 3.9-litre bi-turbo V8 motor will be coupled with three electric motors.

According to recent news reports, the car is expected to get the 3.9-litre bi-turbo V8 motor which will be coupled with three electric motors. Two of them will be mounted on the front axle while the third one will be integrated into the gearbox to optimize the shifts. It will be offered with an all-wheel-drive setup and the powertrain in combination is expected to put out a lofty maximum output of 972 bhp which will help it clocking triple-digit speed in under 2.0 seconds.