Anthoine Hubert was tragically killed after a horrific crash at the Spa-Francorchamps circuit, during the Formula 2 feature race on August 31 at the Belgian GP. The organisers have cancelled the sprint race due to the incident. 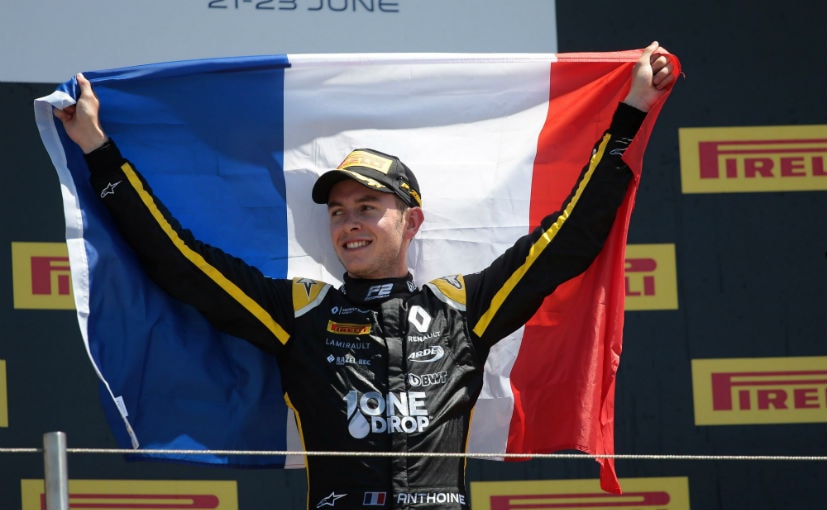 Formula 2 racer Anthoine Hubert passed away on August 31, 2019, after sustaining injuries in a horrific crash during the feature race at Spa-Francorchamps in the Belgian GP. The 22-year-old driver was involved in a multi-car incident at the exit of the Raidillon corner along with driver Juan Manuel Correa, sustaining injuries. Both drivers were immediately attended at the medical centre and were later shifted to the hospital for further treatment. However, Hubert succumbed to his injuries at 18:35 local time, over an hour after the accident, the FIA confirmed.

The Renault junior driver and the reigning GP3 Series champion, was trying to break into the top 10 when his car caught up with an accident with Giuliano Alesi, who lost control of his car at Eau Rouge. Hubert lost control of his Arden-prepared car on the exit of Raidillon, hitting the barriers hard and bouncing back into the track. Sauber Junior Team driver Correa, who was travelling in excess of 250 kmph, had no time to react and crashed directly into the Arden driver. The incident left Hubert's car in two pieces, leaving debris on the track.

Given the gravity of the incident, the feature race was called off immediately with the drivers involved in the crash taken to the medical centre. In a statement issued by the FIA, Correa is said to be in a stable condition, while Alesi was released from the medical centre earlier in the day. The sprint race scheduled to take place on Sunday was cancelled by the organisers as a mark of respect.

A statement by the FIA read, "The Federation Internationale de l'Automobile (FIA) regrets to advise that a serious incident involving cars #12, #19 and #20 occurred at 17:07 on 31/08/19 as a part of the FIA Formula 2 Sprint Race at Spa-Francorchamps, round 17 of the season. The scene was immediately attended by emergency and medical crews, and all drivers were taken to the medical centre. As a result of the incident, the FIA regrets to inform that the driver of car #19, Antoine Hubert (FRA), succumbed to his injuries, and passed away at 18:35. The driver of car #12, Juan-Manuel Correa (USA), is in a stable condition and is being treated at the CHU Liège hospital. More information on his condition will be provided when it becomes available. The driver of car #20 Giuliano Alesi (FRA) was checked and declared fit at the medical centre. The FIA is providing support to the event organisers and the relevant authorities, and has commenced an investigation into the incident."

Born to rally driver Francois Hubert in Lyon, Hubert starting his motorsport career at the age of 10 and went on to compete in the French F4 championship, winning the title in 2013, and progressed into Formula Renault, Formula 3 and GP3 series, winning the championship in the latter last year with ART. The win secured him a place in the Renault Sport Academy for 2019 and placed in F2 with BWT Arden. The Frenchman also won two races this season at Monaco and at Paul Ricard in France to further boost his confidence. He hoped to make it F1 in the future joining his compatriots Charles Leclerc, Esteban Ocon and Pierre Gasly. He was placed eighth in the overall standings in F2.

In a statement about Hubert, Renault team principal Cyril Abiteboul said, "Our thoughts are with Anthoine's friends and family at this tragic time. Anthoine was a bright young man. His performance and conduct on and off track was that of a true gentleman and it was a pleasure and honour to have had him within our Academy. He will be sorely missed by our teams at Enstone and Viry. His spirit will remain with the team and we will race in his memory."

The extremely tragic incident has once again served a reminder of the dangers of motorsport. Tributes poured in for Hubert from other teams, drivers and fans on social media.

Reigning F1 world champion Lewis Hamilton wrote on Instagram, "This is devastating. God rest your soul Anthoine. My prayers and thoughts are with you and your family today. If a single one of you watching and enjoying this sport think for a second what we do is safe your [sic] hugely mistaken. All these drivers put their life on the line when they hit the track and people need to appreciate that in a serious way because it is not appreciated enough.

He further added, "Not from the fans nor some of the people actually working in the sport. Anthoine is a hero as far as I'm concerned, for taking the risk he did to chase his dreams. I'm so sad that this has happened. Let's lift him up and remember him. Rest in peace brother."

Can't believe it, we had the same age, we started racing together and battled on track for years.
All my thoughts goes to his family. Repose en paix Anthoine pic.twitter.com/ud5U7k4UAQ

Anthoine was a fantastic driver who had a bright future ahead of him.

He was kind to everyone, always smiling, and his positive attitude was infectious.

Out of respect, Sunday's F2 Sprint Race has been cancelled. pic.twitter.com/mvQzUxuGWi

McLaren driver Lando Norris said, "Rest in peace Anthoine", while the team added, "It is with deep sadness that McLaren Racing learns of the passing of Anthoine Hubert in today's Formula 2 race. The team sends its heartfelt condolences to Anthoine's family and loved ones, his colleagues at the Arden team, and the entire F2 community. The team's thoughts and best wishes are with Juan-Manuel Correa and his family."

I can not believe it. RIP my friend ❤ pic.twitter.com/vuiWBSMuPV

Absolutely shocked by the tragic accident of Anthoine Hubert. Terrible. My thoughts are with him and his family, friends, team and loved ones. #F2 pic.twitter.com/NzLTSfqmqT

Our deepest condolences with the Anthoine Hubert's family and friends during this difficult time.

Renault Lodgy
₹ 8.63 - 12.12 Lakh *
View More
Subscribe to Our Newsletter
Over 1.5+ Lakhs subscribers
Thank you for Subscribing to Us