The Japanese GP started with Sebastian Vettel on pole but a strong started catapulted Valtteri Bottas to P1 on the opening lap, which he retained till the end of the race, securing Mercedes' sixth consecutive constructors' championship. 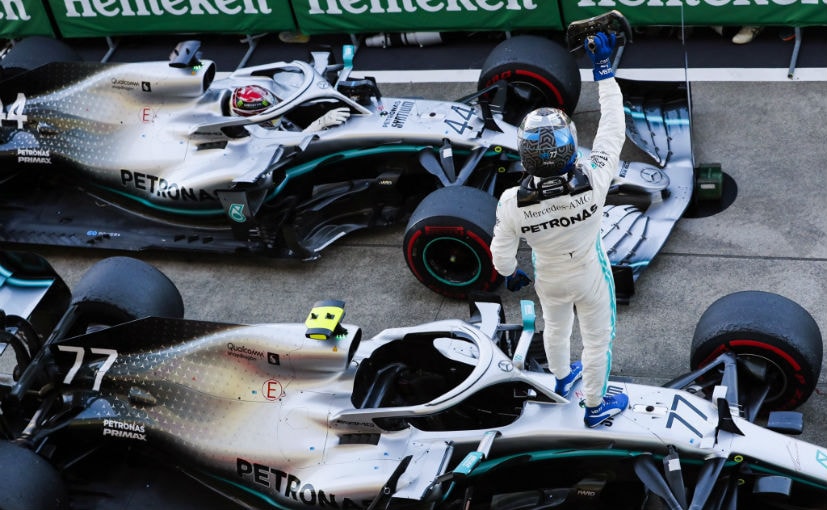 Mercedes-AMG F1 team has bagged its sixth consecutive constructors' championship as driver Valtteri Bottas won the high-octane Japanese Grand Prix. The weekend certainly saw its fair share of drama much before the lights turned green with Typhoon Hagibis, which pushed qualifying to Sunday. Ferrari's Sebastian Vettel qualified on pole, followed by teammate Charles Leclerc and Bottas in third place. The Mercedes driver had a strong start catapulting him to P1 on the opening lap, which was followed by Vettel and Lewis Hamilton finishing on the podium.

Bottas jumped off the start to pass Vettel to lead the Japanese GP from Turn 1. Vettel's start meanwhile, was under investigation after moving slightly before the lights went out. While stewards did not penalise the Ferrari driver, he lost time at the start, subsequently losing the lead for the race. The second-placed Leclerc dropped significantly after the first corner as a fast-starting Red Bull's Max Verstappen swept past Hamilton and Leclerc to move into the P3 at Turn 1. But, Leclerc ran deep into Turn 2 and went wide colliding with the Dutchman that sent the latter off-track while damaging his own front wing. 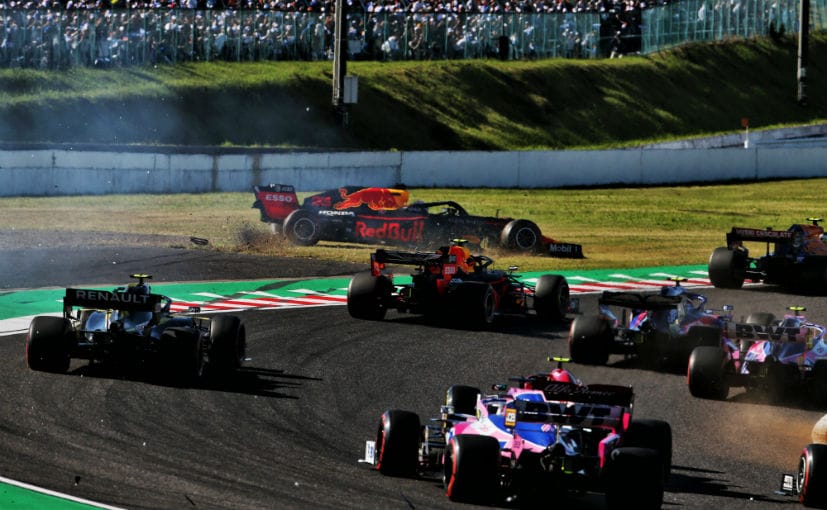 The incident dropped sparks and debris on the track as Leclerc continued over the next two laps, much to the ire of Hamilton as it broke the W10's right-side wing mirror. The Ferrari driver finally decided to pit on Lap 3, dropping at the back of the field. Verstappen continued to race but a damaged car meant he was forced to retire on Lap 15 after a failure to continue further. The clash did warrant an investigation from the stewards.

At the top, Vettel was now charging on the first-placed Bottas, while denying Hamilton P2. The German though was the first to pit on Lap 16, followed by Bottas a lap later and Hamilton on Lap 18. The pit strategy allowed Bottas to extend his lead further over the Ferrari and continued to maintain a significant gap over the rest of the pack.

The top three drivers chose a two-stop strategy and retained the positions without much change through the remaining laps. Hamilton found an opportunity to pass Vettel with five laps to go, and the latter was within the DRS range as well, but the Ferrari driver held on to his second place. The Briton had another chance with three laps left when Vettel got stuck at the final chicane, but Hamilton misses the chance on the straight to attack. 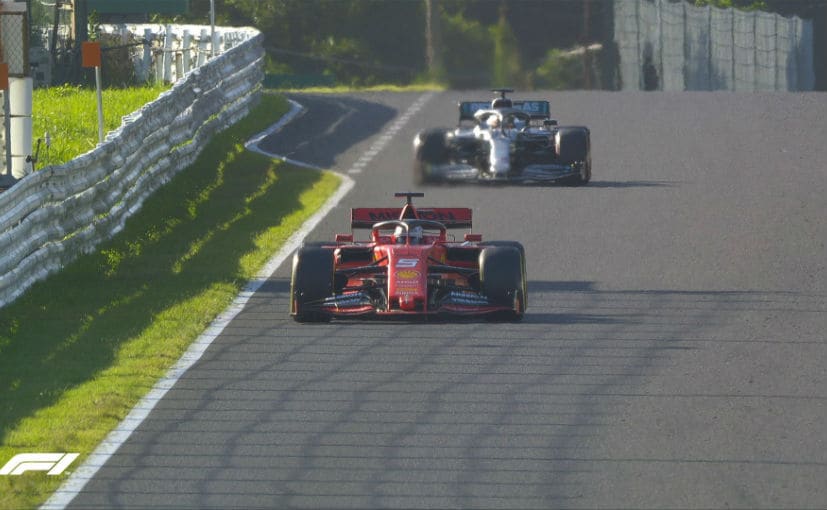 Bottas comfortably took the win over Vettel with a lead of 13.343s, while Hamilton finished barely 0.515s later after putting up a tough fight against the former world champion. Bottas' win brought home the constructors' title for a record sixth season, while also trimming Hamilton championship lead to 66 points. There are still 104 points on offer with four races left.

Coming in fourth was Red Bull's Alex Albon, in what is his best F1 finish so far, despite a slow start behind both the McLarens. Speaking of which, Carlos Sainz Jr of McLaren finished fifth after a fantastic drive, but lost out to Albon for P4 after a tough fight. McLaren's second driver Lando Norris was another casualty of the Verstappen-Leclerc collision after the debris from the crash caught in his brake ducts, forcing him to pit early. He eventually finished 13th after running in the top 10 early on.

Charles Leclerc recovered to sixth after the dropping behind the field on Lap 3, showing incredible pace through the race. The driver would surely have changed the top three standings, had it not been for the opening lap incident. Coming in at P7 was Daniel Ricciardo after running the longest stint on medium tyres and then switched to softs towards the end that gave him the much-needed pace to overtake multiple cars in the final laps including that of Toro Rosso's Pierre Gasly at P8, Sergio Perez of Racing Point at P9, and Renault's Nico Hulkenberg who took the final point at P10.

Finishing outside of points was Lance Stroll of Racing Point, followed by Daniil Kvyat of Toro Rosso. Kimi Raikkonen of Alfa Romeo finished 14th behind Norris, finishing ahead of Romain Grosjean of Haas, and teammate Antonio Giovinazzi. Haas driver Kevin Magnussen finished 17th ahead of both Williams drivers George Russell and Robert Kubica.

With the sixth straight constructors' championship, Mercedes now matches Ferrari's record from 1999-2004. It is also clear now that the next world champion will be either Hamilton or Bottas.