Lewis Hamilton secured his sixth win in the British GP in what was an absolutely dramatic race from start to finish. 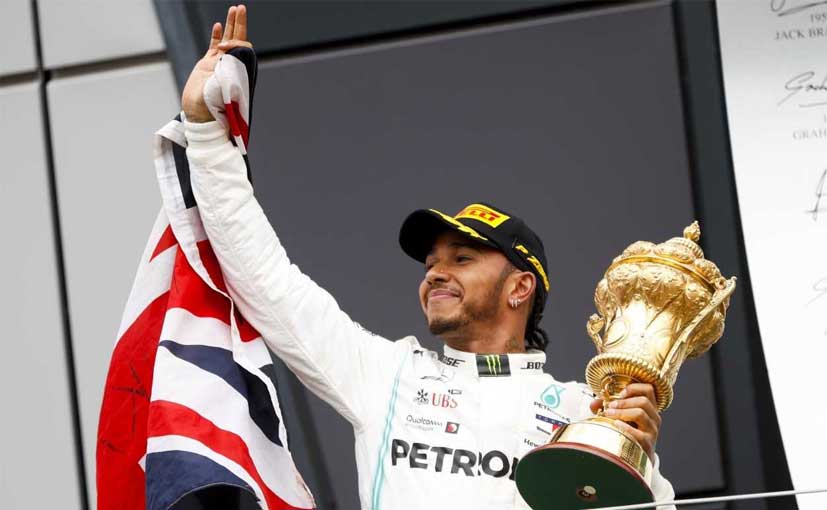 It has turned out to be spectacular Sunday for sports enthusiasts in England with the ICC Cricket World Cup final, Wimbledon Men's final and the British GP, all happening simultaneously. The Formula 1 British Grand Prix turned out to be by far the most dramatic of 2019 with close overtakes, crashes and some genuine wheel-to-wheel action in the play.  Emerging on top turned out to be Mercedes driver Lewis Hamilton as he beat his teammate Valtteri Bottas to take another of win of the season. In fact, this is Hamilton's sixth win at Silverstone as he edges further towards the world title with a lead of 39 points. Finishing second on the podium was Bottas while Scuderia Ferrari's Charles Leclerc secured third place after a dramatic fight for the spot. Starting on pole, Bottas led the race for the first part fending off attacks from Hamilton

The British GP had Mercedes dominating the front with Bottas being the faster driver. The Finn driver maintained the lead as the lights turned green and kept Hamilton in second place. The W10s were followed by Leclerc and Verstappen at P3 and P4 respectively on the opening lap. Hamilton closed in on Bottas a couple of times but didn't have a chance to overtake. Both the Mercedes cars soon broke from the rest of the field as Bottas was 0.006s clear of the reigning world champion. By Lap 4, Hamilton found his first opportunity to pass Bottas before the Finn managed to reclaim the lead.

At the back, Verstappen was pressuring Leclerc in a battle for P3 but didn't find an opportunity to pass despite multiple attempts. The driver though found the chance on Lap 20 when the safety car was deployed after Alfa Romeo's Antonio Giovinazzi locked his rear wheels and slid into the gravel. Hamilton, who was following a one-stop strategy to pit and change to hard tyres, along with Ferrari's Sebastian Vettel, who was running sixth until then, decided to pit behind the safety car extending their stints over other drivers and rejoined in first and third place respectively, with Bottas running at P2. Bottas had to switch to a two-stop strategy after not pitting under the safety car.

At the restart on Lap 25, Bottas was unable to catch up to Hamilton who had built a sizeable lead of a couple of seconds. He did pit on Lap 45, just seven laps before the chequered flag that allowed Hamilton to built a substantial lead of 24.928s over his teammate. Bottas though remained unchallenged for most of the race with W10's pace being unmatched. There was a lot more action at the back with Leclerc and Verstappen battling for P3. The Red Bull driver had managed to squeeze ahead to P3 while exiting the pits on Lap 14, but the Ferrari managed to regain the lead soon after. However, Red Bull decided to pit Max when the safety car was deployed and he joined in fifth place, while Ferrari called Leclerc in a lap later, and saw the rookie driver rejoin in sixth place. The drivers were back in a wheel-to-wheel fight by Lap 25. However, the Australian driver showed better pace and passed teammate Pierre Gasly who running fourth to then attack Vettel.

The big attack happened on Lap 37 when Verstappen ran wide on the outside at Stowe and Vettel tucked into his slipstream on the run down to Vale. With nowhere to go, Vettel slammed into Verstappen car, pitching the latter in the air briefly. As the cars rejoined, Verstappen couldn't improve his run from P5, while Vettel was pushed behind finishing to P15 attracting a 10 second penalty, just ahead of Robert Kubica (Williams) and Sergio Perez (Racing Point).

The incident cleared the way for Leclerc to finish third, over six seconds clear of Bottas while Gasly secured his best-ever result with Red Bull finishing fourth ahead of his teammate. The Vettel collision promoted Carlos Sainz Jr of McLaren to sixth, followed by Renault's Daniel Ricciardo and Alfa Romeo's Kimi Raikkonen at P7 and P8 respectively. The final points were picked up by Torro Rosso's Daniil Kvyat at P9 and Nico Hulkenberg at P10. 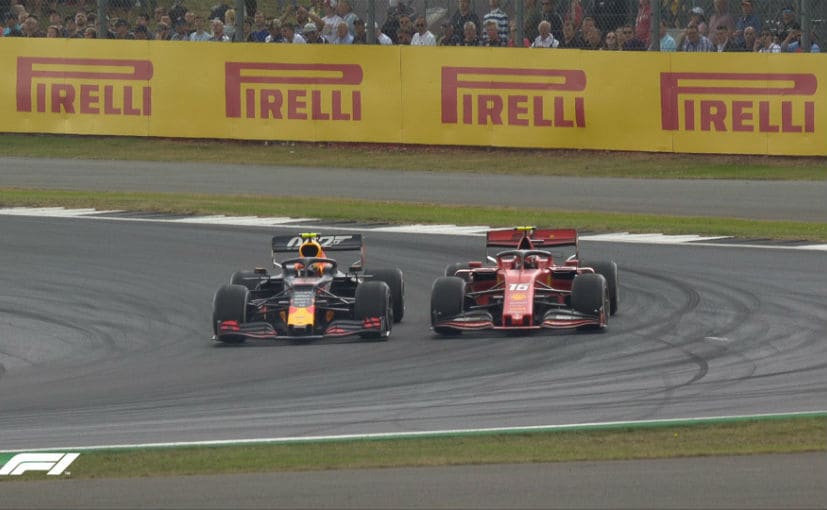 Charles Leclerc showed incredible pace as he battled against Verstappen for most of the race, before passing Gasly in the final stages

McLaren's Lando Norris settled for 11th in his first home race ahead of Alex Albon of Torro Rosso. Finishing 13th was Lance Stroll (Racing Point), followed by George Russell of Williams in 14th place. The Haas cars driven by Kevin Magnussen and Romain Grosjean were the other retirements apart from Giovinazzi after colliding on the opening lap.