The first official look at the 2021 F1 car design showcases the new front wing, shorter rear wing, new side pods and the larger 18-inch wheels that will feature on the car. 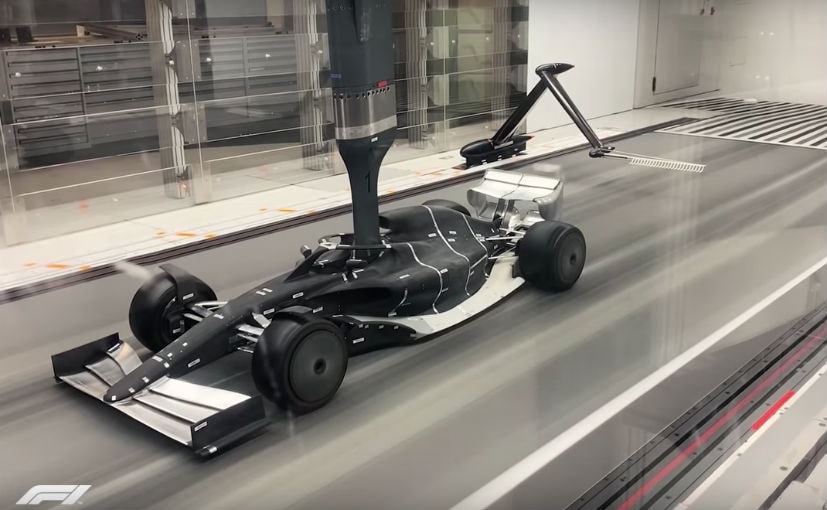 It's no surprise that Formula 1 is heading for a complete overhaul with the next decade and we got a first real glimpse at this change with the 2021 F1 car design. A recent video released by F1 showcased the 50 per cent sized model of a 2021 F1 car testing at Sauber's wind tunnel in Switzerland. This, of course, isn't the final design but gives a close look at what the final race car will look like. Notable changes include the shorter front wing, new floor design, newly contoured side pods and the shorter rear wing. The rear diffuser too gets a simpler design. We also get a good look at the new 18-inch wheels with Pirelli tyres and slimmer sidewalls, which will replace the current 13-inch units. F1 does say that the front wing will evolve as testing continues but the new side pods and smaller rear wing are likely to remain the same. 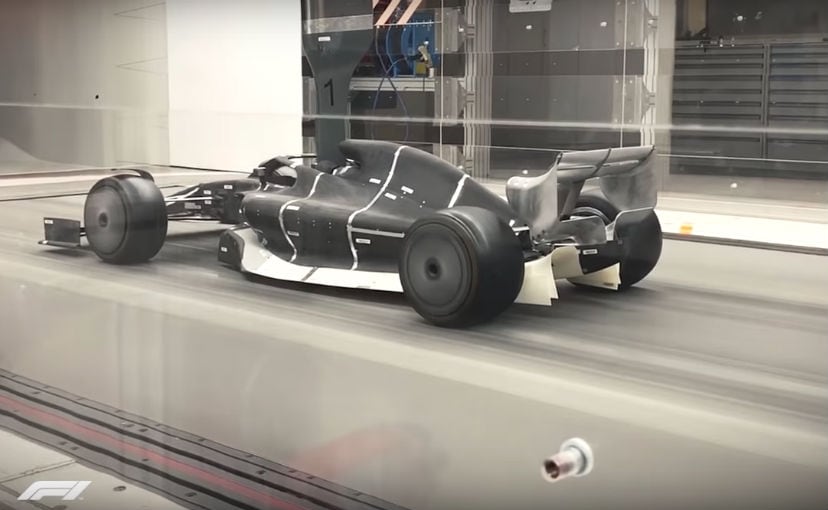 The shorter rear wing is here to stay, while another welcome addition are the new 18-inch wheels

The 2021 F1 car will work on reducing the wake disruption in order to facilitate more passes and overtakes. The disruption level on current cars stands at 50 per cent, which makes it difficult for the following car to pass or come close, thereby reducing the number of passes in recent seasons. This has been one of the key concerns for the sport in general. F1 says the new cars will have a disruption of just 5-10 per cent and a change that both drivers and spectators will be looking forward to.

Speaking on the latest round of testing, F1's Chief Technical Officer Pat Symonds said, "The wind tunnel testing we are doing is slightly different to what the teams might do. The teams concentrate solely on the forces on the car, through a variety of attitudes as they move the car around. While we naturally have an interest in what those forces are and particularly how those forces change as the car moves, we're even more interested in what is happening to the turbulent air behind the car." 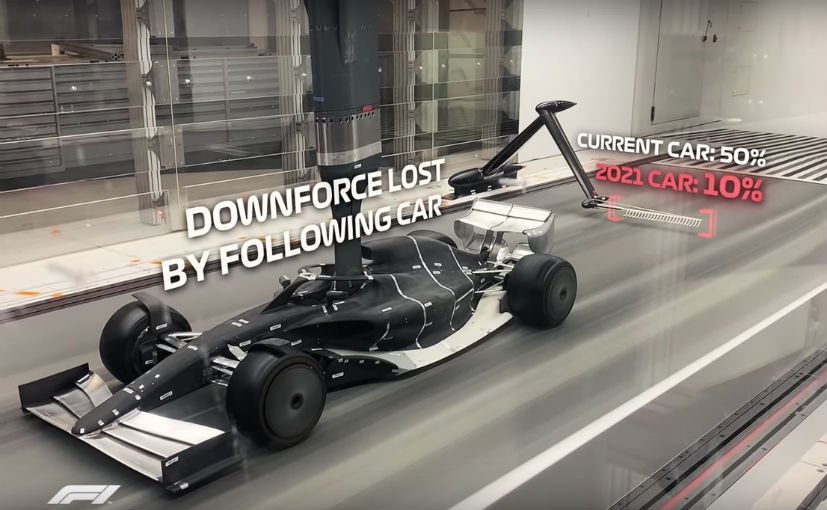 F1 and the FIA have spent an incredible amount of time, effort and resources in developing the 2021 car with the help of  CFD (Computational Fluid Dynamics), which is using some advanced techniques that aren't commonly adopted by the teams. The CFD development will be backed up by virtual and physical simulations.

"For that reason, although we are doing most of our development in CFD, and that CFD is using some pretty advanced techniques which aren't commonly used by the teams, we want to back up the virtual simulations with a physical simulation. We also chose to use a 50% model rather than a 60% model and we chose to run that model quite a long way forward in the wind tunnel, so this gave us the opportunity to best inspect the wake of the car," Symonds added further.

It's not just more passes that will be the key improvement on the 2021 F1 car. The new cars are also expected to lower development costs for the teams, which will make the sport overall more financially viable, especially for the independent teams. The new design is also expected to bring a more levelled playing field for all teams, which should averse a single team dominated season in favour of a more competitive field. We do expect to hear more about the new F1 cars for another year, along with new teams, engines, drivers and technologies set to feature what is the pinnacle of motorsport.