This is the first Lamborghini Urus SUV in India and there are more coming soon with the Italian automaker exhausting the number of cars allotted for our market. 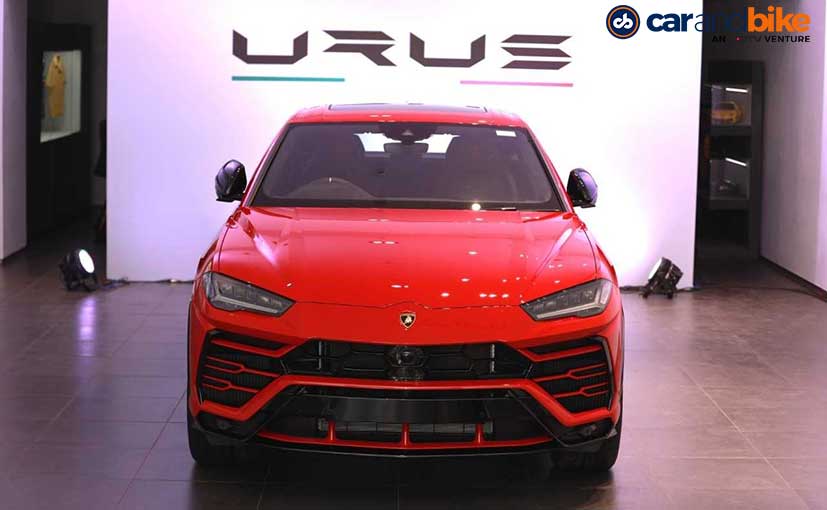 Ever since we laid our eyes on the Lamborghini Urus SUV in December 2017, we wanted the car to come to India. We in fact even drove it and have been waiting for it to come to India. Lamborghini wasted no time in launching the car in India. At ₹ 3 crore it isn't cheap, however, there are takers in India and the first Lamborghini Urus was delivered today to a customer in India. This is the first Urus in the country and there are more coming because as we've already told you, that Lamborghini has exhausted almost all the Lamborghini Urus SUVs allotted for India, for the year 2018. This means, if you are planning to get one today you will have to wait till early 2019 before you can get your hands on the car.

However, there were a lucky few who got their hands on it and well, the first one is already here and the rest will follow soon. Sadly Lamborghini India hasn't yet revealed the number of cars allotted for the country and though they might not be much, we think seeing this beautiful beast on the road will cheer you up for sure. 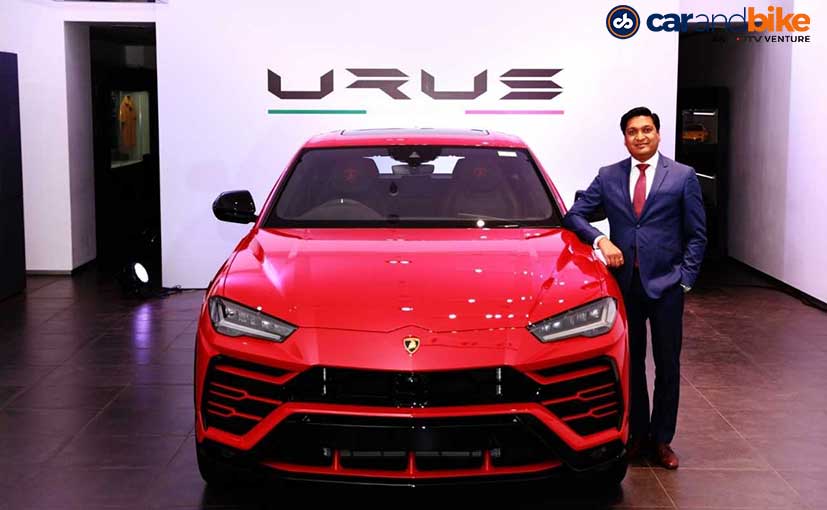 The newest Lamborghini is based on the MLB platform that underpins the Bentley Bentayga, Porshce Cayenne, and the Audi Q7. Lamborghini retains its extravagance with the Urus as well, but this one certainly looks a lot more practical. The rear doors are to blame for that. The front gets a chunky mesh grille and laser sharp LED headlights. The rear gets a coupe roofline with a raked windscreen. The LED taillights extend across the tailgate with the Lamborghini moniker in the centre and a diffuser sits at the bottom adding the aggressive sporty punch. The Urus has also grown wider at the rear over the concept and looks more Italian here.

Also Read: Lamborghini Urus Sold Out Till 2019 In India

Sporting a front engined layout, the Lamborghini Urus gets a 4.0-litre Twin Turbo V8 engine, a first turbo in the automaker's history, which can easily find its place beside the Aventador and Huracan. The engine is tuned to produce 641 bhp and 850 Nm of peak torque, while the performance SUV can hit the 0-100 kmph in 3.6 seconds and 200 kmph in 12.8 seconds. The Urus has a top speed of 305 kmph, which is not bad at all for something that weighs 2.2 tonnes. Oh, by the way, the Urus is also the fastest SUV in the world. The V8 engine is paired with an 8-speed torque converter, and comes with a central torsion differential 4 Wheel Drive with torque vectoring rear differential.