The BMW R 1250 GS has finally made its public debut at the ongoing EICMA show in Milan Italy. The bike is expected to come to India sometime next year. 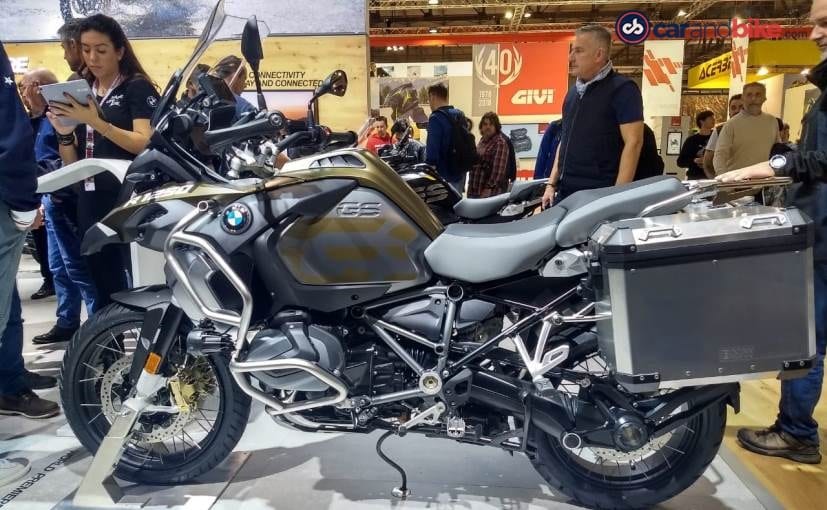 BMW Motorrad has finally pulled the wraps off the new 2019 BMW R 1250 GS adventure tourer at the ongoing EICMA 2018, in Milan. The bike has been revealed to the public just a couple of months after BMW released the official specifications and images of both the standard GS and the Adventure variants. The model in the images is the top-spec BMW R 1250 GS Adventure that is a more off-road friendly version that comes with spoked wheels, crash guard, hand guards and metal panniers, among others. The new 2019 BMW R 1250 GS and the R 1250 GS Adventure are powered by a new 1,254 cc boxer-twin engine that now comes with a variable valve timing system, which BMW calls 'Shiftcam Technology'. The system adapts to control throttle response and offer bottom-end and mid-range torque to propel the motorcycle through constantly changing surfaces, providing grip and low-end grunt and traction in challenging terrain. The engine also comes with a longer stroke and a bigger bore thus gaining 9 per cent more power and 14 per cent more torque. The motor now makes 136 bhp at 7750 rpm and 143 Nm at 6,250 rpm. 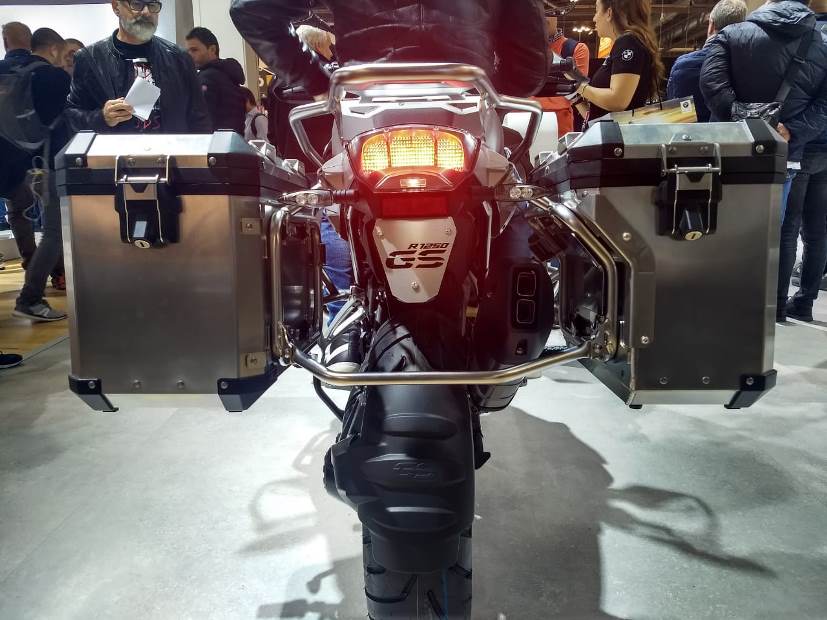 Other features include a multi-functional instrument panel with a 6.5-inch full-colour TFT display, revised LED headlamps and LED daytime running lamp. Visual updates include a redesigned fuel tank, intake ports, a brushed aluminium radiator guard, and new graphics. The bike now comes with three colour options of matte grey, black and the tricolour HP scheme of white, blue and red with gold rims. The bike is expected to come to India sometime in 2019.