Otherwise known for flying SUVs in movies, director Rohit Shetty loves his cars and has added a new Italian exotic to his garage with the Lamborghini Urus. 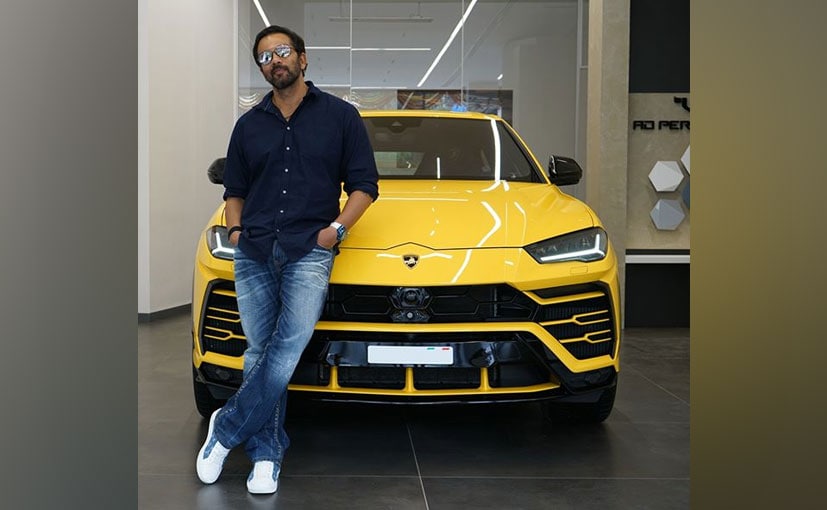 The Lamborghini Urus has turned out to be a money-spinner for the brand globally. The SUV has found a lot of acceptance among the uber-rich, and there's certainly a liking towards one of the world's fastest SUVs that makes it so popular. In India too, Lamborghini has sold over 50 units of the Urus in a year with the performance SUV finding home amidst a number of rich and famous. Joining this league is movie director and car aficionado Rohit Shetty that recently took delivery of his Lamborghini Urus worth ₹ 3 crore (ex-showroom). The automaker's Mumbai dealership shared an image of the director on social media with his newest prized possession that joins a number of exotics in his garage.

Known for his high-on-entertainment films, Rohit Shetty has a penchant for making SUVs fly on screen by the truckloads. We do not expect him to do the same with the Lamborghini Urus though, but the director will certainly enjoy as the G-forces kick-in with all that power available. The SUV draws power from the 4.0-litre Twin Turbo V8 engine tuned for 641 bhp and 850 Nm of peak torque. The motor is paired with an 8-speed torque converter and gets central torsion differential Four Wheel Drive with a torque-vectoring rear differential.

An extraordinary car for an extraordinary personality. Lamborghini Mumbai delivers Urus to one of India's most successful filmmakers - @itsrohitshetty. The imposing design and versatile performance of Urus truly reflects his personality. With its distinctive silhouette with a dynamic flying coupé line, Urus is the perfect masterpiece he needed. #Lamborghini #LamborghiniMumbai #Urus #sincewemadeitpossible

The superlative power figures translate in some incredible performance times with 0-100 kmph coming up in 3.6 seconds, 0-200 kmph in 12.8 seconds and a top speed of 305 kmph. The best part, the Urus is a five-seater, which means you can enjoy the incredible performance with friends and family. It is capable of mild off-roading too and gets dedicated off-road modes called Terra, that join the four driving modes - Strada, Sport, Corsa and Neve (Snow).

It's not clear if the new bright yellow Lamborghini Urus joining Shetty's garage is an addition or replaces any of his existing vehicles. The filmmaker has had some very interesting cars in his garage previously including the Ford Mustang, Range Rover Sport, Maserati GranTurismo Sport and more. In an interview recently, the 46-year-old stated that he tends to keep the cars that survive the shoots (we presume a lot of Mahindra Scorpios) that end up in his basement. The cars are later used for other shoots, and he takes them out for a spin at times. Apart from Rohit, a number of celebrities own the Lamborghini Urus in India including the Ambanis, the Poonawallas, Kannada movie actors Darshan Puneeth Rajkumar as well as actor Ranveer Singh to name a few.