Diesel Prices Might Drop By Rs 2.50/litre After State Polls 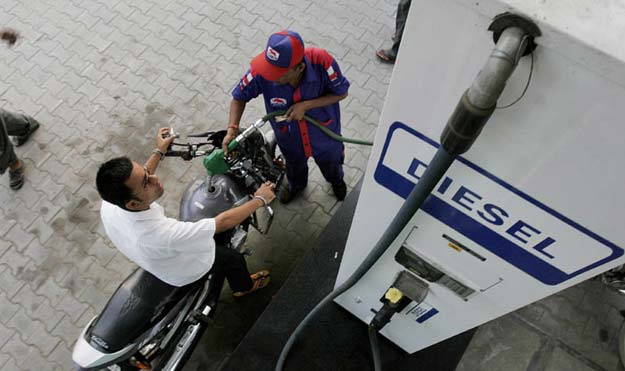 A Rs 2.50 per litre cut in diesel prices and a little less than Re 1 a litre on petrol is in offing as international oil rates fell to a 27-month low. Prices may be cut after Maharashtra and Haryana assembly elections are completed on October 15, sources privy to the development said.

The drop in rates will result in profit on sale of diesel expand from Rs 1.90 a litre calculated based on average rate prevailing in the second half of September.

Despite wiping out of under-recoveries or the difference between retail selling price and its imported cost, on sale of diesel on September 16 and the subsequent resultant over- recovery to Rs 1.90, the government has not cut rates due to election code.

Petrol on the other hand, had been deregulated in June, 2010 and rates have since then moved every fortnight in tandem with the cost. Petrol rates last cut by 54 paise on October 1 in line with international trend.

Sources said a petrol price revision will take place on its due date of October 15 as per the practice of fixing rates on 1st and 16th of every month based on average international prices in the previous fortnight.

It is unclear if diesel price review would also happen on the same day. Though desired diesel prices are also calculated as per the fortnightly formula, the commodity continues to be under government control.

Sources said the Oil Ministry is of the view that while the Cabinet Committee on Political Affairs (CCPA) on January 17, 2013, allowed a monthly increase in diesel price of 40-50 paise per month to wipe out the under-recovery, it wasn't envisaged that there would be over-recovery.

Despite the over-recovery, diesel prices have not been deregulated or freed yet.

Softening international oil rates have meant that diesel under-recovery or the difference between retail price and its imported cost was wiped out and there was an over-recovery of 35 paise a litre from September 16. This over-recovery swelled to Rs 1.90 a litre on October 1 and is further projected to rise to Rs 2.50.

Oil industry wants diesel rates to be reduced to protect their market share which they otherwise would lose to private retailers who price the fuel in tandem with international prices.