Defending champion Aabhishek Mishra managed to retain the lead at the end of Leg 3 of the 2019 Desert Storm as Gaurav Gill moved down to P8; while TVS Racing's Adrien Metge dominated the Moto category albeit with close competition from Hero's CS Santosh. 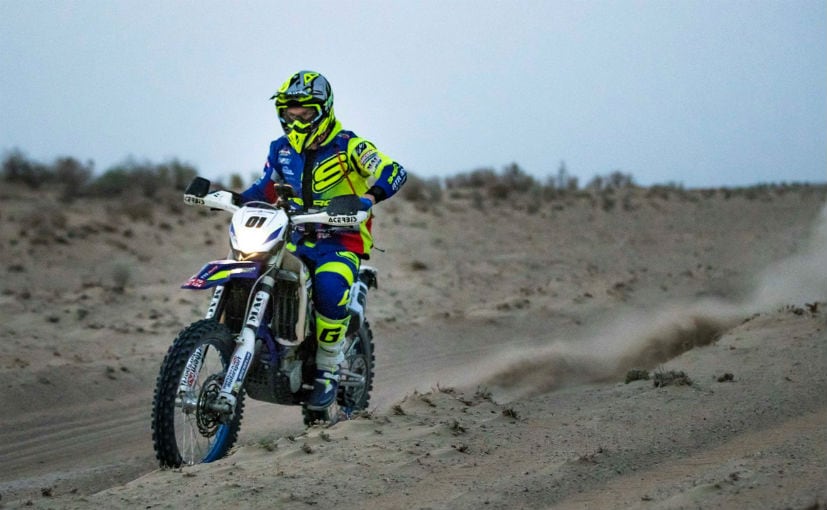 The third day of the 2019 Desert Storm saw a number of drivers move up the order while several fan favourites struggling to keep pace during the lengthy stage. Cementing his lead from yesterday, Aabhishek Mishra with co-driver Srikanth Gowda of Team Sparky Garage held on to the lead in the Xtreme category finishing Special Stage 6 (SS6) in 02h49m49s driving the Maruti Suzuki Vitara. Meanwhile, Samrat Yadav with co-driver Kunal Kashyap moved up the leaderboard to finish the day in second place in 03h00m44s. Mishra's teammate Capt. AVS Gill with Diwakar Kalia finished the day in third place 03h03m01s, solidifying the team's position in the rally.

Lhapka Tsering and co-driver V Venu Rameshkumar showed tremendous progress over the day to finish at P4 and posted one of the best times completing SS6 in just 02h53m46s. It wasn't the best day for APRC champion Gaurav Gill with co-driver Musa Sherif of Team Mahindra pushed down to P8 taking 04h09m26s to complete the stage.

The Moto category in the 2019 Desert Storm continues to be dominated by TVS Racing's Adrien Metge. The Frenchman retained his lead with a total time of 05h16m49s, but coming in a very close second was Hero MotoSports rider CS Santosh just six minutes of the race leader. Santosh was also the fastest through SS6 with a time of 02h44m30s, helping him narrow the gap over Metge, who completed the stage in 02h46m40s.

Adrien Metge said, "The marathon stage has been the toughest so far in the rally with complex navigation and blazing heat. I found good momentum early and looked to maneuver the bike smoothly in the landscape. Tomorrow is the final day of the rally and will be a short stage so it is important for me to stay in the lead and win it for the team. " 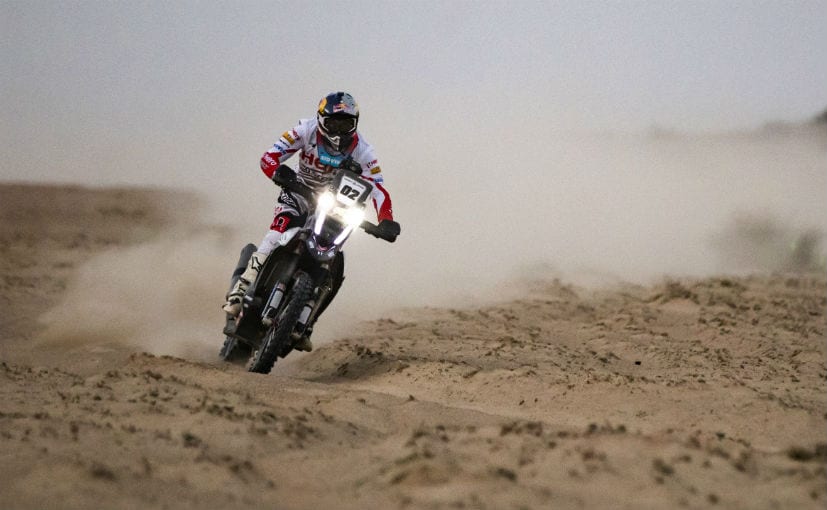 Commenting on his performance, CS Santosh said, "This is my first race after the Dakar so I was a bit rusty on the first day. I've finally started to enjoy being back and racing here in Rajasthan. Today was a better day for me; I rode really well," CS Santosh remarked after his rise. Metge is an incredible rider. But I'm trying my best and I feel I'm pretty much there. I've lost the Desert Storm in the last three years while being on the top of the table. So, I know anything can happen here. Tomorrow is a long day because it starts with a 190 km stage; I'm looking forward to perform my best in that stage."

Coming in third overall was TVS' Abdul Wahid Tanveer who was also faster than Metge during SS6 and recorded the fastest time of 02h45m56s. TVS' R Nataraj finished in fourth place, while teammate   Rajendra RE has retained his ranking at P5. After a promising start in the rally, TVS Racing's Aishwarya Pissay, who had broken into top 10 yesterday, could not start the stage due to a technical issue.

With temperatures over 50 degrees Celsius, the rally saw eight more bikers and four drivers in the Xtreme category retiring at the end of Day 3. Tomorrow will be the final leg of the rally, which will include 220 km in the sand dunes of Jaisalmer.