CFMoto has partnered with Bangalore-based AMW Motorcycles to assemble its motorcycles in the country and set-up its sales and service network. 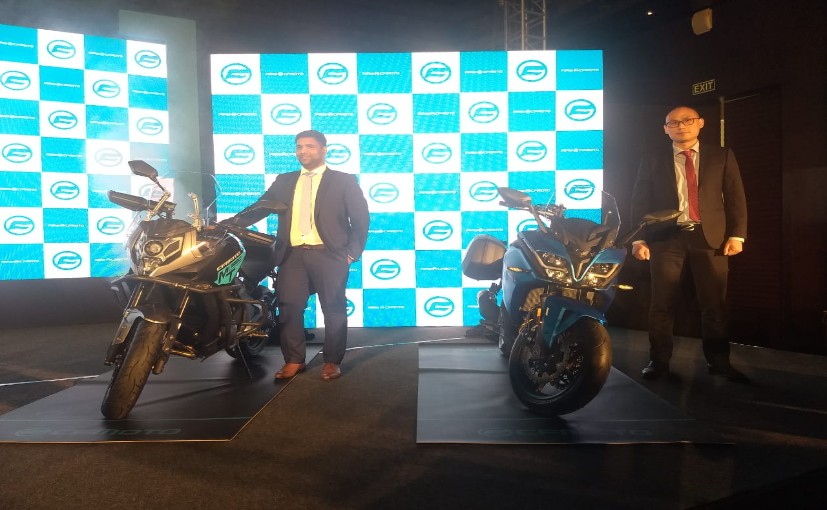 View Photos
CFMoto has partnered with Bangalore-based AMW Motorcycles to assemble its motorcycles in India.

Chinese motorcycle manufacturer CFMoto today officially began its India operations with the launch of four new motorcycles - CFMoto 300 NK, 650 NK, 650 MT and 650 GT, prices starting at ₹ 2.29 lakh which goes up to  ₹ 5.49 lakh (ex-showroom). For its India operations, the company has partnered with Bangalore-based AMW Motorcycles to assemble its motorcycles in the country and set-up its sales and service network. The bikes are manufactured in China and will come to India as Completely Knocked Down (CKD) kits. The bikes will be assembled at AMW's facility near Hyderabad.

The entry-level CFMoto 300 NK will rival the likes of the KTM 250 Duke and Yamaha FZ25 in India. The bike boasts of sharp styling with minimal bodywork and comes with smart features like - LED headlamp, TFT instrument console, wide handlebar and more. The bike also gets a Trellis frame, front USD forks, and rear monoshocks. Also, the bike runs on a set of 17-inch alloy wheels shod in 110/70 tyres at the front and 140/60 section tyres at the back. Braking is handled by disc brakes at either end and dual-channel ABS. Power comes from a 292 cc motor that will churn out about 33 bhp and 20.5 Nm, while paired with a 6-speed gearbox. With a kerb weight of 151 kg, the 300NK promises a healthy power-to-weight ratio.

All the three other motorcycles including the 650GT is powered by the same 649cc twin-cylinder engine.

The other three motorcycles - 650 NK street-fighter, 650 MT adventure tourer and the 650GT sports tourer, all share the same 649 cc twin-cylinder engine, but is tuned differently for each bike. In the 650 NK, the engine makes about 60 bhp and 56 Nm of peak torque. As for the CFMoto 650 MT, the adventure tourer is tuned to make about 69 bhp and 62 Nm of peak torque. It also gets a large fairing and higher kerb weight at 213 kg, which is about 7 kg more than the 650NK. Meanwhile, the sports tourer CFMoto 650 GT churns out about 60 bhp and 58.5 Nm of peak torque from the same twin-cylinder engine.

The newly launched CFMoto motorcycles will be available for purchase at AMW dealerships coming up in Hyderabad, Bangalore, Mumbai, Pune, and Chennai.