Car Sales September 2019: SUVs Demand On The Upswing During Festive Season, Despite Slowdown

Heavy discounts on popular SUVs like the Maruti Suzuki Vitara Brezza and Hyundai Creta has helped the UV segment to record positive growth while sales in all other segments have declined. 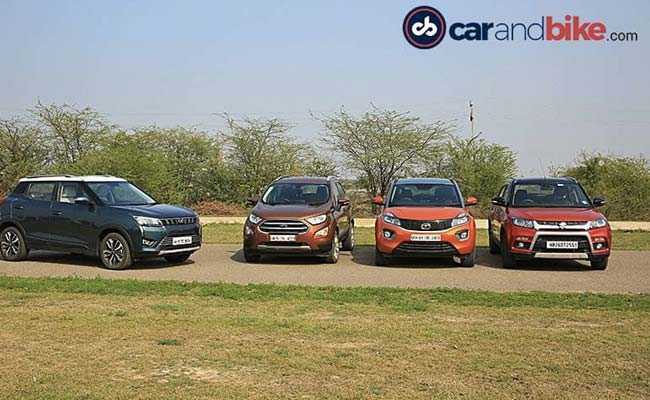 View Photos
The UV segment has recorded a growth of 5.49 per cent in September 2019.

Heavy discounts on some of the highly popular SUVs, like the Maruti Suzuki Vitara Brezza and Hyundai Creta, have managed to spur the demand in the UV segment. At a time when the entire auto industry is undergoing a prolonged slowdown and overall PV sales have recorded a double-digit sales decline, the UVs segment has shown a substantial improvement. According to data published by the Society Of India Automobile Manufacturers (SIAM), Utility Vehicles have recorded a growth of 5.49 per cent in September 2019 selling 81,625 units as compared to 77,380 units which were sold in the same month last year.