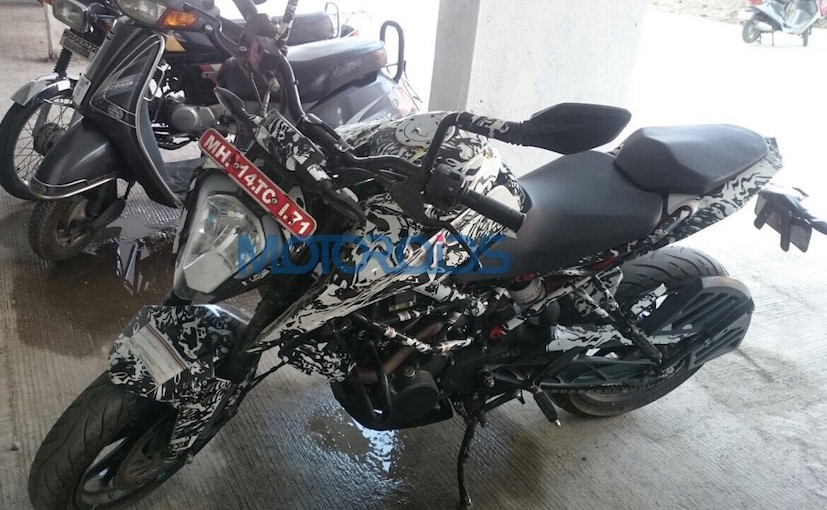 KTM India is all set to raise the benchmark once again when the new generation Duke range arrives in the country later this week. While the 2017 KTM 390 Duke will be miles ahead of its predecessor; the 2017 200 Duke will also see significant updates and was recently caught testing on Indian roads just days ahead of its launch. The new generation Duke range will be officially launched in the country on 23rd February.

While the camouflaged test mule shares little about the new model, the new 2017 KTM 200 Duke will see major upgrades. The styling takes inspiration from the Super Duke R with the sharp fuel tank and revised headlamp. Unlike the 390 Duke though, the 200 does not get a full LED headlamp cluster and instead uses a halogen bulb with integrated LED DRLs. The Trellis frame has been tweaked with a new rear subframe and the seating has been contoured for better comfort. Much like the new RCs, we expect the new and more comfortable cushioning on the new 200 Duke, with a slight increase in the seat height. Interestingly, the digital instrument cluster from the existing Duke range continues on the new 200 as well; whereas the 390 Duke will be getting a larger LCD screen with phone mirroring tech. Other smaller yet significant changes on the 2017 KTM 200 Duke include the tank mounted ignition key, RC style grab rails for the pillion rider, wider rearview mirrors, improved ground clearance thanks to the new side-mounted exhaust, which replaces the underbelly unit seen on the outgoing model. A new saree guard is also part of the changes. 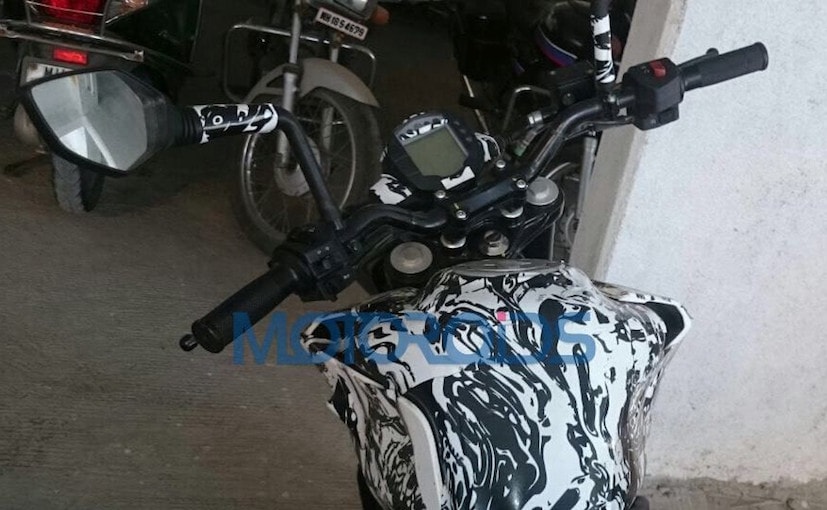 The existing digital console continues on the new 200 Duke

With respect to the powertrain, the 199.5 cc single-cylinder will continue to power the 2017 KTM 200 Duke. The motor, which is now BS IV compliant, makes the same 24 bhp of power and 19.2 Nm of torque, paired to a 6-speed gearbox. The refinement levels, however, will be better than the current model. Also, a change is expected in the weight of the model that will affect the power-to-weight ratio of the bike. The bike will continue with the MRF Revz tyres at the front and rear that offer appreciable grip. ABS, on the other hand, won't be seen time either.

Coming to the pricing, the 2017 KTM 200 Duke will see a marginal hike in numbers owing to the limited changes, which should keep the Austrian bike maker's entry-level model affordable for most. More details on the complete new Duke range will be available on 23rd February, so make sure to keep watch this space for all the updates.