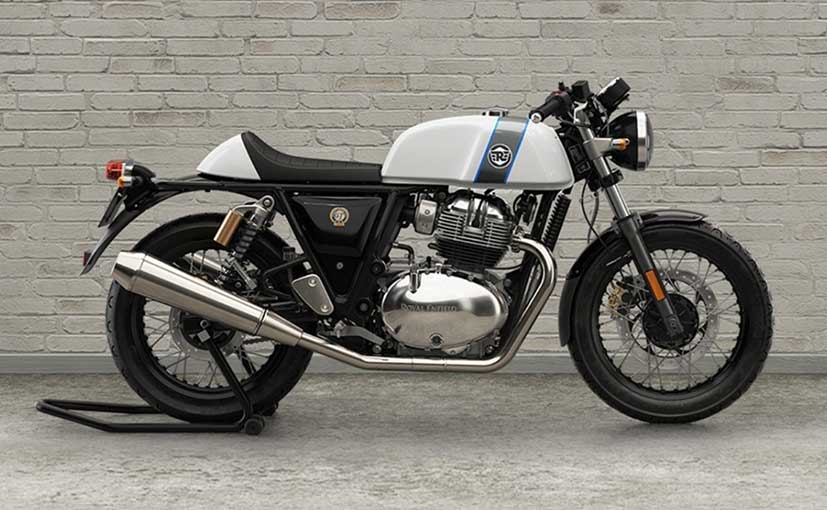 The prices for the Bharat Stage 6 (BS6) compliant Royal Enfield Interceptor 650 and the Continental GT 650 have been revealed, but not officially. The prices of the BS6 Royal Enfield Interceptor start at ₹ 2.65 lakh while prices for the BS6 Continental GT start at ₹ 2.80 lakh (ex-showroom, India). The top-spec chrome variants of the Interceptor and the Continental GT have been priced at ₹ 2.85 lakh and ₹ 3.01 lakh (ex-showroom, India). These prices are about Rs 9,000 more than the prices of outgoing BS4 models. Dealers in a few metro cities across India have also begun taking bookings for the same.

Both Royal Enfield 650 Twins get the same 649 cc, parallel-twin, air and oil-cooled engine which pumps 47 bhp at 7,250 rpm and churns out 52 Nm of peak torque at 5,250 rpm. Both the 650 Twins are powered by the same engine and get a slick-shifting 6-speed gearbox and are capable of speeds of over 160 kmph. There aren't expected to be any major changes in the drivetrain of the BS6 compliant 650 Twins, except for possibly minor changes in the ECU and throttle bodies and maybe a slight drop in torque and power outputs.

The company offers a bunch of accessories on the Royal Enfield 650 motorcycles and some of these include handlebar brace-pad priced at ₹ 600, fork gaiters at ₹ 850, engine guards at ₹ 2,900, short flyscreen at ₹ 1,500, pannier mounting kit at ₹ 1,600 and soft panniers priced at ₹ 6,000. The Royal Enfield Continental GT 650 can be had with a single-seat that is priced at ₹ 3,200 along with a cowl priced at ₹ 2,500. The Interceptor 650, meanwhile, gets a touring seat that aims to be comfortable for longer distances and comes with quilt stitching.