The Toyota Etios crash tested by the Latin NCAP was manufactured in Brazil and the car scored 4 stars in both adult and child occupant protection. 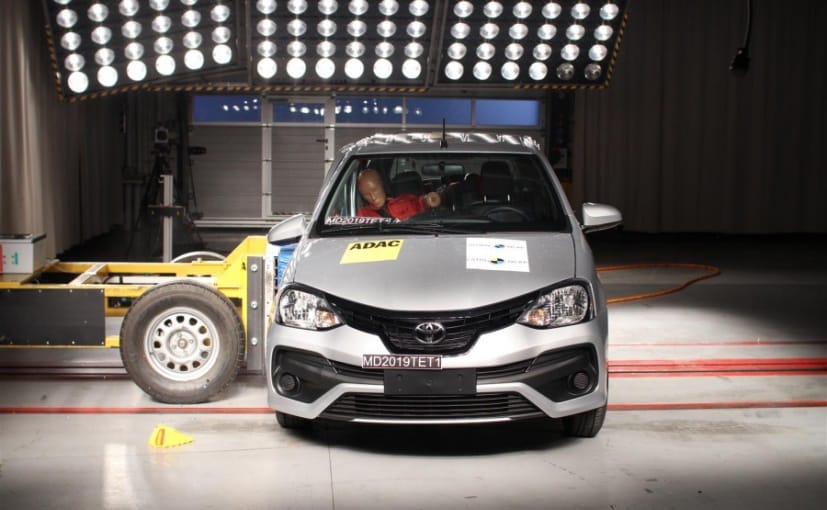 The Brazil-made Toyota Etios has bagged a 4-star rating for Adult and Child Occupant Protection in a recently conducted crash test by the Latin New Car Assessment Programme (Latin NCAP). The result was the same for both the Etios Hatchback as well as the Sedan version. The previous version of the Toyota Etios had also scored 4 stars in the earlier crash test. According to Latin NCAP, the Etios missed the maximum star rating for child occupants because of the lack of passenger airbag warning marking, lack of passenger airbag disconnection switch and the poor ISOFIX marking.

Ricardo Morales, Latin NCAP Chairman said that the Toyota Etios was one of the highly requested models by consumers to be tested by the NCAP. Acknowledging the carmaker's support towards Latin NCAP programme Morales said, "We encourage other manufacturers to have the same attitude, in order to offer Latin American and the Caribbean consumers with independent safety information when buying a new car. We make a call to all governments of the region to make independent consumer safety information mandatory and available to consumers in all new cars, with no minimum of star rating requirement. With this, vehicle safety will voluntarily improve very fast in the region and many lives will be saved". 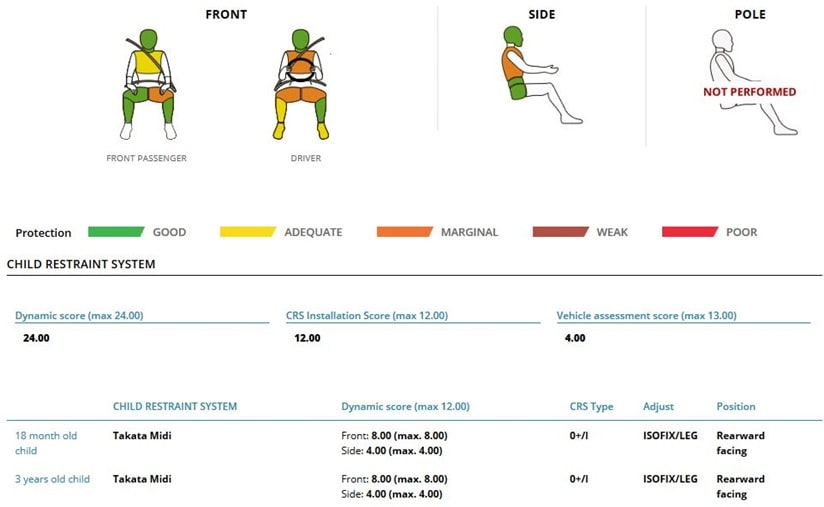 The Toyota Etios tested by the NCAP came equipped with dual front airbags as standard along with Electronic Stability Control (ESC). The NCAP report says that despite the structure and the footwell area of the model were considered unstable, the car showed marginal to good protection levels in both adults in front and side impacts tests. This in addition to features like Seat Belt Reminder (SBR) for both front seats and the ESC, made the Etios achieve the four stars for Adult Occupant Protection.

For child occupant protection tests, Toyota recommended the Latin NCAP to install both child occupants rearward-facing following the latest global best practices, which was confirmed with full protection score in the dynamic test for child occupants. Commenting on this process, Alejandro Furas, Secretary General of Latin NCAP said, "Once again it was proven that rearward facing CRS in children of 3 years old has relevant benefits."

Earlier, even the India-made Toyota Etios was awarded a 4-star safety rating by several New Car Assessment Programmes, including the Global NCAP and the South African NCAP.

Tata Tigor
₹ 6.39 - 8.58 Lakh *
View More
Subscribe to Our Newsletter
Over 1.5+ Lakhs subscribers
Thank you for Subscribing to Us