The three-member team to lead BMW Motorrad Team India were chosen from over 75 BMW GS owners who participated in the two-day event in Goa. HK Rickiey Naik from Bengaluru, Shakeel Basha from Coimbatore and V Sathyanath from Tirupur qualified to represent India at the International GS Trophy 2020. 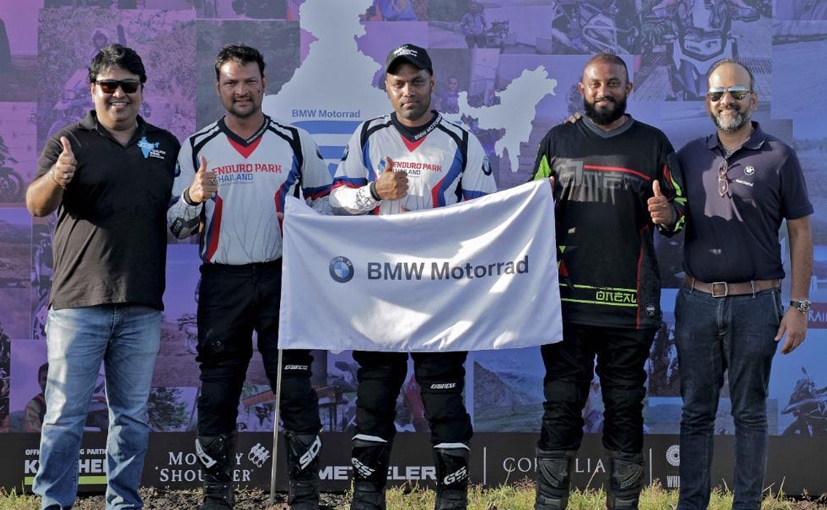 Three BMW GS riders from India - Rickiey Naik from Bengaluru, Shakeel Basha from Coimbatore and V Sathyanath from Tirupur have been selected after a two-day GS Trophy India qualifier event held in Goa to represent India. More than 75 BMW GS motorcycle owners from across India participated at the BMW GS Trophy Qualifier in India. The participants had to go through a gruelling first day of a series of exercises based on which the top 20 riders were selected and shortlisted to compete for the coveted three-member team. The riders had to battle out at various stages like hard-core adventure riding which also included teamwork challenges. They were then put through special test to prove their riding capability, techniques, navigation skills, fitness, mental alertness and navigation skills. The three winners will represent BMW Motorrad Team India at the International GS Trophy 2020 to be held in New Zealand.

"Friendly competition is good - it builds skills and a community of enthusiasts. We are delighted to introduce the second edition of GS Trophy qualifiers for our customers in India - 3 times bigger than last edition. Every meter was packed with pure enduro fun. GS riders battled out intensive stages and numerous challenges focusing mainly on team spirit besides demonstrating riding skills. It was a privilege to watch the riders endure, persevere and display their skills and camaraderie on the challenging exercises. We congratulate the three winners who will proudly represent India at the BMW Motorrad International GS Trophy final to be held in New Zealand," said Rudratej Singh, President and Chief Executive Officer, BMW Group India.

The Indian national qualifier round is held every two years which is a multiple day competition. The Seventh edition of the International GS Trophy will take place from February 9, 2020 to February 16, 2020 in New Zealand. BMW has chosen New Zealand because of the challenging terrains which includes mountain peaks with heights of over 3000 metres along with countless upwards and woodlands. Riders will be riding the BMW F 850 GS in the 2020 edition. The BMW Motorrad Team India will be competing against the teams from Australia, China, France, Italy, Japan, Latin America Malaysia / Philippines, Mexico, Middle East, Nordic, North Africa, Russia, South Africa, South Korea, Thailand, UK and USA. The GS Trophy is not a race, but is described as the ultimate adventure motorcycle event for amateurs, with special stages which pose major physical and mental challenges. The GS-riding international teams will go up against each other in a series of challenges, and not all involve riding.