Bentley Bentayga Speed Is The Fastest Production SUV In The World

The Bentley Bentayga Speed reclaims the tag of the ' World's Fastest SUV' from the Lamborghini Urus with a top speed of 306 kmph. 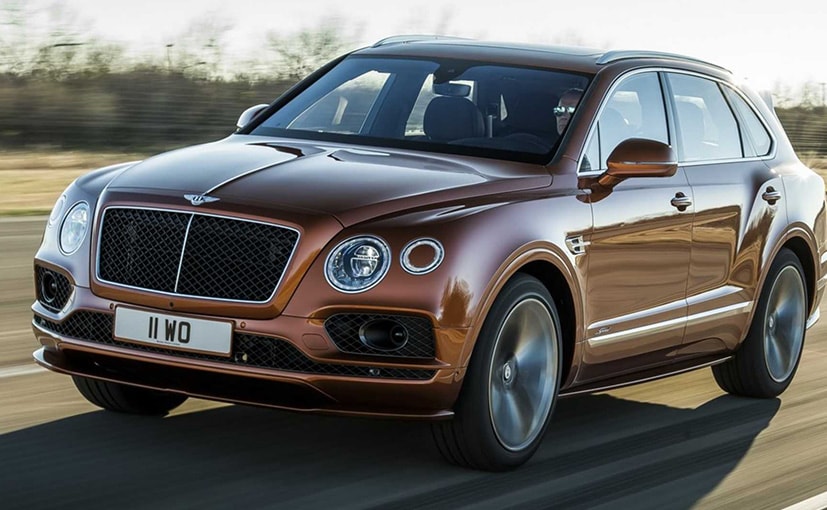 Bentley Motors has unveiled the world's fastest production SUV and it's called the he Bentayga Speed. With 626 bhp on offer, more than the normal Bentayga, the 6.0-litre W12 engine helps this one do a top speed of 306 kmph. Now, that's more than the Lamborghini Urus which can do 305 kmph. But the Bentley Bentayga Speed is slower than the Urus as far as 0 to 100 kmph is concerned. The Bentayga Speed can do the 0-100 kmph in 3.9 seconds, while the Urus does the same in just 3.6 seconds. 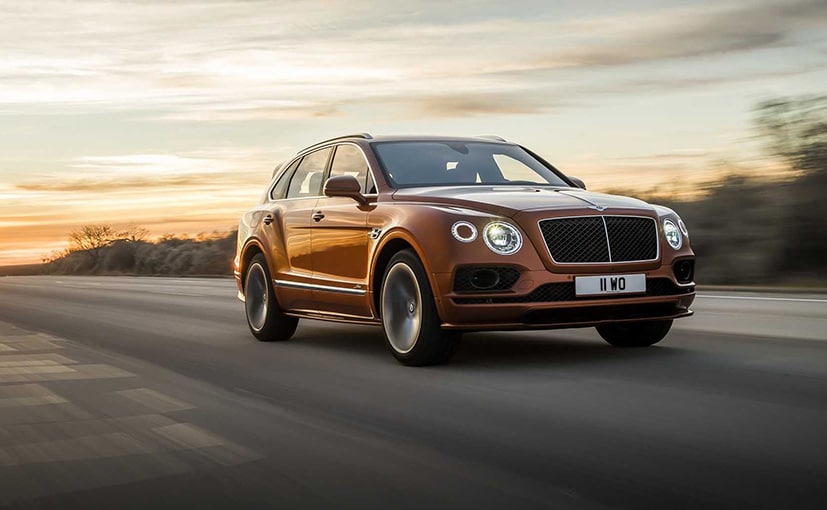 The Bentley Bentayga Speed accelerates from 0-100 kmph in 3.9 seconds

Designed, engineered and handcrafted in Great Britain, the Bentayga Speed is the most powerful and performance-oriented Bentayga to date. It builds on a long tradition of Speed models that was born with the Continental GT in 2007 and pushes the boundaries of Bentayga performance further since claiming the production SUV record at the gruelling Pikes Peak International Hill Climb last year. 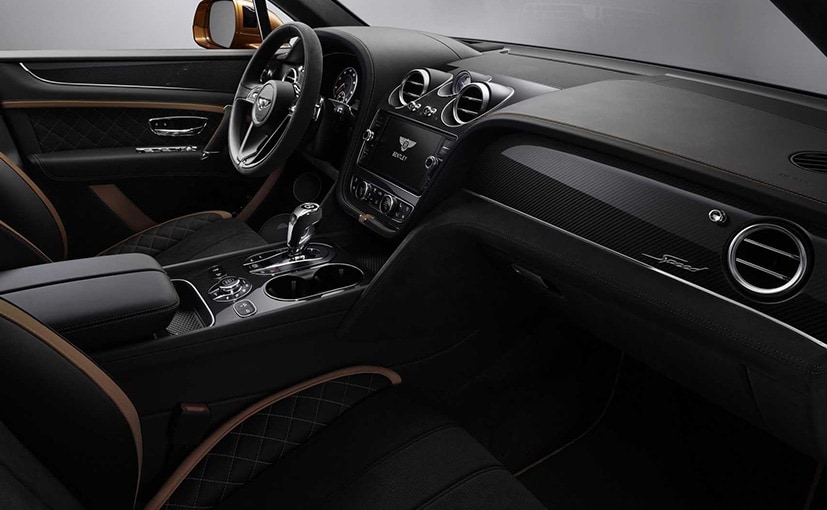 The Bentayga Speed sports dark-tint headlights, body-coloured side skirts and a tailgate spoiler, all of which point out to the SUV's performance credentials. Dark-tint radiator and bumper grilles, a unique 22-inch wheel design available in three finishes and Speed signature badging add to the sporting design cues. Inside, you get elegantly crafted 'swooshes' around the door and door grab, on the edge of the seat cushions and backrest bolsters, and on the lower console; a new contrast stitching on the diamond quilting; discreet Speed badging; a Speed illuminated treadplate signature; and the use of Alcantara materials for the first time in a Bentayga.

As with all Bentaygas, the all-wheel-drive Speed is equipped with Electronic Differential Lock and up to eight Drive Dynamics modes. Customers can personalise the Bentayga Speed to their own requirements with a range of exclusive options. Among them are carbon ceramic brakes, 22-way adjustable front seats with massage function, carbon fibre fascia panels, Bentley rear-seat entertainment (RSE) and mood lighting. The Bentayga Speed also gets Bentley Dynamic Ride is the world's first electric active roll control technology that utilises an unrivalled 48V system. This system instantly counteracts lateral rolling forces when cornering and ensures maximum tyre contact to deliver class-leading cabin stability, ride comfort and exceptional handling.The Bentayga Speed's ceramic brakes are the largest and most powerful ever fitted to a Bentley, with a maximum braking toque of 6,000 Nm and engineered to withstand temperatures up to 1,000 degree celcius.

Mercedes-Benz GLE-Class
₹ 87.21 Lakh - 1.48 Crore *
View More
Subscribe to Our Newsletter
Over 1.5+ Lakhs subscribers
Thank you for Subscribing to Us