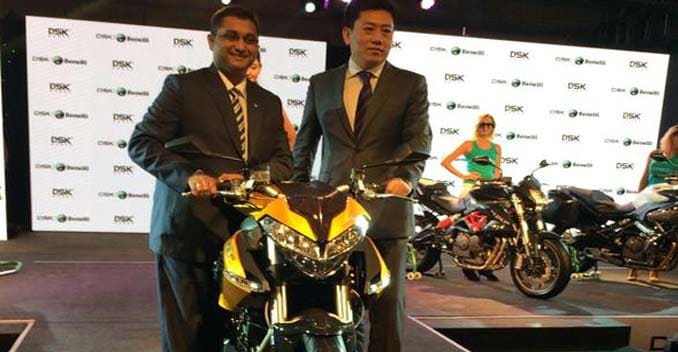 The Group first announced Benelli's impending arrival in India in October, 2014. And during the 2015 India Bike Week, the company announced that it will start retailing the bikes this year. Staying true to their word, Benelli today launched 5 bikes - the TNT 300, TNT 600i, TNT 600 GT, TNT 899 and the TNT R 1130 - in India.

Finally bringing Benelli's 104-year-old heritage to India, the bikes are accompanied with competitive price tags. Here are the details:

The popular choice will be the 300 and the 600cc variants. While the 300cc will come with a 2-cylinder in-line engine capable of churning out 38.2 bhp, the 600 gets an in-line 4-cylinder motor that churns out around 85 bhp.

The company will bring in the bikes via the CKD route and is targeting a sales figure of 3,000 units in the current fiscal year. It also intends to increase localisation levels, however that is part of the long-term strategy.

This is not the end of the launches though; Benelli will introduce some more bikes in the course of this year, thus showing how serious they are about the Indian market. Shirish Kulkarni, MD, Benelli, said that the company plans to capture 20 per cent market share in the first year itself.

will open 20 exclusive Benelli dealerships by the end of this calendar year. Out of the aforementioned 20, 9 showrooms have already been set up in Pune, Delhi, Mumbai, Bengaluru, Chennai, Ahmedabad, Hyderabad, Kolkatta, and Goa. The remaining 11 are in the pipeline.