The Renault Triber has proved to be a strong performer for the French carmaker in India and AMT will be a welcome addition. 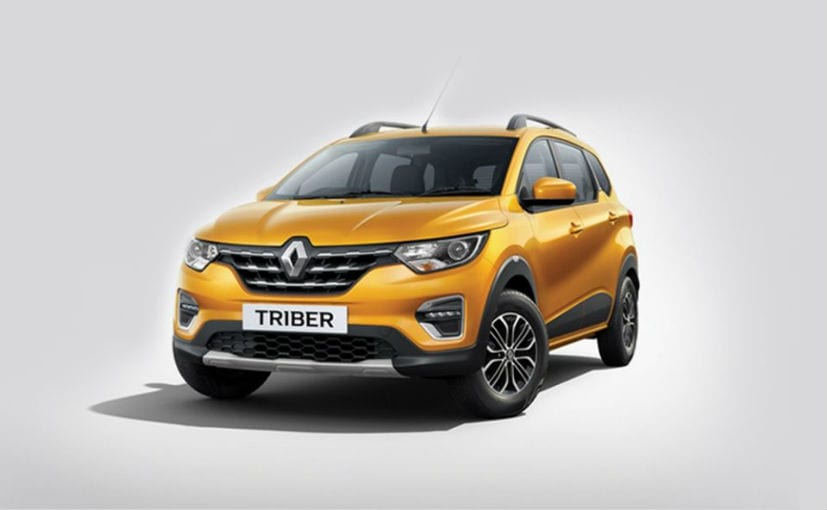 View Photos
The Renault Triber AMT will be a part of Renault's 12 car line-up at the 2020 Auto Expo.

The Renault Triber AMT was spotted testing in India just last month and we were guessing that it will make its way to the 2020 Auto Expo. Well! carandbike can now confirm that the Triber AMT will be a part of Renault's 12 model line-up at the biennial motor show. The Renault Triber has proved to be a strong performer for the French carmaker in India. With 5631 units sold in December 2019, almost half of Renault's sales are attributed to the Triber and the AMT variant is a welcome addition.

In terms of design, the test mule looks identical to the manual variant, save for the Easy R badge on its boot. Yes! Like the Renault Kwid, even the Renault Triber wears the Easy R badge and gets the same five-speed AMT gearbox mated to the 1.0-litre, three-cylinder engine which puts out 61 bhp and 96 Nm of peak torque. Renault has also updated Triber to comply with the BS6 standards with prices starting at ₹ 4.99 lakh, undergoing a price hike of ₹ 4000 for the entry-level RxE trim while higher trims from RxL to the range-topping RxZ get a price hike of ₹ 25,000.

Renault will also unveil its upcoming HBC concept derived new subcompact SUV which will go up against models like the Maruti Suzuki Vitara Brezza, Hyundai Venue, Mahindra XUV300 and Tata Nexon. Renault will also have a dedicated EV space at its stand which most likely will have products like the Renault Zoe and the Kwid EV which has been showcased in China. There will also be the Symbioz electric concept that Renault had teased at its social media platforms.