Renault will come up with a 12 product line-up at the 2020 Auto Expo is likely to include a new subcompact SUV and the Symbioz electric car concept. Renault is heading into the 2020 Auto Expo with a massive product line-up. The French carmaker will have a display of 12 cars and 2 engines which will obviously include all newly launched models like the Renault Triber, Kwid Facelift and Duster Facelift among others. That said, what we are most excited about are all the new products and concepts those will make their way to Renault's pavilion. And not only the cars, but also Renault's 1.0-litre motor and 1.3-litre turbo petrol engine that are expected to make their India debut at the Auto Expo. 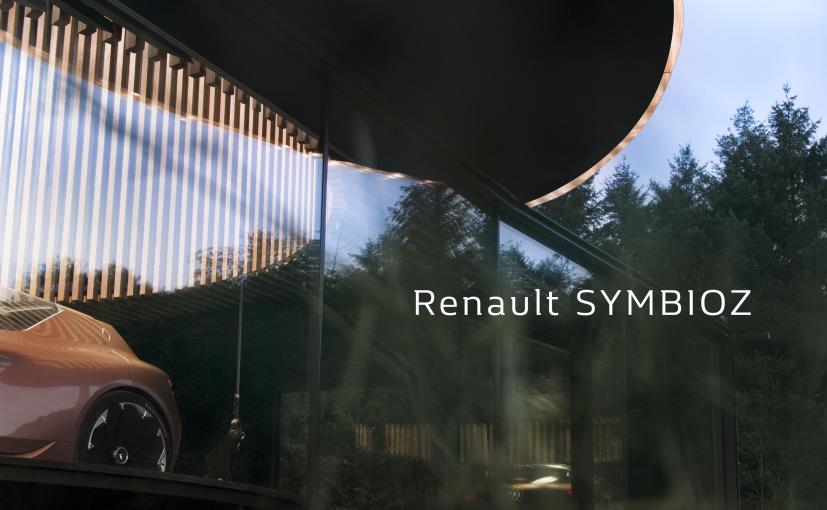 Renault Symbioz electric car concept will be showcased at the 2020 Auto Expo as well.

The product we're most excited about is the HBC concept derived new subcompact SUV which will go up against models like the Maruti Suzuki Vitara Brezza, Hyundai Venue, Mahindra XUV300 and Tata Nexon. The subcompact SUV has been spotted several times in India wrapped in heavy camouflage and the only design element apparent is Renault's family grille. We yet don't have the details of the SUV, save for the fact that it will be underpinned by Triber's sub-four metre platform.

Renault has also mentioned about a dedicated EV space at its stand which most likely will have products like the Renault Zoe and the Kwid EV which has been showcased in China. But there will also be the Symbioz electric concept that Renault had teased at its social media platforms. Moreover, the carmaker is also likely to come with its F1 racing concept at the biennial motor show.