The Maruti Suzuki Futuro-e concept teases a coupe-SUV from the manufacturer that is likely to preview a Hyundai Creta rivalling compact SUV of the future. 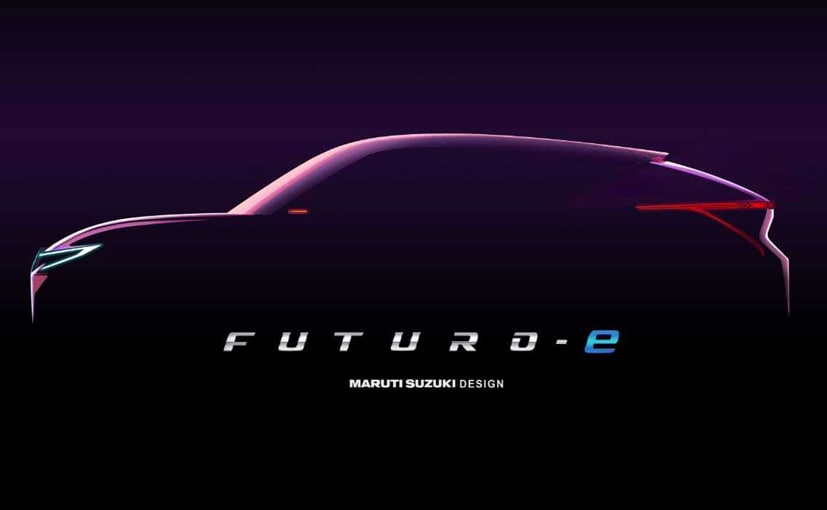 The Delhi Auto Expo is just weeks away and will be home to several new product launches, concepts and future technologies in the auto sector. The biennial event has also seen India's largest automaker Maruti Suzuki introduce some very exciting products, and this year, the company plans to showcase a new offering in the concept guise. Maruti Suzuki has released a teaser for the Futuro-e concept that will break cover at the Auto Expo and the new offering looks exciting. While the teaser only reveals the silhouette of the vehicle, Maruti says that the concept study an SUV and demonstrates a bold new global design language along the lines of the coupe-SUV bodystyle.

The Maruti Suzuki Futuro-e concept will get a coupe roofline swooping towards the end, while expecting more dominant proportions fon the model including a bold front, while a hunched back is likely to be seen at the rear. The teaser also points at larger LED daytime running lights and wraparound LED taillights on the coupe-SUV.

There are no details on the what the Futuro-e previews, but the model is likely to be a compact SUV that will compete against the Kia Seltos, Renault Duster, Hyundai Creta and the likes. The upcoming offering is also likely to arrive with only a petrol engine on offer, while the 1.5-litre DDiS could also make a comeback from the Maruti family, should the automaker revive diesel engines in the BS6 era. Maruti Suzuki has a limited presence in the SUV segment that is fast-growing. The company pitches its entry-level model, the S-Presso, as its most affordable SUV, followed by the Vitara Brezza in the subcompact SUV segment. Given the success of the compact SUV space in recent years, Maruti is looking to grab a chunk of this pie.

Toyota Innova Crysta is gaining popularity. Find all the details here.
Select your City
or select from popular cities