The Evolet Hawk electric sportbike is positioned as a premium sportbike. So far, no details on prices and a possible launch date have been announced. 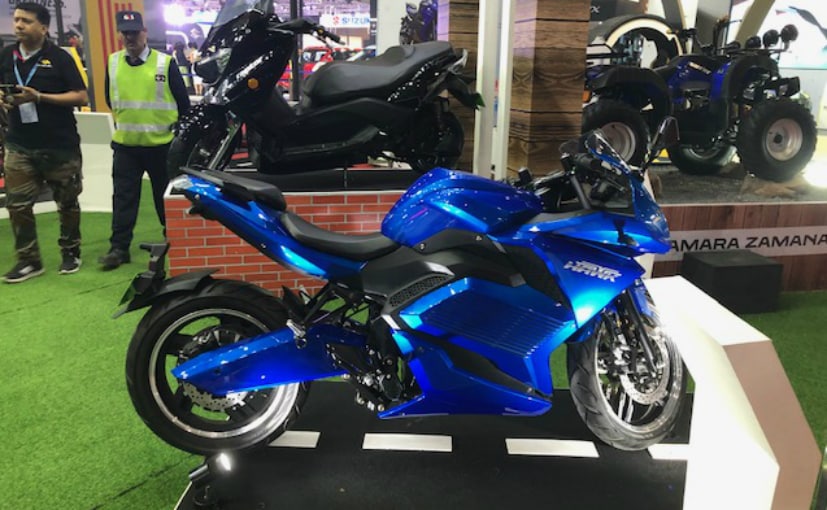 Design wise, the Evolet Hawk has sharp looks with the fairing and clip-on handlebars leaving no doubt about its sporty intent. The Evolet Hawk comes with split seats, full-digital instrument console, along with telescopic front forks and a monoshock rear suspension. Braking duties are handled by twin discs on the front wheel, and a single disc set-up on the rear wheel. The wheels are both 17-inchers, shod with tubeless tyres. The Evolet Hawk has a claimed range of 100 km on a single charge, and maximum speed of 120 kmph

The Evolet Hawk will also get the Evolet mobile app with a long list of features, including service reminder, service appointment, over-the-air updates, as well as geo-fencing for security. Rissala Electric Motors launched the Evolet brand of electric vehicles in September 2019. At the Auto Expo 2020, the brand is showcasing its entire range of products, including an electric maxi scooter, called the Evolet Raptor. The brand intends to strengthen its presence across India with 200 dealerships across the country. The company already has 17 dealerships operational across 12 states, and is expected to increase its dealership footprint soon.