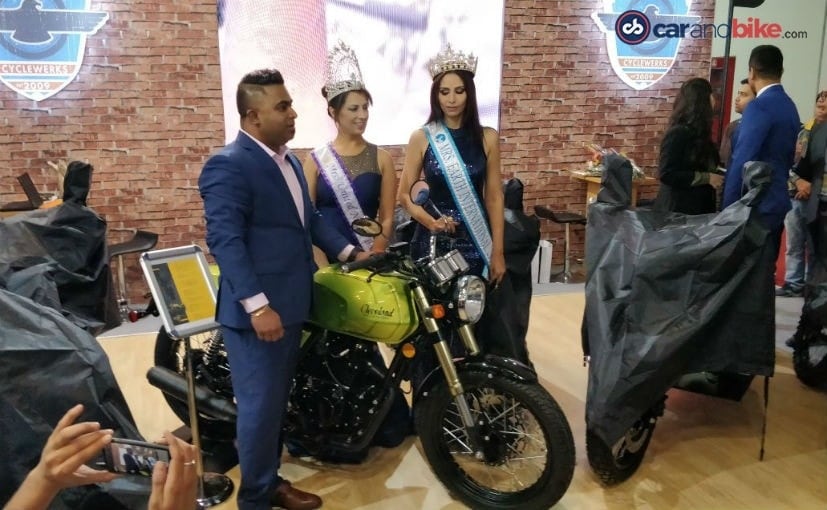 Cleveland CycleWerks India, an Amercian motorcycle brand, has made its foray in the Indian market at the Auto Expo 2018. The young manufacturer will be commencing operations with the launch of its two motorcycles - Ace and Misift. The manufacturer commenced operations in the US in 2009 and makes its way to India to tap into the potential premium motorcycle market. The Cleveland Ace will be available in three options - Scrambler, Deluxe and Cafe Racer, while the Misfit Gen II is a retro-styled cruiser motorcycle.

All bikes from Cleveland Cyclewerks are powered by 229 cc, single-cylinder, 4-stroke, air-cooled engine tuned to produce 15.2 bhp and 16 Nm of peak torque. The manufacturer says the bikes have been designed to offer the feel of a custom bike with daily ride-ability.

The Cleveland Ace Deluxe and Ace Cafe variants feature aluminium wheels, inverted front forks and twin hydraulic shocks at the rear. The bikes use a 320 mm single disc at the front and a 220 mm disc at the rear. ABS is not on offer. The Cleveland Misfit Gen II uses gold finished USD forks that are adjustable for compression and rebound.

Cleveland Cyclewerks will be locally assembling its motorcycles at a facility in Pune. The plant will have a production capacity of 5000 units in the initial phase, which will be expanded to 35,000 units per annum. The company has announced that it plans to open showrooms in 30 cities by the end of 2018.