Audi To Launch Diesel Variant Of The A4 In February 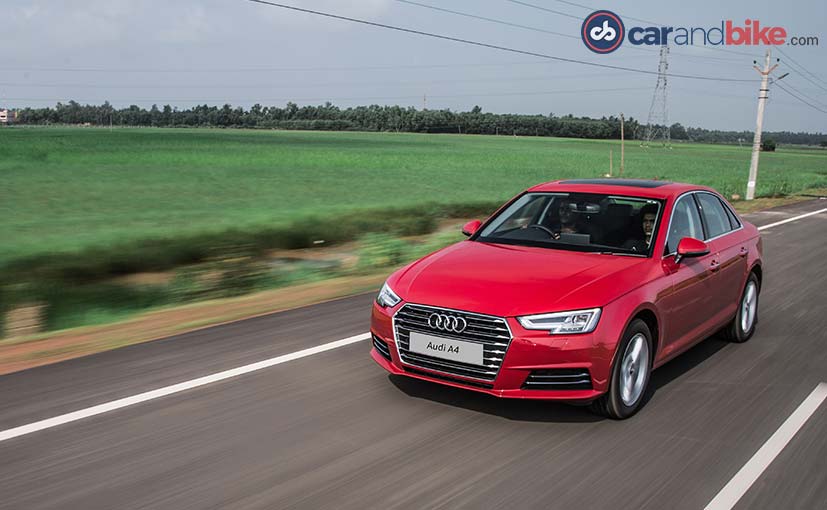 It was in September last year that Audi launched the new generation of the A4 and actually surprised us when it launched the car with a downsized 1.4-litre turbo-petrol engine. In fact there was no diesel engine offered and when asked, when it's likely to be launched, we were told that it would be brought out at a later stage. Finally, we're seeing some headway in this direction as the company plans to bring out the diesel variant of the car in February.

The slight delay in launch of the diesel variant has been attributed to a couple of things, the diesel ban which shook up the luxury car customer across the country and the second being the recalibration of the new EA288 engine for lower grade BS IV fuel. Considering that the 2 litre diesel engine has been built for Euro VI-compatible fuel, Audi needed time to make it India ready.

The new diesel engine betters the previous 35 TDI by putting out 15 bhp more. The tally now stands at 190 bhp and the engine will come mated to a S Tronic seven-speed dual-clutch automatic transmission and this will be part of standard equipment. We sure hope there's a manual transmission that makes its way here as well as we've already voiced our opinion on that earlier. The new Audi A4 is bigger and more comfortable than the outgoing model which offering a lot more technology and performance and having driven it we know how good it really is when compared to its competitors - the BMW 3 Series and the Mercedes-Benz C-Class.

The new Audi A4 is also a lot smarter and gets a lot more tech than ever before. It's larger than before which means more leg space for rear passengers. In fact, the rear seat is a lot more comfortable than it has been in earlier generations. The A4 also comes with Audi's virtual cockpit which is a treat to drive in and we'll see this make its way into the diesel powered car as well. We'll have more details for you in the coming days, so stay tuned!