The Audi Q8 is all set to be launched in India on January 15, 2020. It will be Audi's flagship SUV in India and the car has already made its way to Indian shores. 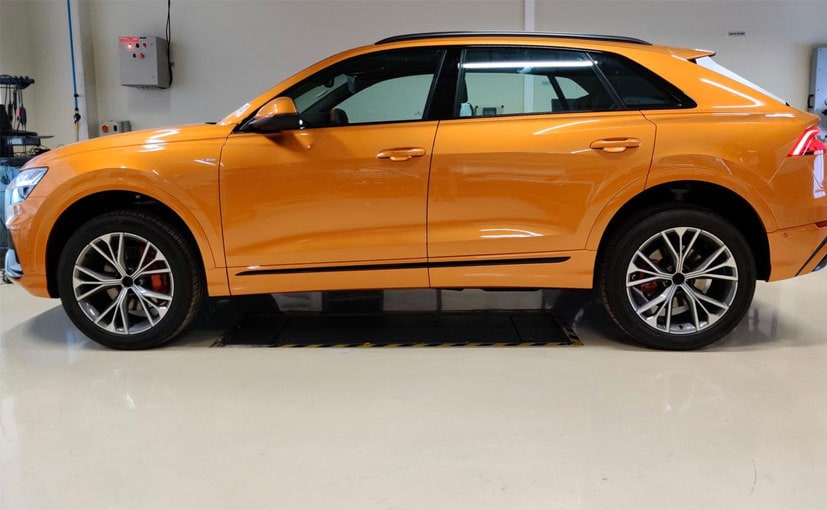 Audi India will kick-start 2020 with the launch of the Audi Q8 SUV on January 15, 2020. After an underwhelming 2019, the company has a slew of launches slated in 2020 beginning with the Q8 SUV. In fact, the car has already made its way to Indian shores ahead of its launch. The Audi Q8 SUV in the pictures, seem to be at a dealership or a service centre. With the Q8, Audi India hopes to emulate the success that the company tasted with the Audi Q7. Audi India will also be launching the Audi e-Tron and the new-gen Audi Q3 in India over the course of 2020. 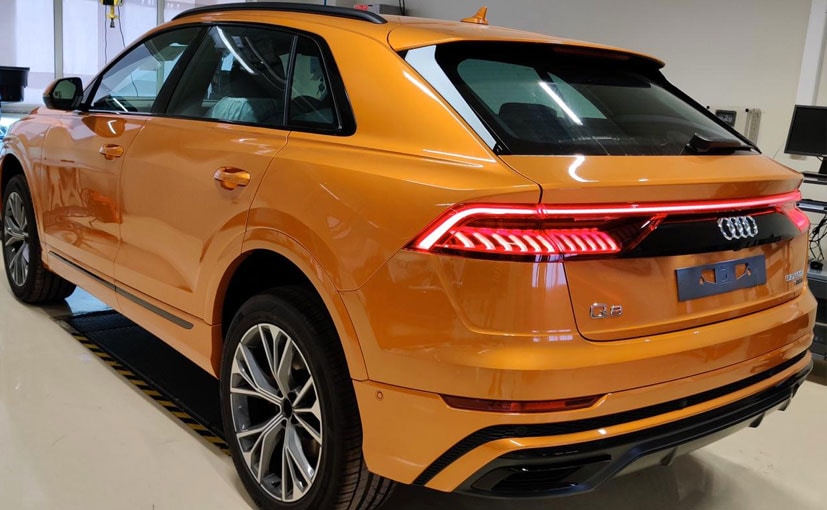 (The Audi Q8 will be launched only with a 3.0-litre V6 petrol engine in India)

Audi India has adopted a wait and watch for its diesel engines and therefore, we expect the company to launch the 55 TFSI Q8 model which gets a 3.0-litre V6 turbo petrol that makes 340 bhp and 500 Nm of peak torque. In all probability, the engine will be paired to an 8-speed automatic Tiptronic transmission. Audi's patent 'quattro' AWD system will be standard of course. The Audi Q8 has a claimed 0-100 kmph sprint time of 5.7 seconds.

It is a visual delight, the Audi Q8, with the new, wide grille up front and the coupe like roofline. The rear of the SUV is characterised by the slim LED tail lamps and the thin strip that connects the two units, giving the impression of having a single unit. The SUV also gets a 10.1-inch MMI touch response display on a piano black dashboard layout and another 8.6-inch digital display below for the air-con system and other in-car controls, while the instruments are shown in the fully digital Audi virtual cockpit. Other features include - adaptive cruise assist, efficiency assist, lane change warning, curb warning, and a 360 degree camera.

The Audi Q8 is the company's flagship SUV and will be positioned above the Audi Q7 in India. We expect it to be priced above ₹ 1 crore as it will be a direct import and will not be assembled here in India.