Audi A3 Cabriolet Facelift Launched In India At ₹ 47.98 Lakh 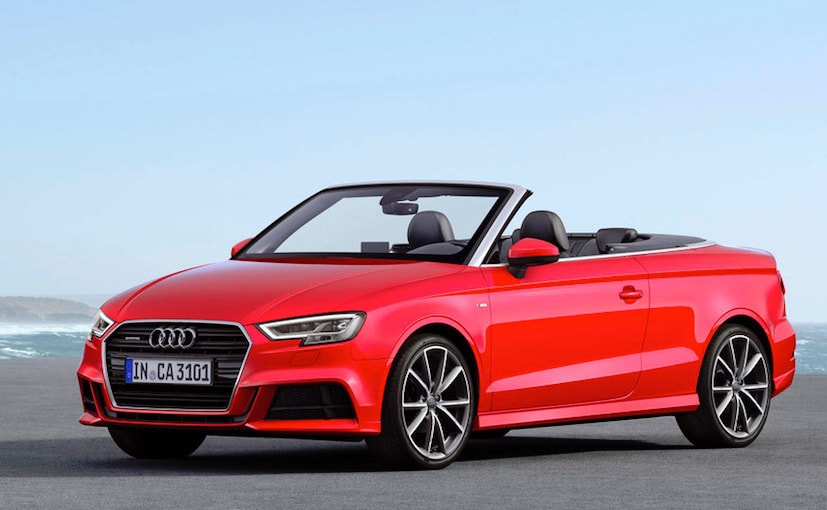 Audi India has introduced the 2017 A3 Cabriolet facelift in the country with prices starting at ₹ 47.98 lakh (ex-showroom, Delhi). One of the most affordable convertibles on sale, the A3 Cabriolet gets a host of upgrades on the new model, much in-line with the A3 sedan facelift that was introduced globally last year.

The 2017 Audi A3 Cabriolet gets subtle revisions to the design that is more in-line with the new generation A4. The front gets revised headlamp design with new LED daytime running lights. There is also the new single frame grille in place and a new bumper, while the rear gets new LED tail lamps and a revised bumper. 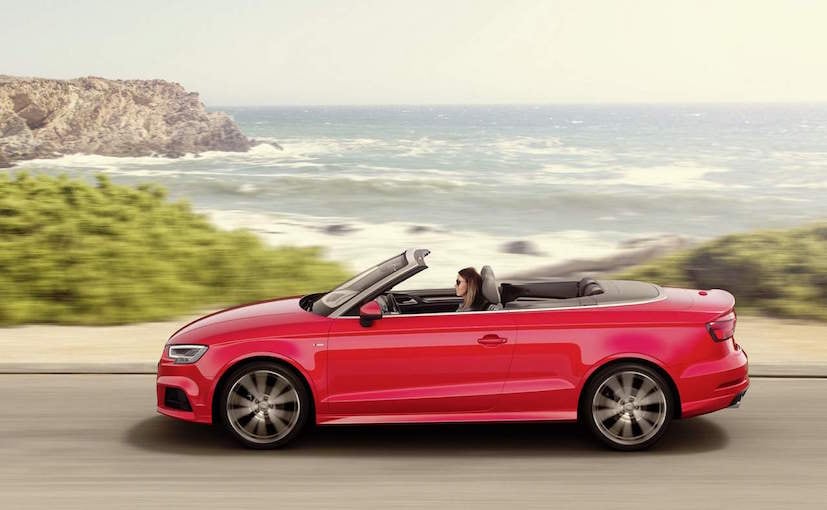 Inside, the new A3 Cabriolet facelift gets a new electrically retractable 7-inch display screen with the MMI interface, three-spoke multi-functional steering wheel, new Milano leather upholstery among other list of features including a Bang & Olufsen audio system. The convertible comes with five airbags, ABS with EBD, optional smartphone interface and Audi Parking system plus as well. Audi says the soft top on the A3 Cabriolet facelift insulates the cabin well against exterior sounds, and can be opened or retracted using the hydraulic drive at speeds up to 50 kmph.

Power on the new Audi A3 Cabriolet comes from the new 1.4 litre TFSI petrol engine. The motor replaces the 1.8 litre TFSI unit that is available on the outgoing model and is also seen on the new generation A4. The turbocharged motor is tuned to produce 150 hp and 250 Nm of torque, paired to a 7-speed S-Tronic dual-clutch transmission. The motor comes with Cylinder on Demand (COD) technology that shuts off cylinders unused when speeds are low. This, in turn, not only helps in lowering emissions but also aids in fuel economy. Audi India says that the new A3 Cabriolet returns a claimed fuel efficiency of 19.20 kmpl. 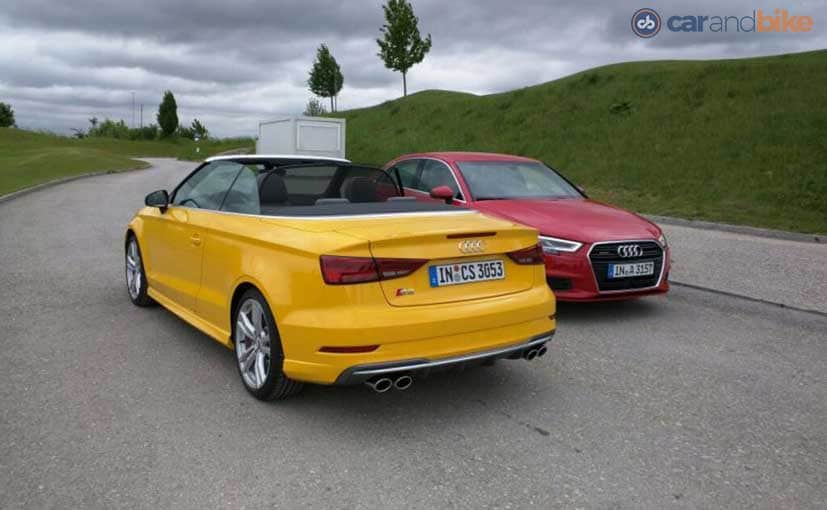 Interestingly, Audi India has chosen to bring the A3 Cabriolet facelift first to the market, instead of the A3 sedan, its most affordable sedan in the country. The company chose not comment when asked about the launch timeline of the A3 sedan facelift in the country. That said, we can expect the model to arrive in the following months. Unlike the new Cabriolet that continues to be imported as a fully built unit, the A3 sedan facelift will be locally assembled in India.