The Ather 450X brings a host of performance upgrades to the electric scooter and is being offered with two monthly subscription packs - Plus and Pro - that unlock the power potential on the model. 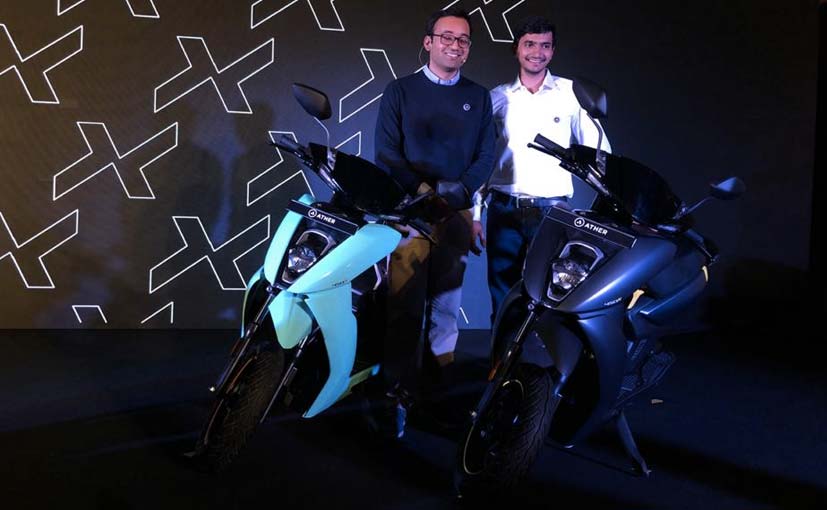 Bengaluru-based Ather Energy has launched the new 450X electric scooter in India with prices starting at ₹ 99,000 (ex-showroom, India). The Delhi price, meanwhile, is at ₹ 85,000 (ex-showroom). The new electric scooter will be offered with two performance packs - Plus and Pro -  offered with monthly subscriptions or at an upfront cost. The Ather 450X Plus can be bought at a subscription cost of ₹ 1699 per month, while the Ather 450X Pro is priced at ₹ 1999 per month. The upfront cost for the 450X Plus stands at ₹ 1.49 lakh ( ₹ 1.35 lakh in Delhi), and the 450X Pro is priced at ₹ 1.59 lakh ( ₹ 1.45 lakh in Delhi). The prices in Delhi are subject to government subsidies under the EV policy. 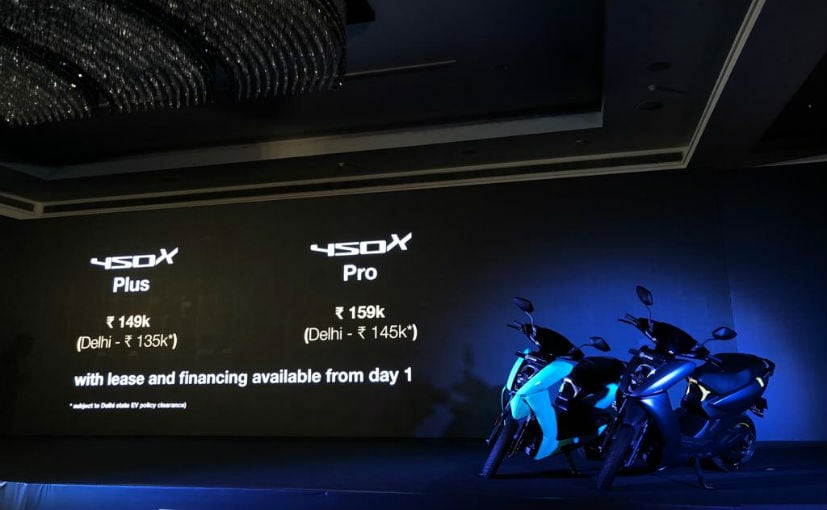 The new Ather 450X is the more versatile version of the 450 that is already on sale and comes with a host of upgrades including a larger battery pack, more power and improved performance. Visually, not a lot changes on the 450X barring the handlebar. But it is now available in two new colour options - matte grey and mint green - in addition to the white shade already on sale. Bookings for the Ather 450X begin across multiple cities, while deliveries will start from July this year.

The biggest change on the Ather 450X is the addition of larger battery cells that required a redesigned battery pack and now accommodates up to 2.9 kWh, as opposed to 2.71 kWh on the Ather 450. The electric motor now produces about 6 kW that equates to about 8 bhp, 0.8 bhp more than the standard version. Peak torque has gone up by 6 Nm to 26 Nm. Furthermore, the scooter has seen a weight reduction of 11 kg and the top speed is gone up to 85 kmph. The electric scooter can sprint from 0-40 kmph in just 3.3 seconds, while grade ability has improved to 20 degrees. The Ather 450X promises a range of 85 kmph in Eco mode and 75 km in Ride mode.

The Ather 450X also gets a new Android-based user interface in place of the Linux system that brings more adaptability. The system now comes with a Dark mode and the Bluetooth connectivity feature allows you to receive or cancel incoming calls, play and change music, while the navigation changes to more precise reading.

In terms of competition, the 450X will lock horns against the Bajaj Chetak, TVS iQube and Okinawa iPraise in the segment. The company is expanding its production operations with a new manufacturing facility in Hosur, Tamil Nadu. The company aims to sell about 30,000 units this year and the new plant promises to reduce the waiting period by a significant margin.