Porsche's first electric sports car - the Taycan - had a successful endurance test over 24 hours that saw it drive 3,425 kilometres non stop. The test was carried out at Italy's Nardo high-speed circuit in temperatures above 40 degree celsius. 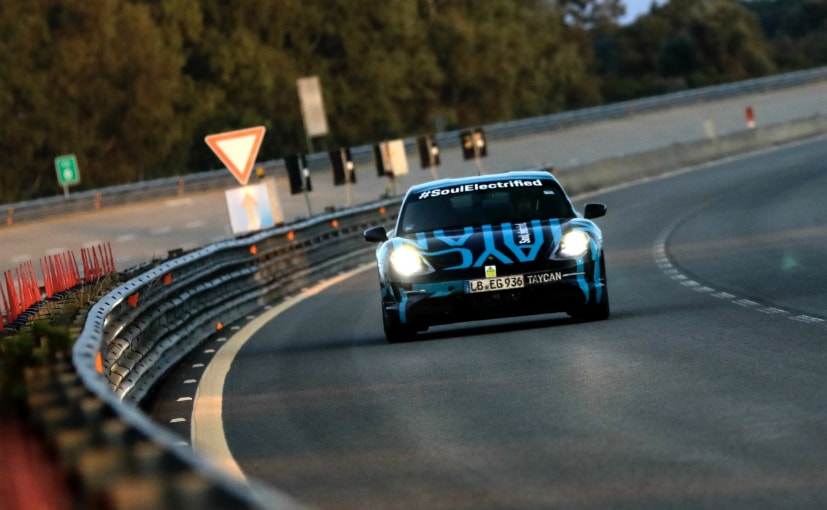 View Photos
The Porsche Taycan will be the company's first ever all-electric sports car!

Porsche is getting ready to reveal its first ever fully electric model. The Porsche Taycan will make its world debut in Berlin on September 4, 2019, and has achieved a significant milestone in its pre-production journey. Among various proving tests carried out on the car, Porsche recently completed a 24-hour endurance test run with the Taycan pre-production prototype at the Nardo high-speed track in Italy. The Porsche Taycan tested at the track covered a total distance of 3,425 kilometres with speeds averaging between 195 and 215 kmph. The car was tested in 42 degree temperature (peak temperature recorded within the 24 hour test period), which felt more like 54 degrees on the track surface. The idea was to test the car's long distance running capability, plus the thermal management system of its battery pack. Barring charging stops and driver changes that coincided with those stops, the test saw the car running non-stop over the whole day. Six Porsche drivers were used for the test. 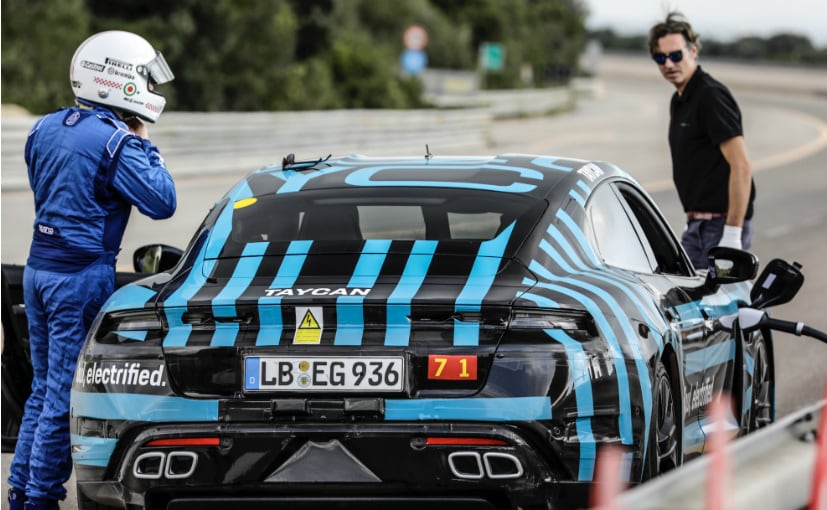 Stefan Weckbach, Vice President, Product Line Taycan, Porsche AG said, "The Taycan mastered this ambitious endurance run without any problems. The result achieved in Nardo highlights the advantages of the unique 800-volt technology and its high maturity level. Before the Taycan is launched on the market at the end of the year, we will have covered over six million test kilometres across the globe." 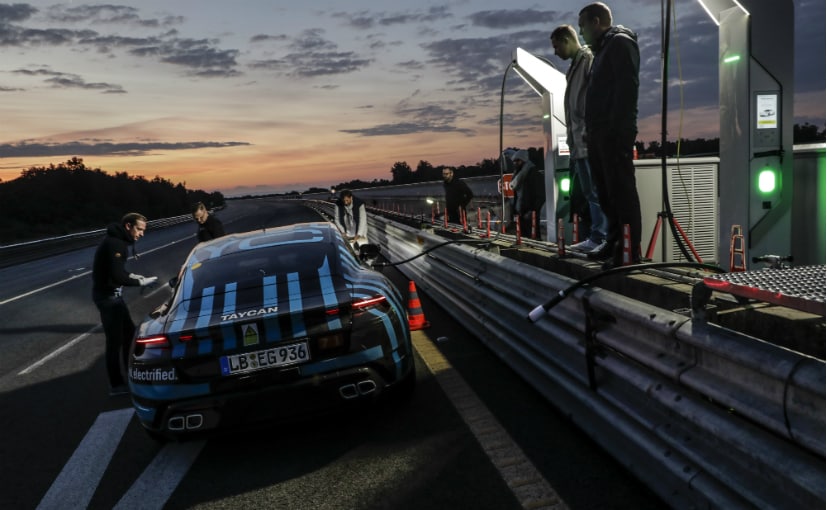 (The Nardo test track is one of its kind high-speed test track. It has a length of 12.6 km)

The Porsche Taycan is the world's first production electric vehicle to use an 800-volt system. The car derives heavily from a similar system used on the 919 Hybrid which has been hugely successful for Porsche at the 24 Hours of Le Mans. The advantage of using the 800-volt system is higher performance and output - in keeping with Porsche's promise of each car being a sports car first - and also reduced charging time. It also translates to lower weight than a comparable battery in another EV. Testing the battery in hot weather was crucial to also see how its own heat generation is kept in check by the car's onboard system. The Taycan's thermal management involves a highly efficient, intelligent system for cooling and heating the high-voltage components. This allows for lower loss of power due to extreme ambient heat. It also helps in maintaining the optimal temperature during charging to achieve the most successful charge. 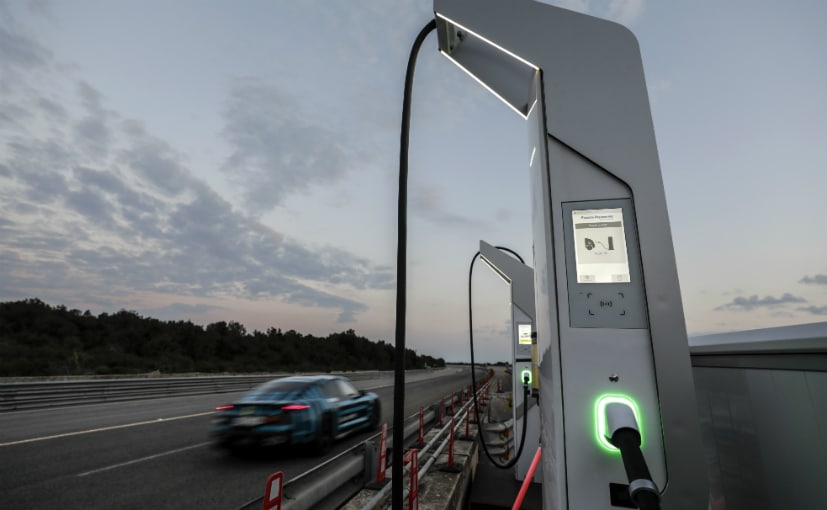 The new Porsche Taycan will sport two permanently excited synchronous electric motors that are capable of churning out maximum power of 600 bhp and will juice out travel range of more than 500 kilometres with its high voltage lithium-ion batteries. Moreover, the Taycan, with its 800-volt chargers, can fast charge its electric motors within 15 minutes. 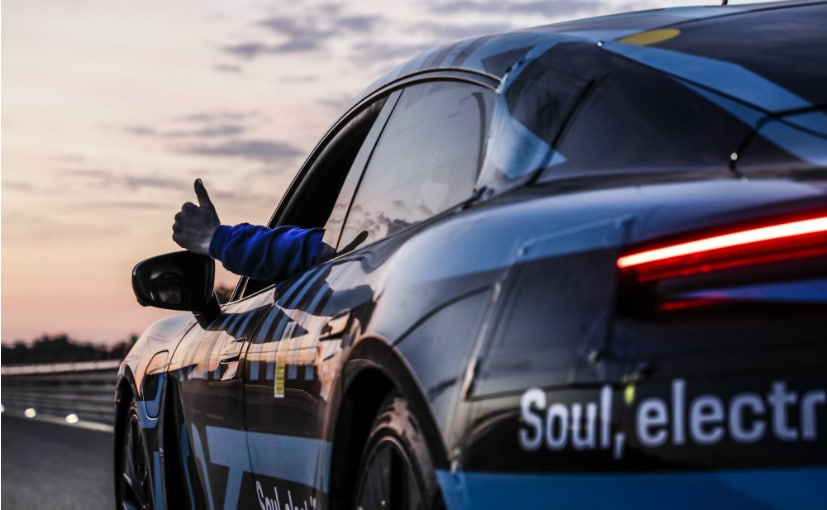 The car itself will be Porsche's first all-electric sports car. It is likely to be brought to India in late 2020. In a previous test last month, the Taycan had achieved successive acceleration tests that showed the same performance back to back. At that time, It can go from 0-100kmph in under 3.5 seconds and achieved an average 0-200 kmph time of under 10 seconds. The Nardo test centre dates back to the 1970s, but was recently renovated. Porsche has been testing there for quite some time now. The 12.6 km long track is the world's only high-speed test circuit - and was designed to test vehicles under extreme conditions for durability and endurance, besides performance of course.