The 2021 Mercedes-AMG E 63S is a facelift and is expected to come with a host of cosmetic updates. 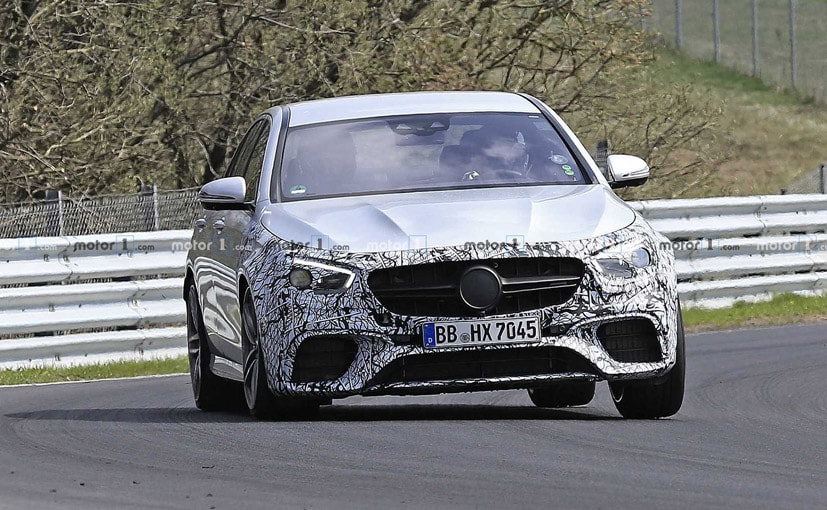 View Photos
The upcoming E 63is a facelift and we don't expect any major power upgrades.

It's been just a year since the launch of the 2018 Mercedes-AMG E63 and the new model has already been spied testing at the Nurburgring Circuit. The AMG 63 range has always been special because of the sheer performance the V8 engine manages to pull off and the current-generation E 63 did impress us with all it had. The upcoming E 63 is a facelift and we don't expect the new model to get any major power upgrades. However, the car which has been spotted testing at the Nurburgring circuit is wearing camouflage up front and at the rear which drops a hint that it will come with a host of cosmetic updates.

Also Read: Mercedes-AMG Cars Will Be Electrified From 2021 The side profile of the 2021 Mercedes-AMG E 63 Facelift looks identical to the current car.

Up front, the 2021 Mercedes-AMG E63 will get a new headlamp cluster which will sport the new boomerang shaped daytime running lights. The front bumper gets redesigned aprons and the fenders also have been tweaked to go with the new profile. At the side, the profile looks identical to the current car and the rear gets new taillamps along with a new bumper. 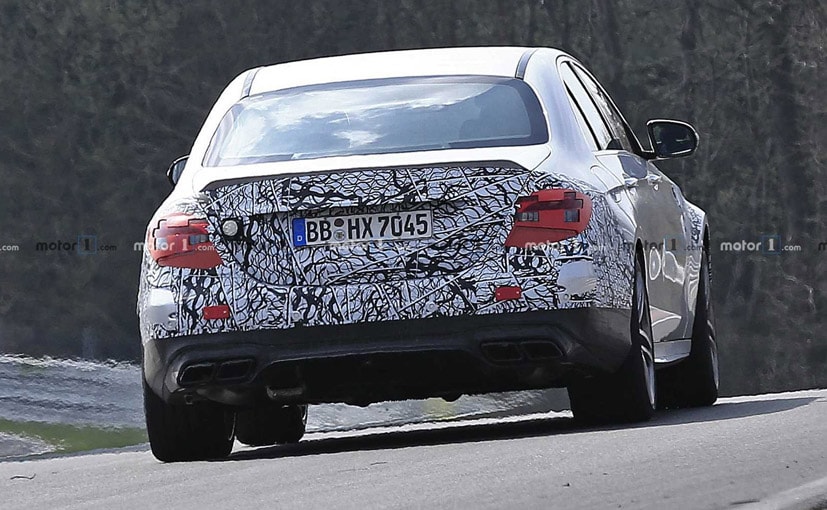 The rear of the car looks a bit more angular and it gets new taillamps.

In India, Mercedes sells the top-spec E63 S variant which is powered by a 4.0-litre, twin-turbocharged V8 engine that churns out 603 bhp and 850 Nm of peak torque. The new car is expected to retain the same engine., Mercedes-AMG could launch the new model with improved electronics in a bid to make it more agile and performance oriented.