The new Renault Duster facelift is expected to comply with the upcoming safety and emission norms.

View Photos
The 2020 Renault Duster gets a revised face.

New spy images of the 2020 Renault Duster have surfaced online and this time around we can see the car without camouflage. The facelift version of the Duster was spied during its TVC shoot near Zojila pass in Jammu and Kashmir and is expected to launch later this year. Renault India is undertaking a major investment to update the current car which will involve another change in styling. Moreover, it will also entail adding certain features, interior updates, and safety-related changes too. The car will have to meet the new crash norms, and this will not need major tweaking according to sources within the company. 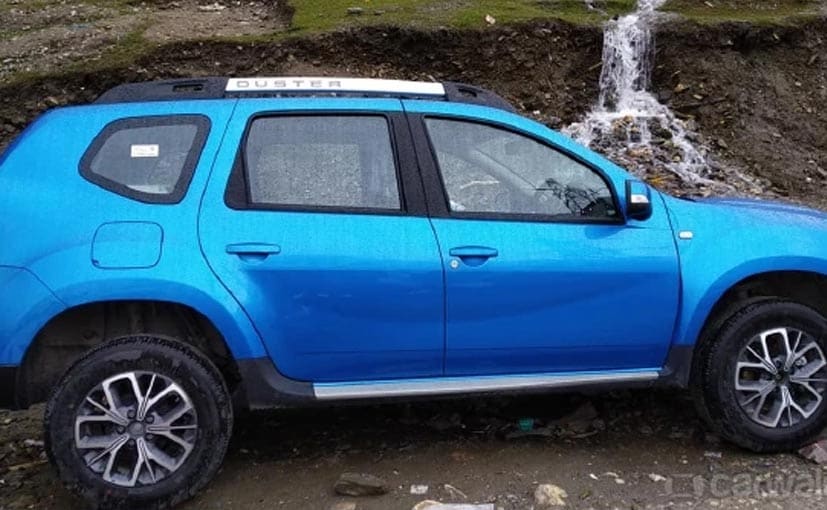 Up front, the new Renault Duster gets a new grille which is inspired by the Dacia Duster along with a redesigned bumper. The headlamps units have been tweaked and it now gets projector beams along with LED DRLs. The side profile of the facelifted version remains identical to the outgoing model while the dual-tone alloy wheels is new. The tailgate at the rear is flatter than what we saw on the previous model and there is a matte black applique pasted at either end. Moreover, the rear bumper has also been slightly tweaked. It gets revised bumper and flat tailgate at the rear.

The 2020 Renault Duster will meet the new crash norms, and this will not need major tweaking according to our previous reports. A lot of safety equipment will also become standard on the new car which includes dual airbags and ESC or an electronic stability control program. The 2020 model is also expected to be powered by the same 1.5-litre diesel engines, however, they are expected to be BS6 compliant.