The Maruti Suzuki Vitara Brezza facelift will get exterior styling revisions and new features, while the big change will be under the hood with a new petrol engine on offer. 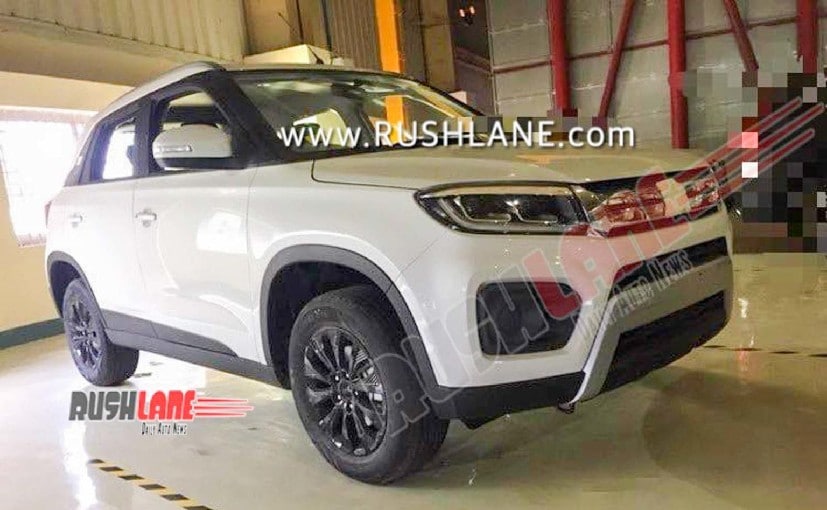 The Maruti Suzuki Vitara Brezza facelift has been in the works for a while now and it seems the model is ready for a market debut by early next year. Leaked images of the Vitara Brezza facelift completely undisguised made their way online and give us our first detailed look at the exterior changes on the subcompact SUV. The offering looks largely the same but gets revised styling for a refreshed appearance, while there will be a petrol engine too in the line-up this time round.

The Maruti Suzuki Vitara Brezza was introduced in 2016 and has remained largely unchanged ever since with strong sales numbers to support the model. The mid lifecycle refresh brings a new twin-slat chrome grille, reworked bumper with a brushed aluminium insert and revised fog lamps. The headlamps also receive tweaks and get new JLR-esque LED DRLs and could be upgraded to LED bulbs as well for the projectors. Changes to the sides are minimal but you do get new 16-inch black alloy wheels that seem to have been carried over from the pre-facelift Baleno. The rear profile is yet to be revealed but we do expect to see changes to the bumper, taillights and the tailgate on the model. Inside, the 2020 Maruti Suzuki Vitara Brezza facelift is expected to get the updated SmartPlay Studio infotainment system, revised upholstery, and possibly new feature additions as well. The big change though will come under the hood of the Vitara Brezza that is likely to the 1.5-litre K-Series petrol engine that is BS6 compliant. The motor is already offered on the Ciaz, Ertiga and the XL6 that develops about 103 bhp and 138 Nm of peak torque. The motor will come paired with a 5-speed manual transmission and possibly a 4-speed autobox. That being said, the Vitara Brezza will not qualify for the small car taxation that limits the car length to under four metres and the engine capacity to 1.2-litres.  Currently, the 1.3-litre BS4 DDiS diesel engine powers the Brezza that will be discontinued by March 2020.

The Maruti Suzuki Vitara Brezza facelift could arrive at the 2020 Auto Expo with sales likely to start immediately after the launch. The model largely dominated the subcompact SUV segment in the past four years but has seen competition from some very good products in recent times including the Hyundai Venue, Tata Nexon, Mahindra XUV300 and the upcoming Kia QYi that will be launched in the second half of 2020.