Kawasaki India will soon begin locally assembling the 2020 Versys 1000 in the country, significantly bringing the prices down on the tourer. Bookings have officially begun. 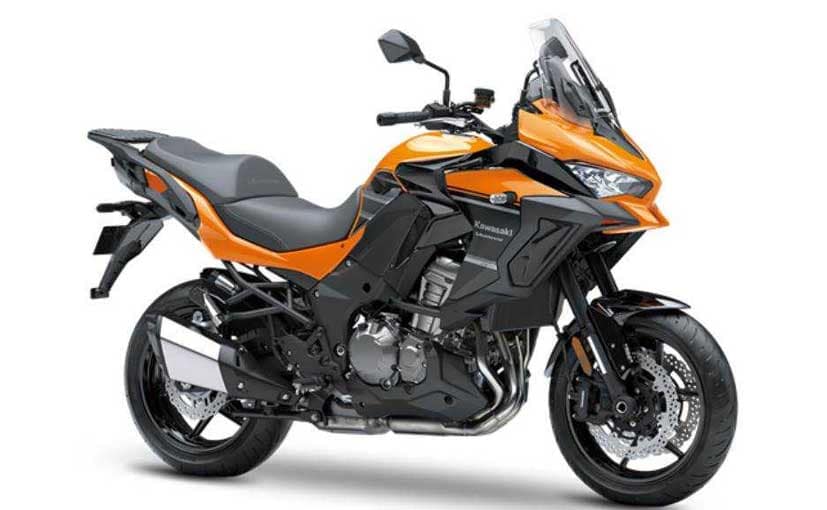 India Kawasaki Motor (IKM) has announced the pre-bookings for the 2020 Versys 1000 adventure tourer. Dealerships are accepting bookings for the 2020 Kawasaki Versys 1000 for a token amount of ₹ 1.5 lakh, while the big update is that the model will be locally assembled soon. While the final price has not been announced, the locally assembled Versys 1000 will get a massive price cut over the current version. The updated Versys was unveiled at the EICMA Motorcycle Show in Italy earlier this month. Pre-bookings for the litre-class ADV will be done between November 16 to December 31, 2018. Being locally produced, the bike will be available in limited numbers. Bookings will stop after reaching the targeted numbers, the company confirmed in a statement.

Speaking about the 2020 Versys 1000, IKM - Managing Director, Yutaka Yamashita said, “Versys 1000 is known as any road, any time motorcycle. It also has the most versatile adventure-style for fun sport riding and touring. The locally assembled Versys 1000 certainly gives us an advantage to sell the bike at a very attractive price, but most importantly, we are happy to create more buying opportunities for our highly enthusiastic customers. We had a good success with earlier Versys 1000. In the recent times, we have received good number of enquiries from customers and therefore we again expect a good success with the new Versys 1000.“

The updated Kawasaki Versys 1000 gets a host of changes cosmetically including a sharper looking front that's in-line with the new Ninja range. Features like an adjustable windscreen and twin LED headlamps are also part of the standard kit. The powertrain has been tweaked and now comes with Electronic Throttle Valves (ETV), which enable the addition of Electronic Cruise Control. The ETV system is a first for Kawasaki with the accelerator position sensor located in the handle. This eliminates the throttle cable thereby requiring less maintenance. The updated model also gets revised front and rear suspension settings, making for more comfortable setup.

In addition, the 2020 Kawasaki Versys 1000 comes with a host of electronic aids including Kawasaki Intelligent anti-lock Brake System (KIBS), along with ABS. The sports tourer also gets a new instrument console with an analogue-style tachometer and an LCD display. The latter accommodates a host of information including average fuel consumption, remaining range, bank angle display, max bank angle, IMU indicator and more. There's Kawasaki Traction Control (KTRC) as well with three modes, along with ABS. The 2020 Kawasaki Versys 1000 will continue to draw power from the 1043 cc in-line four-cylinder engine.

The engine specifications for India haven't been revealed yet, but the motor in its current state churns out 120 bhp and 102 Nm of peak torque, while paired with a 6-speed gearbox. The suspension setup includes USD forks up front and a monoshock unit at the rear.

Braking performance comes from 310 mm twin discs up front with four-piston radial-mounted monoblock calipers and a single-piston calliper gripping a 250 mm disc at the rear. The bike rides on 17-inch wheels, and comes with a 21 litre fuel tank. The Versys 1000 will be taking on a host of motorcycles in the adventure space including the Ducati Multistrada 950, Triumph Tiger 800 and the likes.