The all-new Chevrolet Corvette C8 now has it engine place behind the driver with the 6.2-litre V8 churning out close to 500 bhp, a big leap for the iconic American sports car. 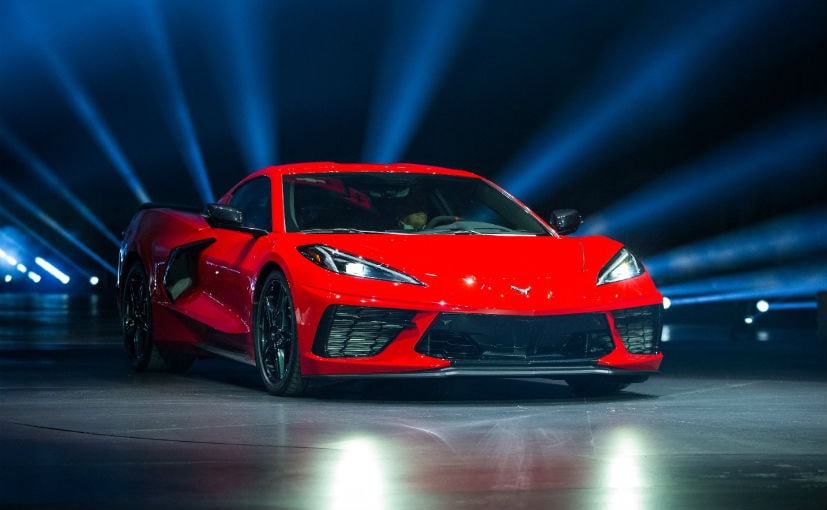 One of the most highly anticipated cars globally, GM has finally pulled the wraps off the 2020 Chevrolet Corvette Stingray C8 as the new version of the iconic American sports car. The new Chevy Corvette is not only different in how it looks but breaks the very mould that the car was known for with its new mid-engined layout. Clearly, a big step for the carmaker, the new 'Vette finally brings the engine to the centre of the car, something Chevy contemplated multiple times over the past decades ever since the XP-819 concept was first unveiled by Zora Arkus-Duntov (father of the Corvette) in 1964. 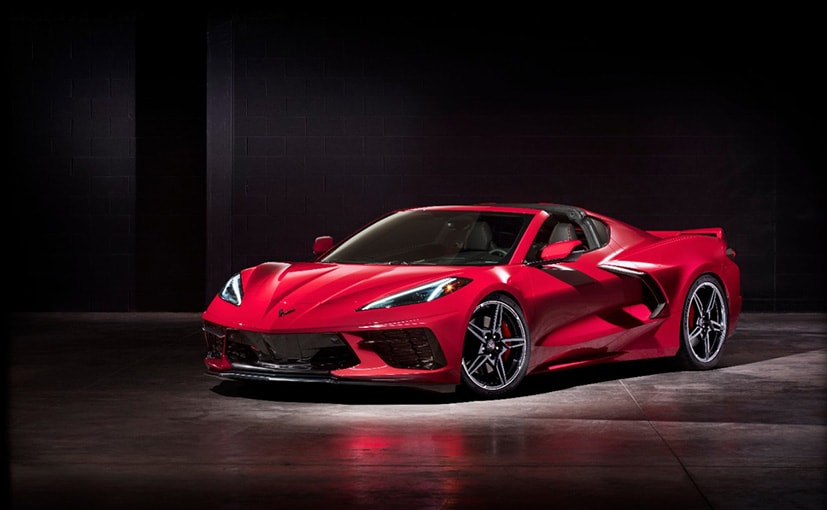 Over 50 years later, the mid-engined Chevrolet Corvette Stingray is ready for production and the sports car does look ready to challenge a number of European offerings. The influence is evident from across the Atlantic. The new design although familiar with the C7 Corvette, especially with the front hood and the roofline even as the overall front design remains identical to the older model. The side scoops seem to take inspiration from the Corvette Indy and CERV III mid-engine concepts from the late 1980s. The rear does bring back the familiarity of the Corvette and practicality too with a trunk slotted in just after the engine. The 2020 Corvette then will not look out of place when it shares space with the likes of the Ferrari F8 Tributo, McLaren 720S, Lamborghini Huracan and the Ford GT. 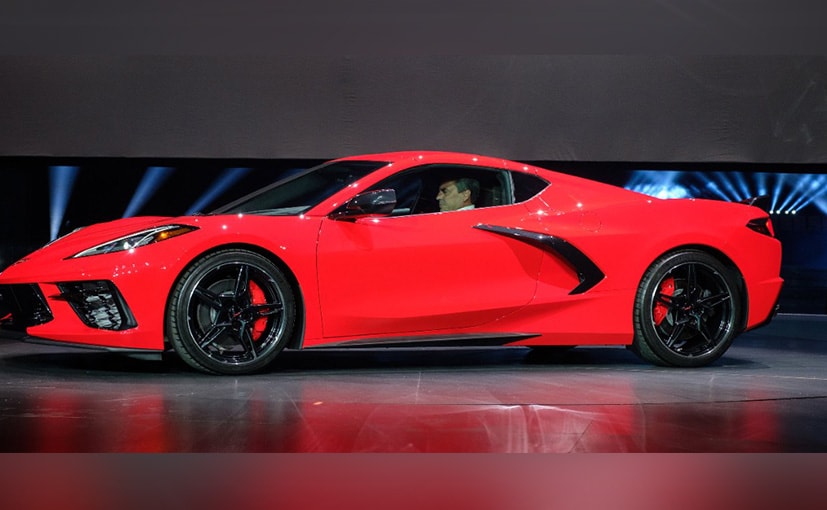 It's just not the engine layout that has changed, the Chevy C8 Corvette also makes more power than its predecessor with the 6.2-litre V8 naturally aspirated engine belting out 495 bhp and 637 Nm of peak torque with the Z51 Performance Package that is sent exclusively to the rear wheels via an 8-speed dual-clutch automatic transmission. The engine is derived from the C7's LT1 and is now called LT2 due to the heavily reworked internal components. This is the base Corvette that's just made its debut and power is expected to go up to 550-600 bhp on the higher-spec versions, while a 1000 bhp version is also said to be in the works employing a hybrid powertrain. Chevrolet says that the new Corvette is based on a new electronic architecture that enables adoption of the company's next generation of technologies. 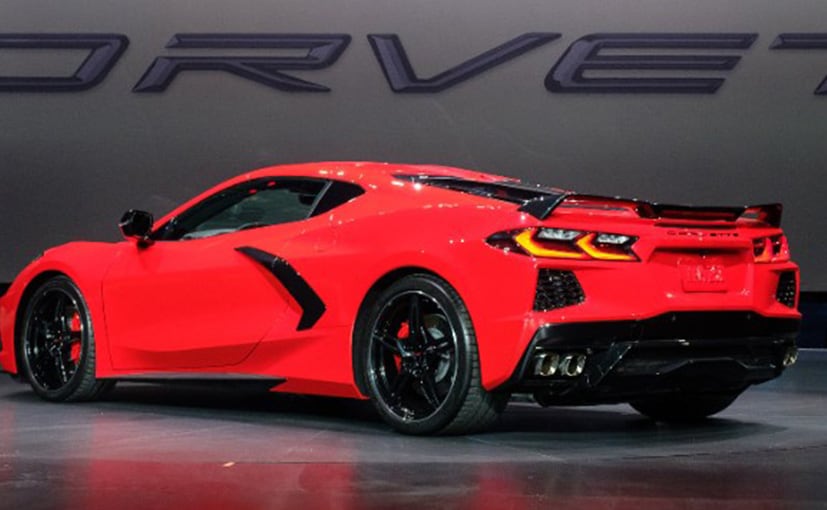 The base 2020 Chevy Corvette though is no slouch and is capable of sprinting from 0-100 kmph in under three seconds. Now, official figures for the acceleration or the top speed haven't been released yet, but it is likely that the time will be on par with the the flagship C7 ZR1 did the same run in 2.8 seconds. Those then, are impressive numbers indeed and you can expect the higher-spec versions to better that time. The top speed is likely to be well over 320 kmph. The 6.2-litre V8 LT2 motor is derived from the C7's LT1 but gets new internals for more power

Inside, the new Corvette Stingray gets a complete overhaul with a host of new digital displays for the instrument cluster and the infotainment system. The interior design is also more driver centric and the array of switches and buttons on the centre console is not only distinctive but literally separates the driver's seat and the passenger. As it has been with the Corvettes, the coupe gets a removable roof, while the front-end car automatically raise itself to clear obstacles. 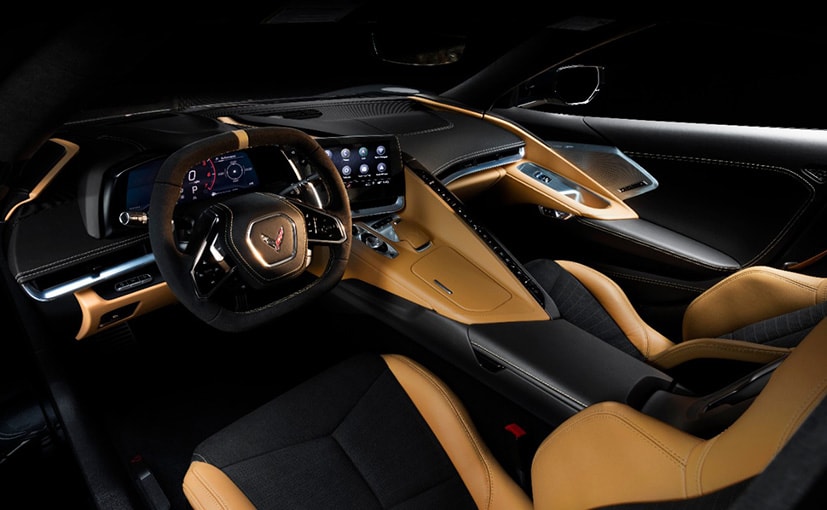 There are two storage options as well including the conventional boot, while a stowage compartment is available under the front hood as well that can store a couple of small bags. Other creature comforts include heated seats with memory function, heated steering wheel, 10-speaker Bose sound system and a Performance Data Recorder that will record data including lap times at a circuit or point-to-point road courses. 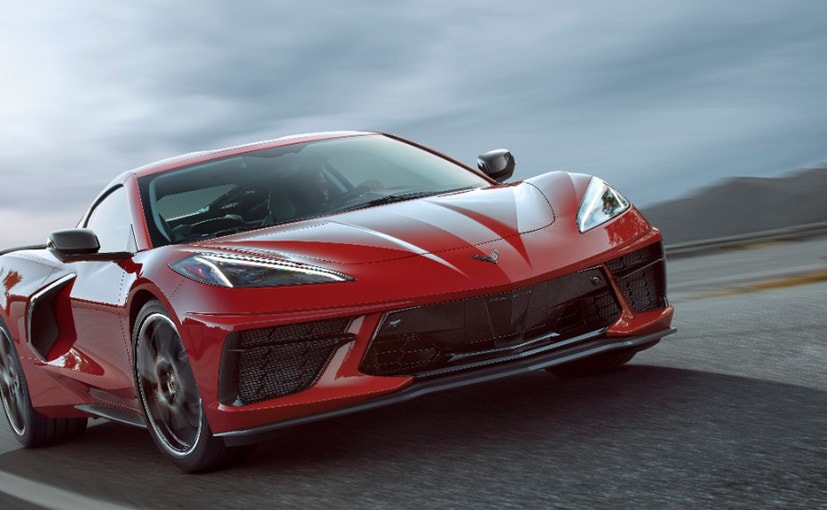 Another big update on the 2020 Chevrolet Corvette Stingray is that the automaker will make American sports car in a Right-Hand Drive (RHD) version as well, which opens it up to a number of new markets. The coupe will be produced at GM's Bowling Green Assembly in the US with manufacturing to start towards the end of 2019. The automaker has confirmed that prices will be under $60,000 (around ₹ 41.31 lakh ) in the US, which makes it quite a lucrative offering.