Finally, it's the time to block our dates for the 2020 Auto Expo which will be organised from February 7 to February 12 at the Indian Expo Mart, Greater Noida, Uttar Pradesh. 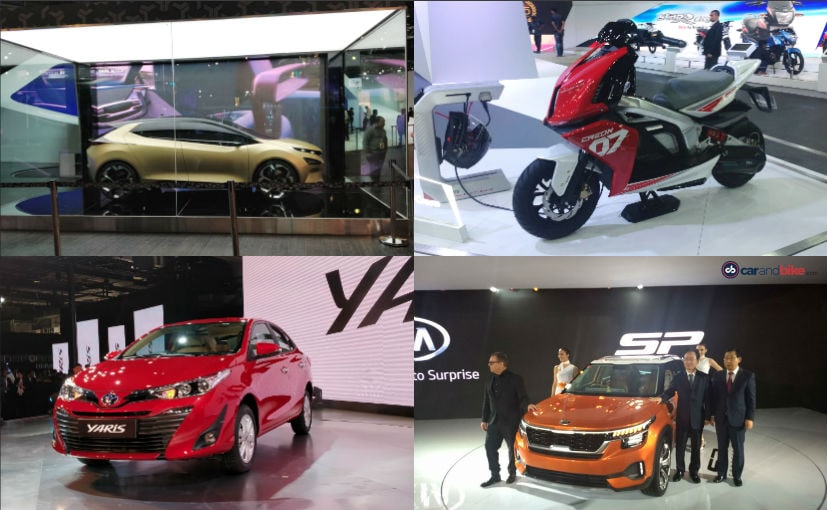 No other event in the Indian auto business is as grand as the auto expo. It's a momentous affair for automakers who get a chance to put up a majestic grandeur to attract some eyeballs and build up interest around their products. Enthusiasts like us look forward to this event even more desperately as it comes once in every two years and finally it's time to block our dates for the next edition of the auto expo. The 2020 Auto Expo will be organised from February 7 to February 12 at the Indian Expo Mart, Greater Noida, Uttar Pradesh.

As usual, carmakers are going to put up a big show at the auto expo and we expect a range of upcoming models, a plethora of concepts and some exciting launches to happen during that time. However, there is something which is bothering us. It's the participation by automakers which may go down this time given the fact that the prolonged downturn in the auto industry has compelled automakers to take cost cutting steps which start with opting out from expensive displays. This becomes even more evident after realising that quite a few eminent automakers did not participate in the last auto expo in 2018.

Having said that, the companies that participated last year did keep up the pace and excited us with all they had on display at their stalls. We are sure that the same will continue even in the next edition as we already know about a bucketful of unveilings and showcases that are coming our way. The most exciting ones will come from the house of Mahindra and all of them are popular models like the next-generation Scorpio, XUV500 and Thar along with the electric XUV300. We also expect to see a strong presence from Tata Motors which can launch the Altroz premium hatchback and Buzzard SUV (seven-seater Harrier) at the 2020 Auto Expo along with showcasing the Hornbill micro SUV prototype. The facelifted Tiago, Tigor and Nexon can also be unveiled at the Auto Expo. India's largest carmaker will also not let the chance go by to make its presence and we expect the upcoming S-Presso hatchback, 2020 Vitara Brezza Facelift and the Vitara mid-size SUV to debut at the 2020 Auto Expo.

If Volkswagen Group decides to participate, expect some facelifted model like the 2020 Polo and Vento from VW and 2020 Superb Facelift from Skoda to be unveiled as well. Audi may also consider showcasing its upcoming models at the Auto Expo and could launch the Audi Q7 Facelift. New entrants like Kia Motors, MG Motor and Groupe PSA (Citroen) will also seize the opportunity to display their future models. Other carmakers like Hyundai and Renault among others may also pull up their socks as they would not want to be left out. And with so much happening at the helm, the 2020 Auto Expo could be anything but lukewarm and boring.