The cabin of the Tata Harrier is heavily inspired by the interior of the Tata H5X concept SUV we saw at the Auto Expo. The SUV is slated to be launched in India in 2019. 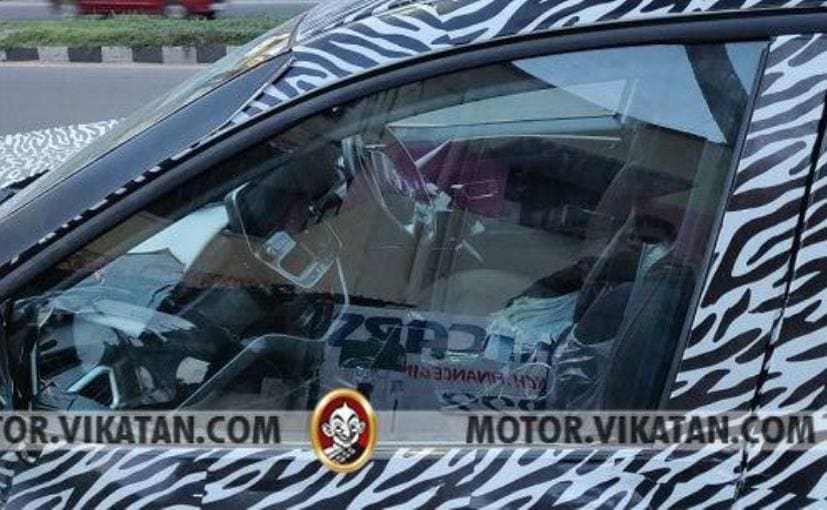 Images of a prototype model of the upcoming Tata Harrier SUV, based on the H5X concept, have surfaced online. While we have already seen several spy images of the SUV's prototype models, this time around, for the first time, we get to see the interior of Tata's new premium SUV. The Tata Harrier will be offered in India, in both 5-seater and 7-seater formats, and judging by the size of it, this one appears to be the former. Tata Motors will be launching the new Harrier SUV in early 2019, however, it's not certain which one will come first. 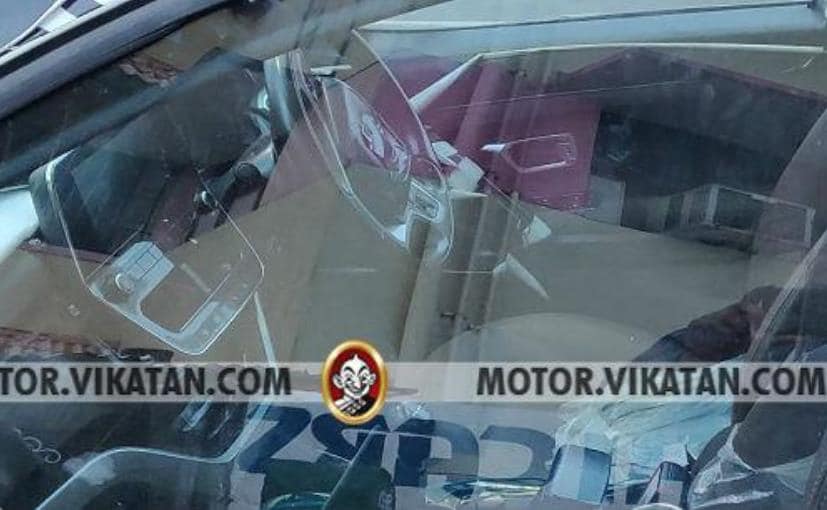 The latest images of the Tata Harrier SUV reveal a near-production cabin, which is heavily inspired by the concept SUV. Here, we only get to see the dashboard and the front two seats of the SUV, so our findings a bit limited. The former is very much similar to the concept SUV's dash, with a floating display for the infotainments system and a set of buttons placed below in an angular position. The steering also wheel seems to be similar, however, unlike the H5X, the production version of the Harrier does not get a fully-digital display for the instrument cluster. Also, the production model appears to have replaced the wooden inlays on the dashboard with black, soft-touch material, offering black and silver dual tone effect. The contoured front seats, on the other hand, appear to be well-built and are likely to offer good comfort. 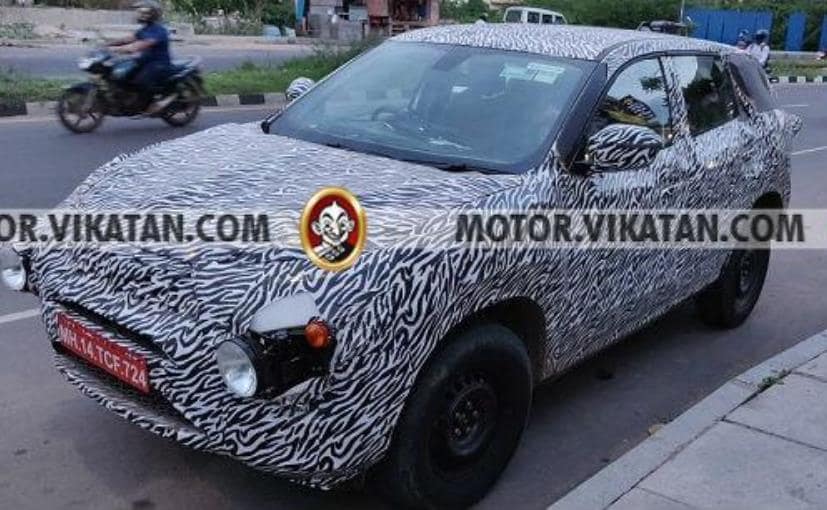 The Tata Harrier is built on the company's new OMEGA platform and will employ the new Design 2.0 philosophy

The new Tata Harrier SUV is built on the company's new Optimal Modular Efficient Global Advanced (OMEGA) platform, built on a monocoque chassis. It will also be the first vehicle to employ Tata's new Impact Design 2.0 philosophy. Visually, the Tata Harrier prototype is still wearing temporary headlamps and few more make-shift exterior equipment. Despite the camouflage, we can see that the SUV will come with a sleek grille, and a wide central air dam, and large rounded ORVMs, instead of the sleek and sharp ones we saw on the concept model. The SUV will also get s bold shoulder line, which takes an upward motion as it goes towards the rear section.

Under the hood, we expect the SUV to get the Fiat-sourced 2.0-litre Multijet II diesel engine that powers the Compass, offered with both a manual and an automatic transmission option. Tata Motors is likely to unveil the production version of the H5X SUV sometime in 2019, and it will be positioned above the Hexa, as the company's new flagship model.