The Renault City K-ZE is a China specific electric vehicle based on the Kwid platform with an approximate range of 240 km on a single charge. The electric vehicle will go on sale in China later this year. 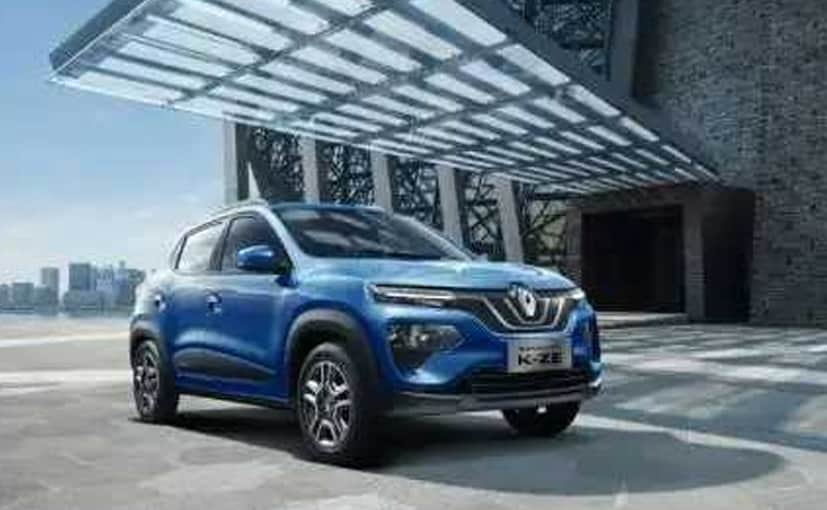 Renault has unveiled the production version of the Kwid EV at the ongoing 2019 Shanghai Motor Show in China. The new EV is based on the K-ZE concept that was unveiled last year and the electric offering smallest yet from the French automaker. The Renault City K-ZE is based on the same CMF-A platform as the India-spec Kwid, but the electric model is specific to the Chinese market for now. The electric hatchback though is being evaluated for the European markets but won't make it there before 2021. Sales in China though will commence later this year. Compared to the standard Renault Kwid, the City K-ZE electric vehicle gets changes to the underpinnings to accommodate the batteries and an electric motor. The City K-ZE adopts a 33 kW motor capable of delivering 120 Nm of peak torque. The company says the car can be charged using the standard 220V domestic and plug charging points. In the fast charging mode, the City K-ZE is capable of being charged up to 80 per cent in 50 minutes, while the slow charging mode will see batteries fully charged in four hours. The range is estimated to be about 240 km on the electric hatchback.

Speaking on the City K-ZE, Renault China - Deputy Commercial Range Director, Yongho Shin said, "Renault City K-ZE is mainly aimed at an audience of active urban dwellers or families living in peri-urban areas who are highly sensitive to new technologies and modern design, looking for a pragmatic and reliable solution to travel without traffic restrictions due to air pollution." 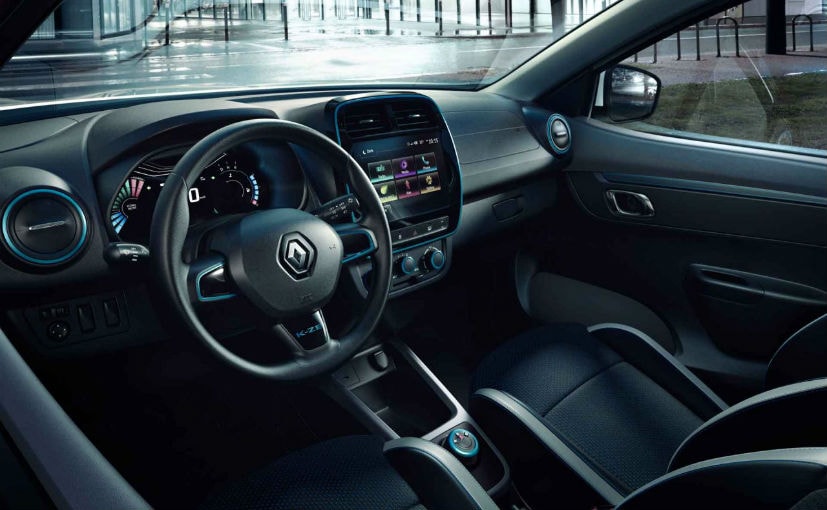 The Renault City K-ZE's cabin is identical to the Kwid

Visually, the Renault City K-ZE is identical to the Kwid and even carries over several elements from the concept version. The grille has been tweaked and sports the large diamond logo up front, while the headlamps are sleek and sharper and get the LED treatment. The Kwid EV also replicates the split headlamp design that is now increasingly becoming popular, and gets the nicely styled alloy wheels as well. Compared to the standard Indian version, the City K-ZE gets a lower ground clearance at 150 mm. 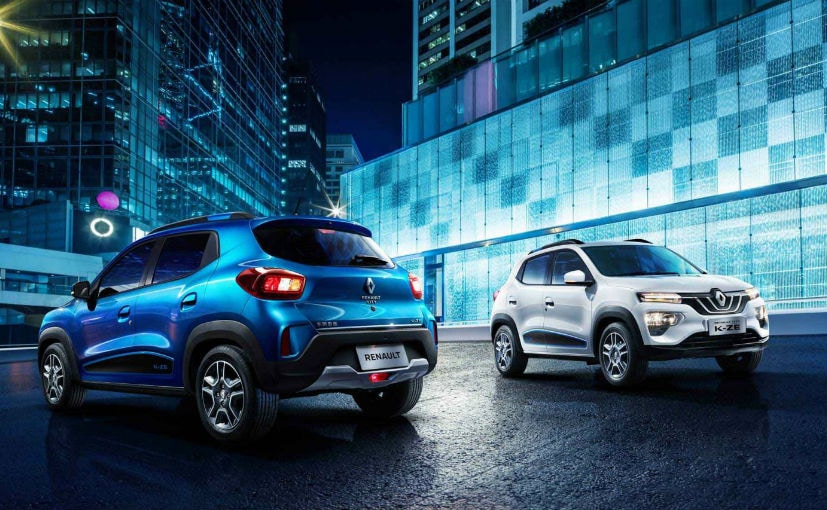 The Renault City K-ZE's cabin is identical to the Kwid and gets the 8-inch touchscreen infotainment system, 4G internet with navigation and voice control. The overall dimensions remain the same, and so does the boot capacity of 300 litres. Unlike the Kwid AMT, the K-ZE gets the drive selector between the front seats instead of the centre console. There is an quality control system as well that circulates the interior and exterior air automatically depending on the air quality in the cabin. Other features include a tyre pressure monitoring system and reverse camera on the K-ZE EV.

Renault is aiming to sell 550,000 electric cars in China by 2022 and the City K-ZE is expected to bring a major chunk of those volumes. The car will be built in China as part of a joint venture between Renault, Nissan, Mitsubishi and Chinese car maker Dongfeng. Renault India has announced no plans of introducing the Kwid EV here anytime soon, but we do hope the company considers the same giveen the market's push towards electric vehicles in the coming years.