The 2019 Renault Duster facelift will sport comprehensive changes including new front styling, more features and a revised interior as well. 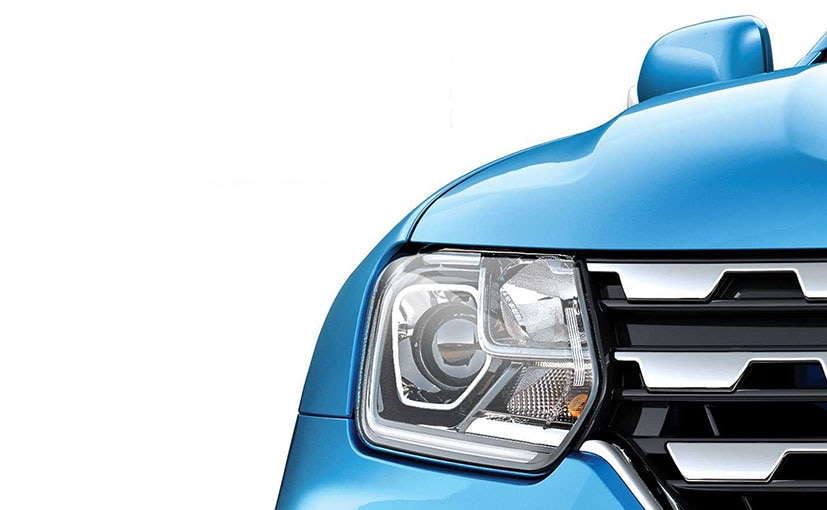 The Renault Duster is due for a comprehensive update soon, and the French automaker has now teased the facelifted version of the compact SUV on its website. The 2019 Renault Duster facelift teaser confirms a number of changes on the SUV including the new headlamp cluster, grille and revised bonnet, while spy shots which emerged last month have confirmed changes to the cabin as well. The Renault Duster facelift is likely to go on sale this month, ahead of the all-new Triber that is scheduled to go on sale by the end of July 2019.

The new teaser reveals the revised headlamp cluster on the 2019 Renault Duster. The unit now sports a projector lens, new chrome embellishing and LED daytime running lights. The triple-slat chrome grille is new as well and is intended for a more upmarket look, replacing the sportier twin-slat blacked out unit on the outgoing version. The big update will be the new bonnet design on the Duster facelift to meet the new predestrian protection norms. The updated Duster will also get a revised bumper, fog lamps, skid plates at the front and rear, as well as new alloy wheels. The taillight design will remain the same, but there is additional cladding on the tailgate.

Inside, the 2019 Renault Duster facelift will sport a new multi-function steering wheel, new touchscreen infotainment system with Apple CarPlay and Android Auto connectivity, and rectangular AC vents for the centre console. Also expect to see to new materials in the cabin for the seats and aluminium and chrome inserts for the premium touch. There will be a new blue exterior shade as well, as seen in the teaser. 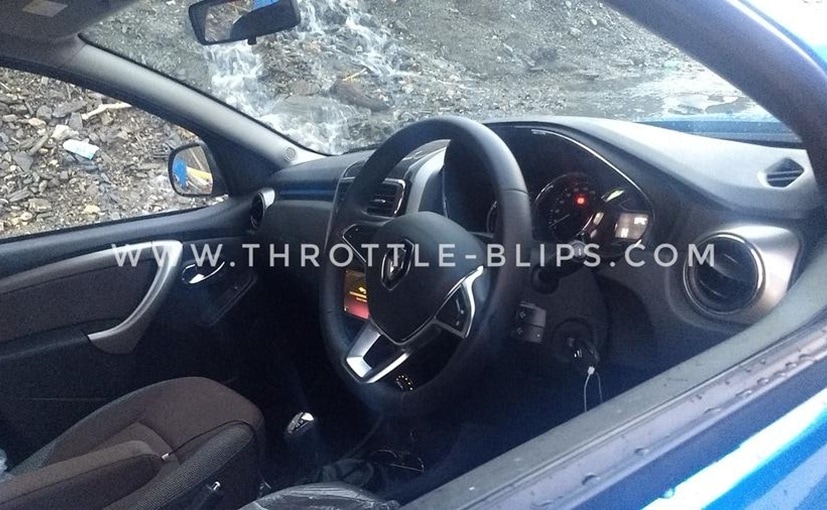 The 2019 Duster's cabin will get a new steering wheel and infotainment system | Pic Credit: Throttle-blips

Engine options on the new Renault Duster facelift will include the 1.5-litre petrol and diesel engines, while paired with a 5-speed manual and CVT automatic on the petrol version. The diesel engine will come mated to a 6-speed manual or AMT gearbox as optional. The updates are expected to help the Duster soldier on until the next generation version arrives. The third generation model is currently under development for the global markets with India being the lead market in terms of development. The new Duster will only arrive by 2023, and will sport all-new engine options as well. In fact, we've told you exclusively that the next generation Duster for India will offered only with petrol engines.

The Renault Duster facelift is set to go on sale in few days and will take on the Hyundai Creta, Nissan Terrano, Tata Harrier, and even the MG Hector. Prices for the current Duster line-up start at ₹ 7.99 lakh (ex-showroom, India) and expect prices to see a hike once the facelift arrives.