Celebrating its 70th anniversary, Porsche took the wraps off the 911 Speedster at the ongoing New York Auto Show. 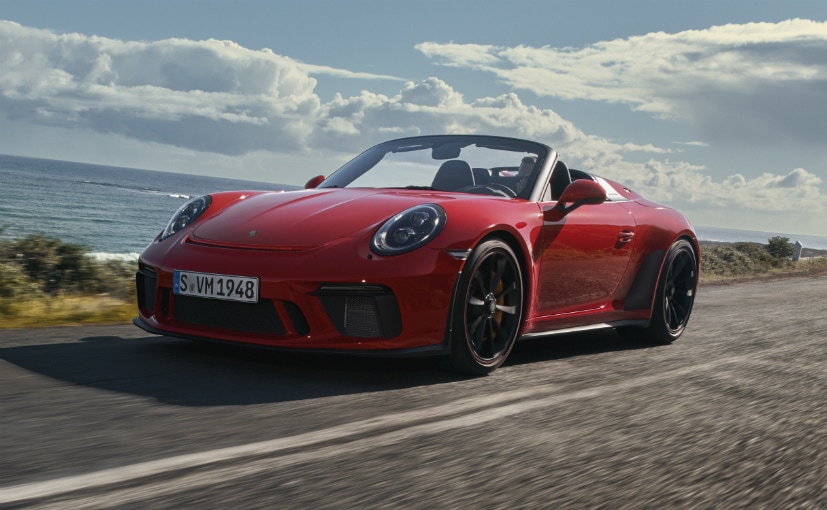 The Porsche 911 was always good-looking machine but the 911 Speedster takes the overall design to the next level. Porsche had showcased two Speedster concepts last year, celebrating 70 years of its existence and now, the company showcased the production version of the new 911 Speedster, which is based on the 911 GT3 ₹ Not only does it look outright delicious but packs a mean punch to go with the looks. It gets a naturally-aspirated 4.0 litre flat-six engine that is also used in the current 911 GT3 and 911 GT3 RS models, the 2019 911 Speedster develops 502 bhp and 470 Nm of peak torque. The car also gets individual throttle bodies for better throttle response. The Porsche 911 Speedster gets just a 6-speed manual transmission for a proper purist experience. 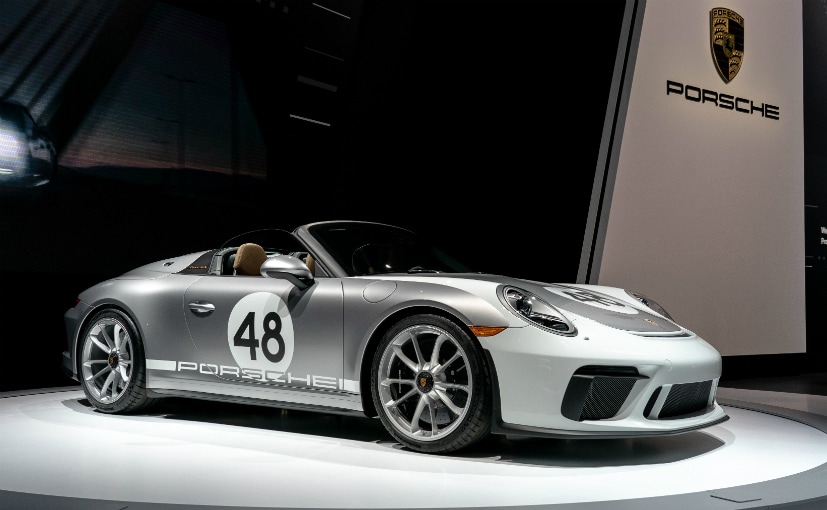 (Porsche will also offer a heritage package for the 911 Speedster)

The 0-100 kmph sprint takes under 4 seconds and the top speed of the Porsche 911 Speedster is 309 kmph. The 911 Speedster also gets a bunch of weight saving bits such as carbon fibre fenders and boot lid, ceramic composite brakes. Even the 6-speed manual gearbox is lighter by 4 kg with regards to the seven speed unit and about 18 kg lighter than the dual-clutch variant. Hard core buyers can also opt to buy the car without AC, although the car can be fitted with an AC unit if need be. The 2019 911 Speedster is planned to be available for order from May 2019 and is expected to reach U.S. dealers in late 2019. Porsche will manufacture only 1,948 units of the 911 Speedster globally, with 1948 signifying the first year of Porsche's operations. 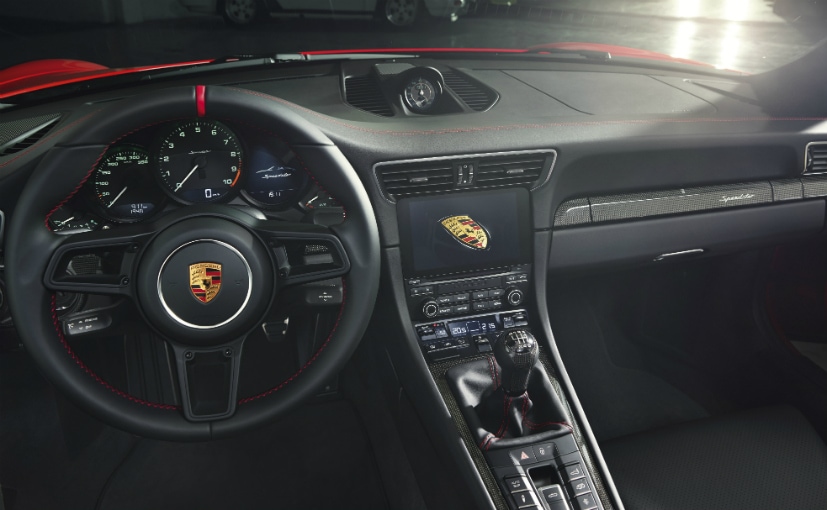 (The interior get a bunch of weight saving bits such as door nets, no AC and so on)

The interior of the 911 Speedster gets lightweight door panels with storage nets in a bid to reduce weight. The standard black leather interior can be supplemented with red stitching for the dashboard and the 'Speedster' badges on the headrests. The door pulls are also fitted in red and the interior trim, which spreads to the gear shift knob as well as the door sill guards with 'Speedster' model lettering, is made of carbon fibre too.