Mercedes-AMG took the wraps off the new A45 4Matic+ and the A45 S 4Matic+ recently. Both models get the world's most powerful four-cylinder engine with a two outputs of 382 bhp and 415 bhp. 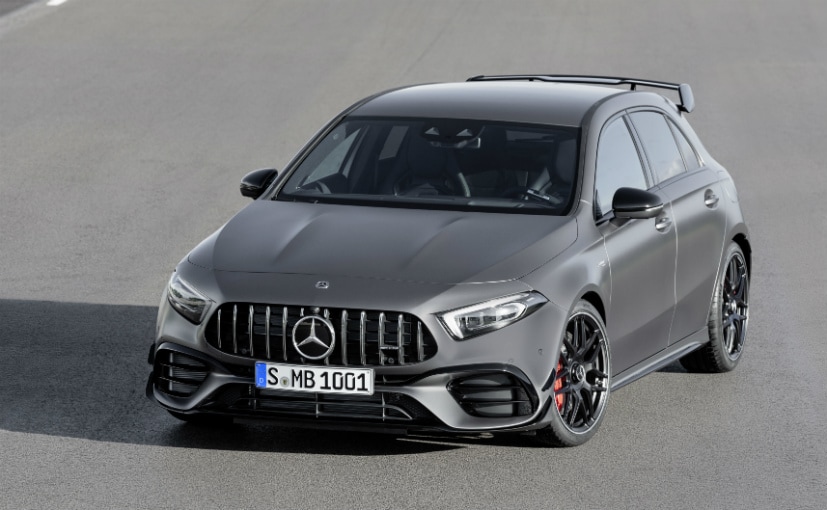 Mercedes-AMG has revealed the 2019 A 45 4Matic+ and an even more powerful version, which is the A45 S 4Matic+. Both models get the most powerful four-cylinder engine which pumps out 382 bhp and 480 Nm in the A45 and 415 bhp and 500 Nm in the A45 S. The car was revealed at the ongoing Goodwood Festival of Speed in the UK. The idea behind the car was to offer performance never heard of in the compact class. The hot hatch gets the AMG-specific grille for the first time, with a wider lower contour and twelve vertical louvres. It gets slim LED headlamps from the new-gen A-Class making for a sleek-looking car. The power bulge on the bonnet coupled with the flared wheel arches add to the aggressive looks of the A45.

Also Read: Mercedes-AMG A45 Spied Testing At The Nurburgring 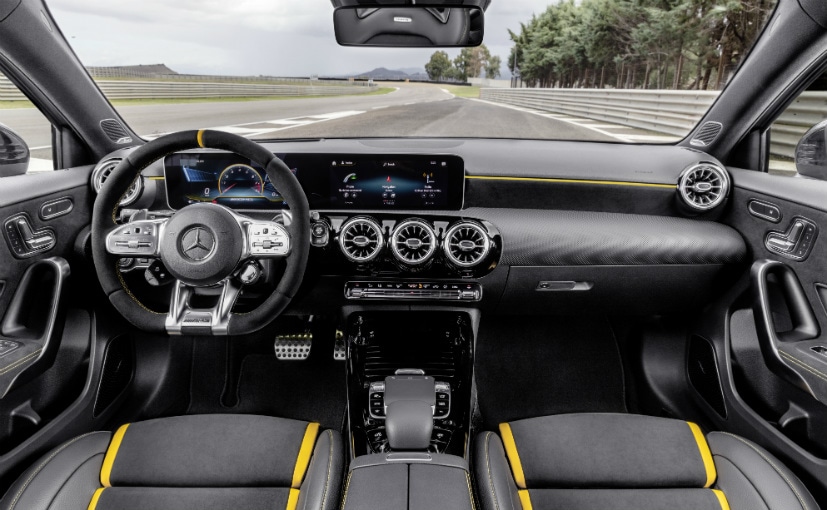 The completely new 2.0-litre engine is the world's most powerful turbocharged four-cylinder manufactured for series production. The engine is paired to an 8-speed AMG Speedshift gearbox The A45 can do the 0-100 kmph run in four seconds flat while the A45 S does it in 3.9 seconds. The A45 and the A45 S have an electronically limited top speed of 250 kmph and 270 kmph respectively. With the AMG driver's package, the A45's top speed can be bumped up to 270 kmph as well. The specific output of the cars is 208 bhp/litre, which is downright mental. Plus, the car also has a 'Drift' mode which can be activated by putting the transmission into manual and switching off the ESP and car being in the race mode. There are six driving modes on offer, which are slippery, comfort, sport, sport+, individual and race. 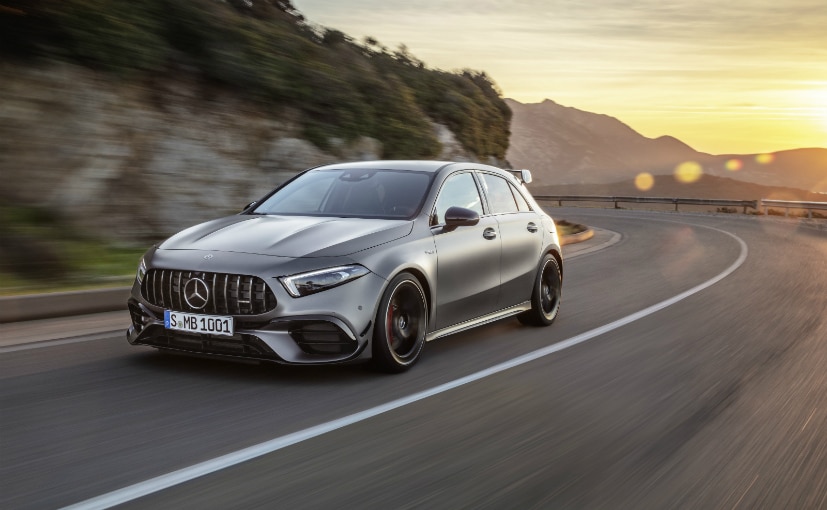 The A45 gets 18-inch alloys as standard while the 'S' variant gets 19-inchers. The 18-inch alloys get a 10-spoke design while the 19-inch alloys have a 5 twin-spoke design. Plus, the standard model gets grey brake callipers with white AMG lettering while the 'S' model gets bigger 6-piston, red brake callipers with black AMG lettering. Apart from the driving modes, the A45 and the A45 S also get AMG Dynamics which is basically integrated vehicle dynamics control which can be used to alter the ESP settings, all-wheel control and steering characteristics. It is highly unlikely that Mercedes-Benz will launch the A45 in India given that the new-generation A-Class isn't on sale as well. But, never say never!