The 2019 Honda Civic has been launched in India today with two engine options and five variants. Read on to know how it stands against its rivals. 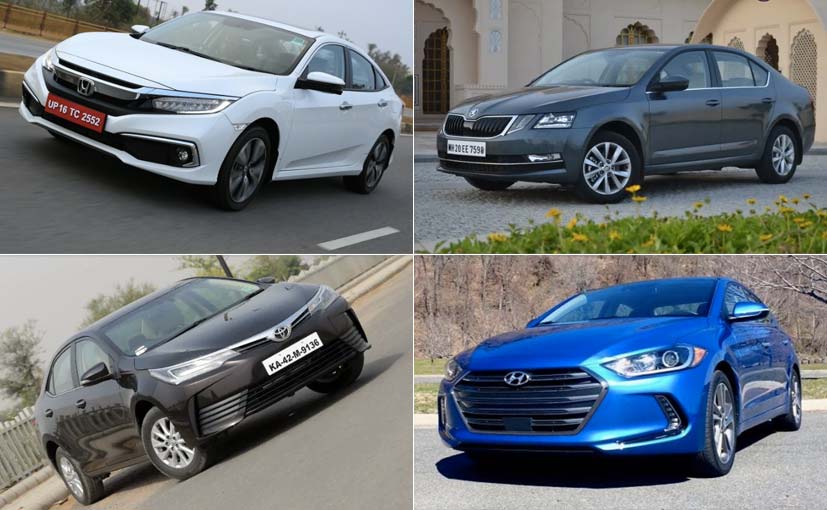 View Photos
The 2019 Honda Civic has marked the re-entry of the Civic brand after seven years.

The 2019 Honda Civic has been finally launched In India at a starting price of ₹ 17.70 lakh going up to ₹ 22.30 lakh, all prices ex-showroom, India. The new Honda Civic has been launched in both petrol and diesel iterations. The diesel is the new 1.6-litre unit sourced from the 2018 CR-V and the petrol is the same tried and tested 1.8-litre engine. However, the Civic has its own limitations. For starters, the petrol engine is only available with a CVT gearbox as standard and the diesel is mated to a six-speed manual transmission as standard.

The Skoda Octavia, in fact, is the one with the widest range. It's offered in four variants and three engine options at a starting price of ₹ 15.99 lakh for the base 1.4-litre Ambition variant going all the way up to 25.99 lakh for the top-end L&K diesel variant. The 1.4-litre petrol variant is priced reasonably compared to other models but the engine too is comparatively smaller than the competitors and is mated only to a manual transmission. The Octavia also gets the 1.8-litre petrol engine which starts at 20.59 lakh and is mated to a dual-clutch gearbox as standard. The 2019 Honda Civic 1.8 petrol which stands as a true competitor to the Skoda Octavia undercuts it by a whopping ₹ 2.89 lakh for the base variant and ₹ 2.59 lakh for the top-end variant. The diesel Octavia, on the other hand, is offered with a 1.8-litre unit which is available with both manual and automatic transmissions. The base diesel variant of the Civic is ₹ 2.51 lakh more expensive than the base diesel of the Octavia while the top-end is ₹ 3.69 lakh cheaper than the Octavia L&K. However, the Civic diesel is ₹ 1.31 lakh more expensive than the 1.8-litre Style variant which is the top-end diesel manual variant.

Also Read: 2019 Honda Civic Review: The Return Of The Prodigal

Honda City
₹ 11.32 - 16.98 Lakh *
View More
Subscribe to Our Newsletter
Over 1.5+ Lakhs subscribers
Thank you for Subscribing to Us