The Hyundai Veloster N ETCR is the brand's first-ever electric race car and will be competing in the new European Touring Car Championship. Electric mobility is a major part of Hyundai's future and the carmaker has introduced its first-ever electric race car at the 2019 Frankfurt Motor Show. The Hyundai Veloster N ETCR is an all-electric machine based on the Veloster hatchback and will compete in the new European Touring Car Championship (ETCR). The new offering shares the roof with a number of electrics at Frankfurt this year including the Volkswagen ID.3, Mercedes-Benz GLC 350e, Porsche Taycan, Mercedes Vision EQC and more. The EV race car has been designed and built at the company's Alzenau headquarters, with work first commencing in November 2018, while the first shakedown of the prototype was completed in August this year. The Hyundai Veloster N ETCR looks identical to its ICE counterpart - N TCR, and looks quite menacing with the massive grille up front, sweeping bonnet, wide-body kit and bumpers, and a massive rear wing. The big update, of course, comes under the hood with the 350 bhp 2.0-litre turbocharged four-cylinder petrol engine replaced by a single electric motor that sends power to the rear wheels. The electric motor is mounted behind the driver, which makes it a mid-engined race car. Both of which are a  first for Hyundai Motorsport. That should make the drive very interesting on the Veloster N ETCR. Hyundai though is yet to announce the power figures from the electric motor. 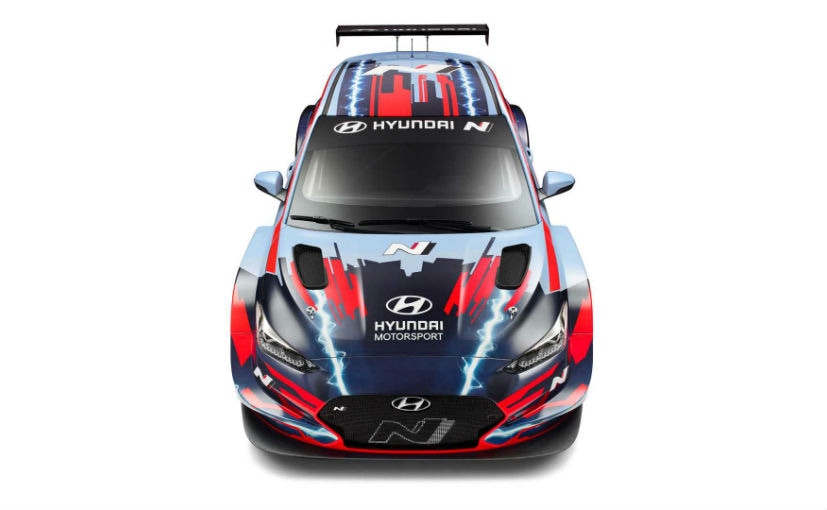 The new electric Veloster N ETCR will run alongside Hyundai's current motorsport commitments including the FIA World Rally Championship (WRC), as well as Customer Racing efforts with the i20 R5, i30 N TCR and the Veloster N TCR. The learnings from the electric race car will be shared with Hyundai's global R&D facility in Namyang, South Korea. The automaker will start a full testing program later this month on the Veloster N ETCR .