Based on these latest images, the 2019 Ford Endeavour facelift appears to come with several small cosmetic updates, new a update features and a new body colour option. 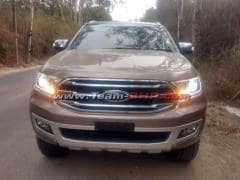 Up front, the 2019 Endeavour will come with a revised grille with fatter and more embossed chrome slates. The SUV gets similar projector headlamp with LED daytime running lamps, however, the cluster design has been updated and so has the front bumper, which now comes with a wider central airdam, and the silver frame around it has also been updated. The foglamps look like they have been revised, while the skid plate design looks unchanged. 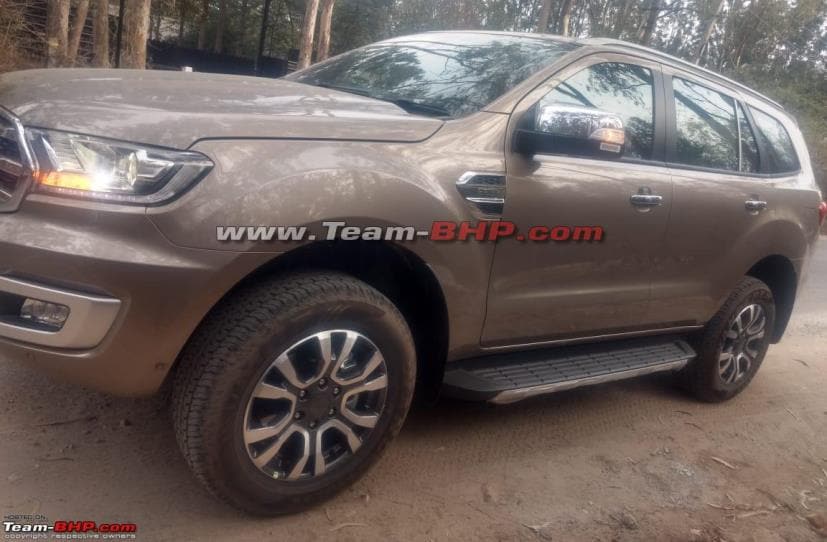 The profile of the SUV continues to exude the Endeavour massiveness, and now features a set of new, bolder six-twin-spoke alloy wheels, while the rest of it remains unchanged, including the engine badging right above the front wheel arch. The ORVMs, roof rails and footboard also have been carried over from the pre-facelift model. Similarly, the rear section too hasn't received any mentionable update and continues to feature the same taillamps, a roof spoiler with stop lamp, and bumper. 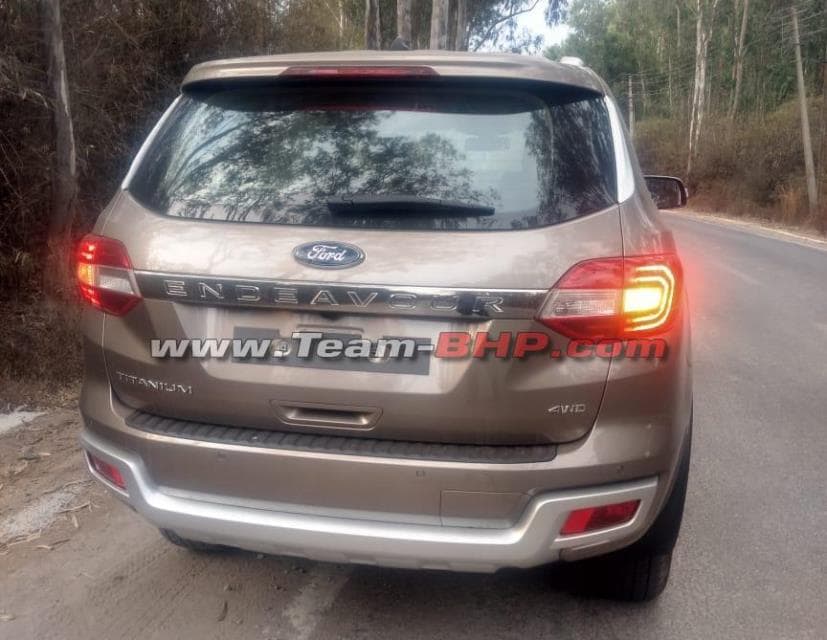 We do not get to see the cabin of the facelift Ford Endeavour in entirety in these images, however, based on photos available, it's clear that updates made to the cabin are also quite minimal. In fact, the dashboard and the centre console looks pretty much identical to the pre-facelift Endeavour, with the same placement for the touchscreen display, air con vents and the driving mode dial. That said, the infotainment system has been probably updated with the company's latest software, offering both Apple CarPlay and Android Auto with Ford's very own SYNC3 connectivity system. Other features will include power seats from both driver and front passenger, an engine start-stop button, and although we do not get see it here, a panoramic sunroof as well. 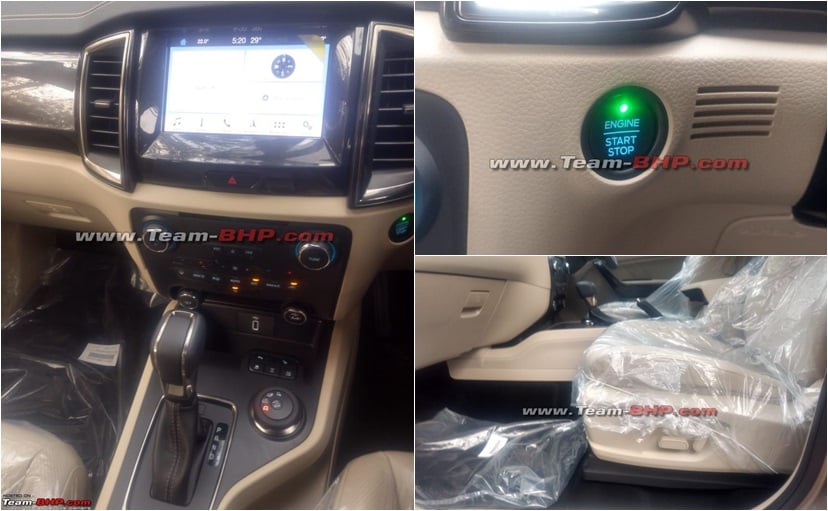 2019 Ford Endeavour Facelift's cabin is also likely to remain unchanged, save for some minor updates

The biggest change is expected under the hood, as the 2019 Ford Endeavour facelift is likely to come with a new 2.0-litre diesel engine, replacing the older 2.2-litre diesel engine. According to one of the dealers we spoke to, the new 2.0-litre engine will power the lower-spec Trend and Titanium variants, while the existing 3.2-litre motor will continue to be offered with the top-spec model. Currently, the Endeavour is only offered with an automatic torque converter transmission, which we expect will continue to be the case in the facelifted model as well.