The 2018 Triumph Tiger 1200 gets over 100 changes in comparison to the old model. Also, the new bike weighs 10 kg less than the previous model. 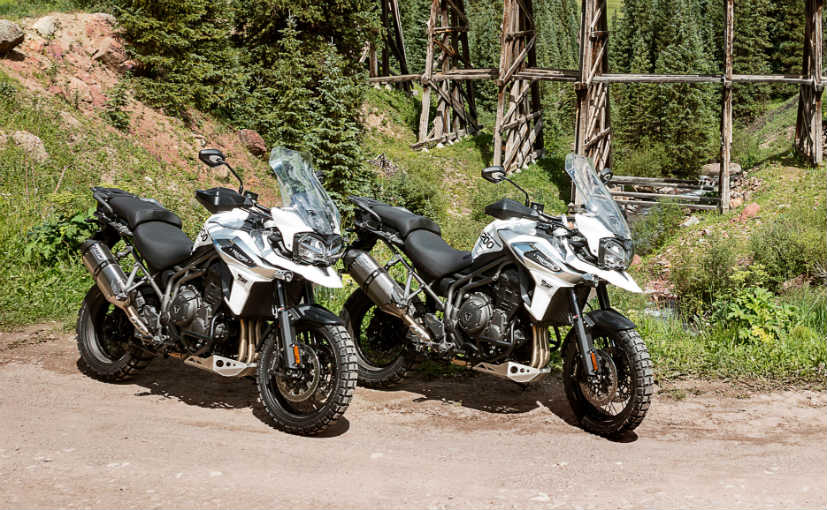 India will finally be getting fully updated 2018 Triumph Tiger 1200 on 11th May, 2018. The new Tiger 1200 will be launched in India as a completely built unit unlike the new-gen Tiger 800 which will be locally assembled in India. We expect the prices of the new Tiger 1200 to start from ₹ 17.5 lakh. Globally, the Tiger 1200 has six variants, but it remains to be seen how many variants does Triumph launch in India. Also, Triumph India has already started taking bookings for the Tiger 1200 in India at a price of ₹ 2 lakh across its 15 dealerships in India. Here is everything you need to know about the new Triumph Tiger 1200.

The Tiger 1200 continues to get the 1,215 cc in-line three-cylinder engine which makes 141 bhp at 9,350 rpm and 122 Nm of peak torque at 7,600 rpm. The bike also gets a lighter flywheel and crankshaft along with a new magnesium cam cover. The engine comes paired to a 6-speed manual gearbox. And just to remind you, the Tiger 1200 has a final shaft drive instead of the regular chain drive. The new Tiger 1200 gets the same fully digital TFT screen which is also used on the new-gen Tiger 800. Along with it, the new Tiger 1200 also gets a new toggle switch along with backlit switches. Also, the adventure motorcycle gets new riding modes along with cornering ABS and hill-hold assist. The cruise control has been updated as well. The transmission unit now gets a bi-directional quick-shifter for the clutch as well.

The new Triumph Tiger 1200 will go up against the likes of the BMW R 1200 GS and the Ducati Multistrada 1200. Ducati will also be launching the Multistrada 1260 in India in the next few months.