The 2018 Porsche Cayenne SUV gets a host of upgrades over its predecessor including a revised chassis, and a separated link design for the front axle and a multi-link rear axle. 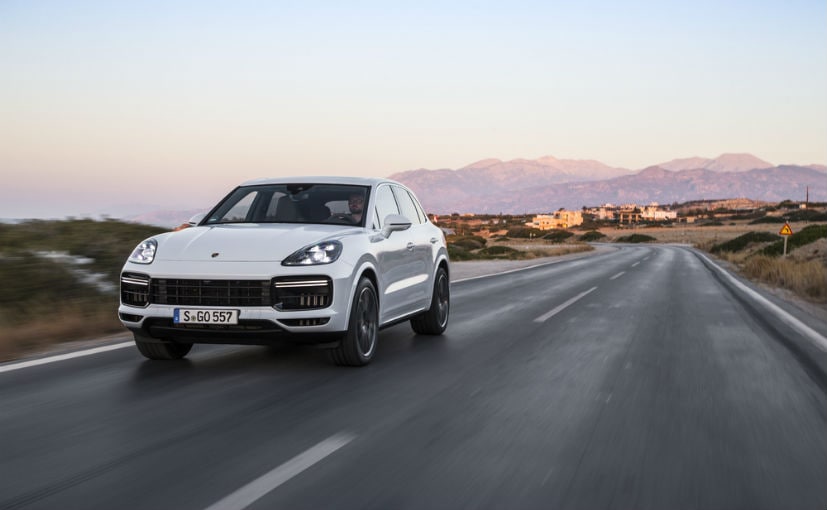 We'd told you a long time back that the 2018 Porsche Cayenne is all set to land on Indian soil this year. Though the launch has been delayed to the festive season, the company was planning to launch the car in the middle of the year. However, the third generation of the SUV is all set to grace our shores today. Bookings for the new Porsche Cayenne Turbo had already started in September and the first batch of cars will be delivered this year. The all-new model boasts of a new and more agile platform, more powerful engines and for the first time, the option of a hybrid powertrain as well.

The 2018 Porsche Cayenne SUV gets a host of upgrades over its predecessor including a revised chassis, and a separated link design for the front axle and a multi-link rear axle. The latter though is offered as optional, but further improves the agility on the car. Visually too, the Cayenne has evolved and gets a sharper looking appearance while keeping the appearance similar. The SUV now comes with the Porsche Dynamic Light System (PLDS) or LED Matrix Beam headlights, which also include PDLS.

In terms of power, the new generation Porsche Cayenne will be offered in a range of engine options including V6 and V8. The standard version will use a 3.0-litre single-turbo V6 with 335 bhp and 450 Nm of peak torque, while the Cayenne S will draw power from the 2.9-litre twin-turbo V6 that produces 433 bhp and 550 Nm of peak torque. The 2018 Cayenne Turbo packs in 542 bhp and 770 Nm of peak torque from a 4.0-litre bi-turbo V8 engine, and is capable of hitting a top speed of 286 kmph.

01:22 PM
2018 Porsche Cayenne E-Hybrid Pictures
The E-Hybrid Cayenne is here too and here's what it looks like. 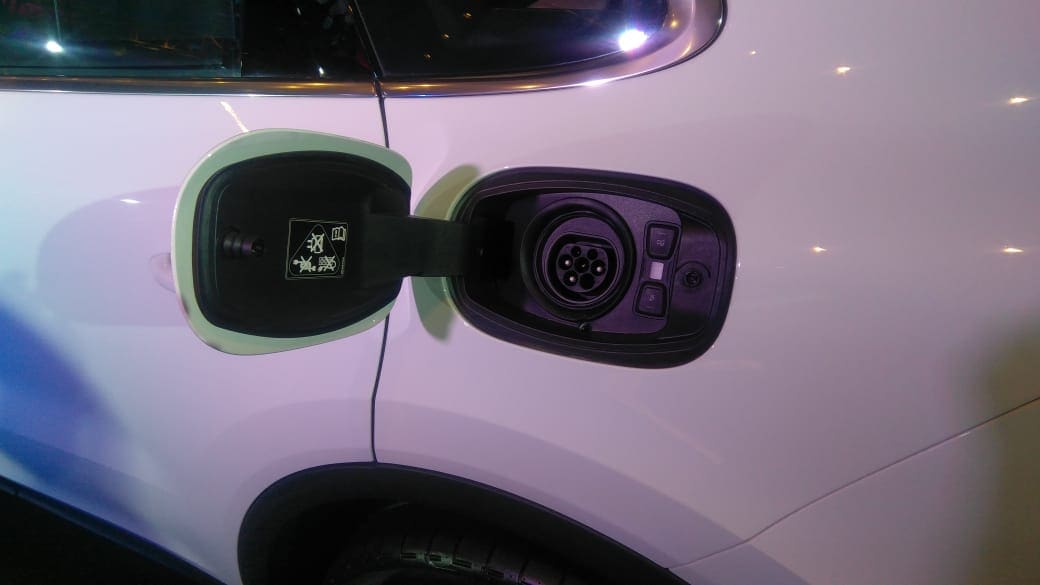 01:21 PM
2018 Porsche Cayenne Photos
Here are a few pictures of the new Cayenne 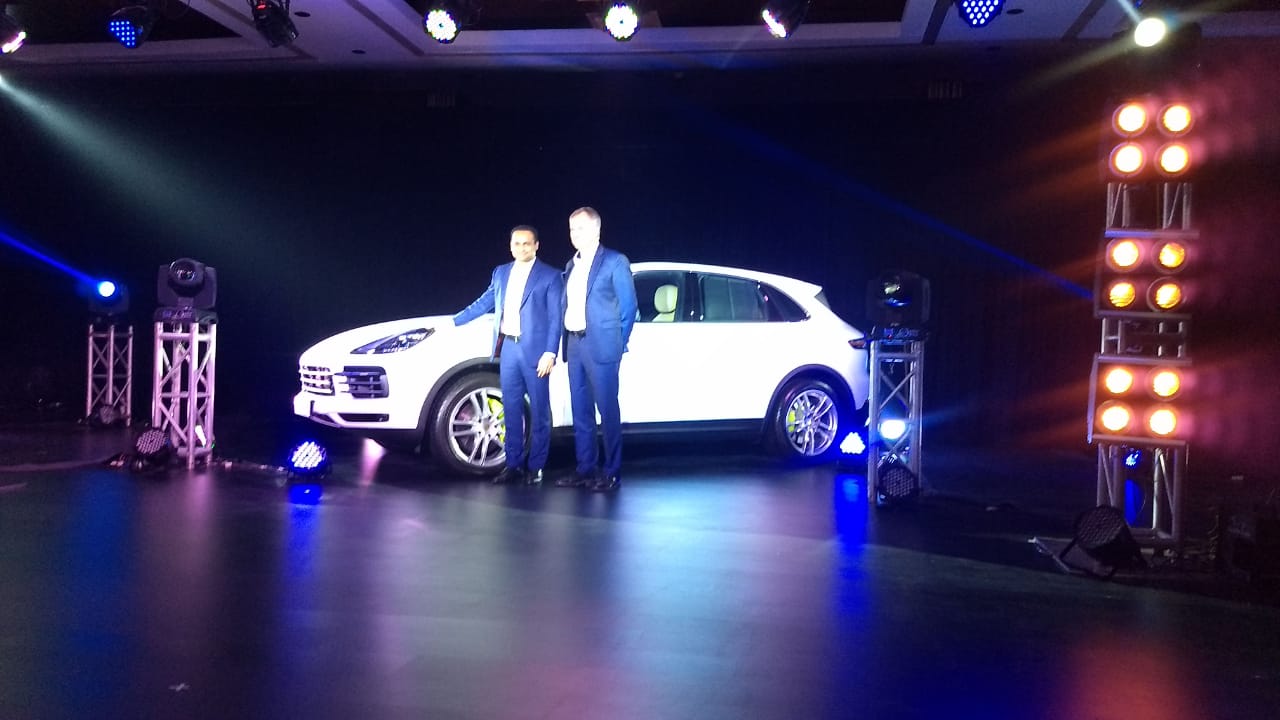 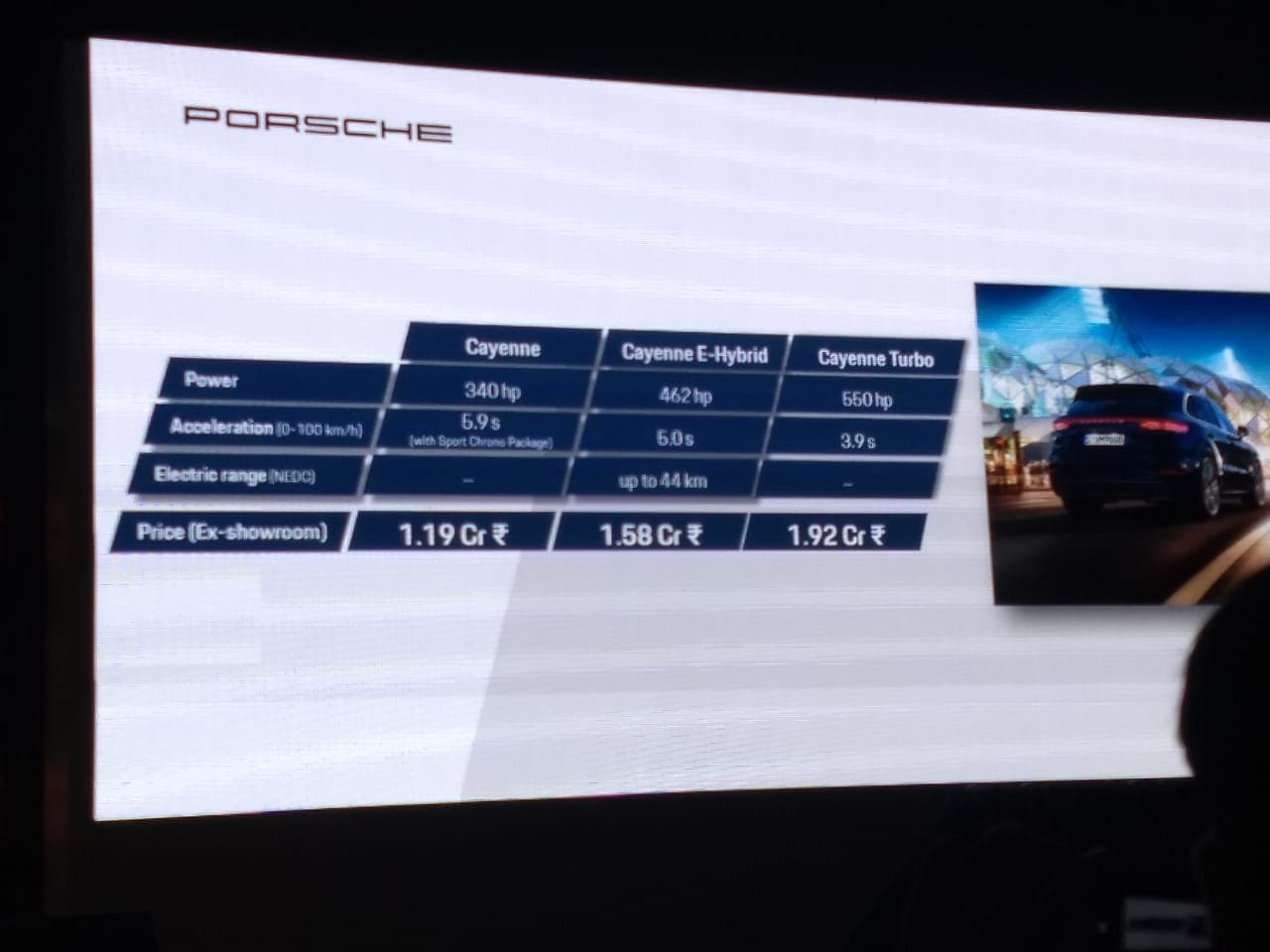 12:56 PM
2018 Porsche Cayenne Chassis
The new Cayenne shares the basic structure, the drivetrain layout and even the suspension hardware which includes the three-chamber air springs (which are optional on the Cayenne and Cayenne S). There's also the 48-volt powered active stabilizer bars and rear-wheel-steering system that are optional across the range. 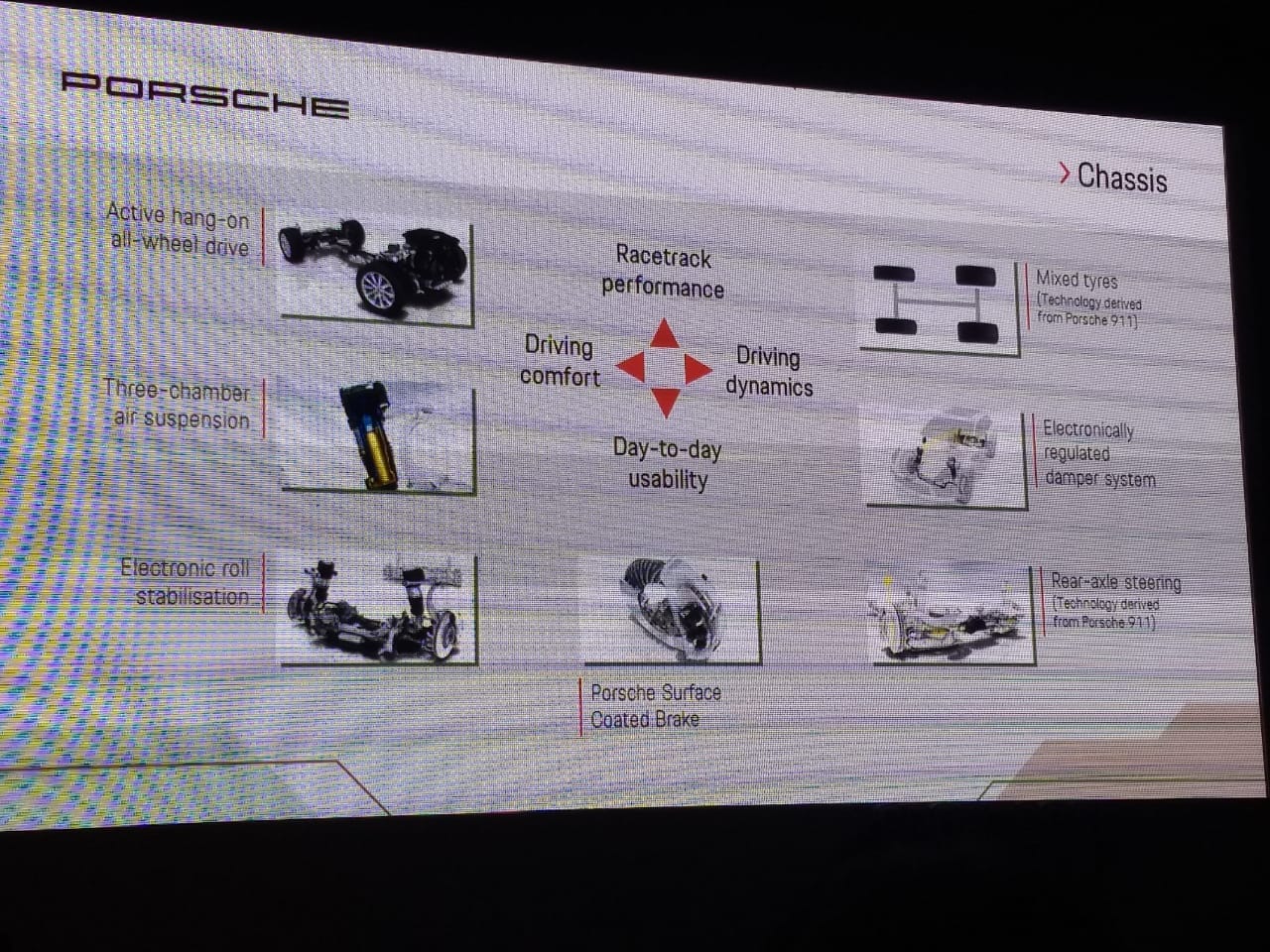 12:54 PM
2018 Porsche Cayenne Cabin
The Cayenne is now longer and wider than before but the wheelbase has remained the same, so clearly there was enough space at the back of this 5-seater SUV. But this means the boot is bigger and now there's 100 litres more available to stock whatever you want. The cabin too is pretty swanky and it resembles the one on the new Panamera. You get a 12.3-inch HD infotainment touchscreen, haptic switches on the centre console, and an instrument panel with an analogue tachometer flanked by two 7.0-inch HD display screens, which provide you with details like G-force, tyre pressure monitor, navigation and even fuel economy. And yes, there's Apple CarPlay too in there 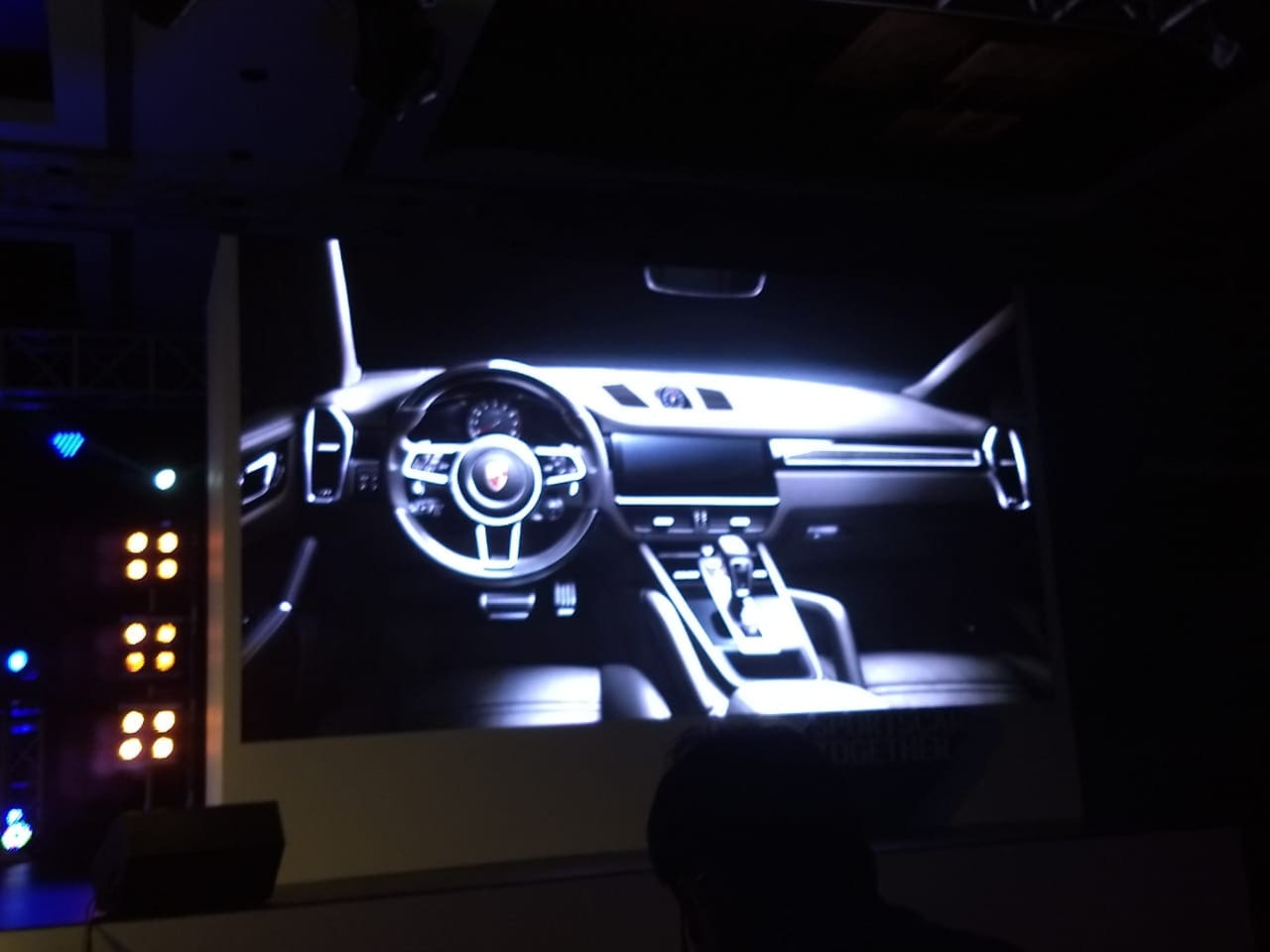 12:52 PM
Porsche Cayenne Success Story
The Porsche Cayenne has been a success story for Porsche ever since its launch in 2002 says Pavan Shetty, Director, Porsche India 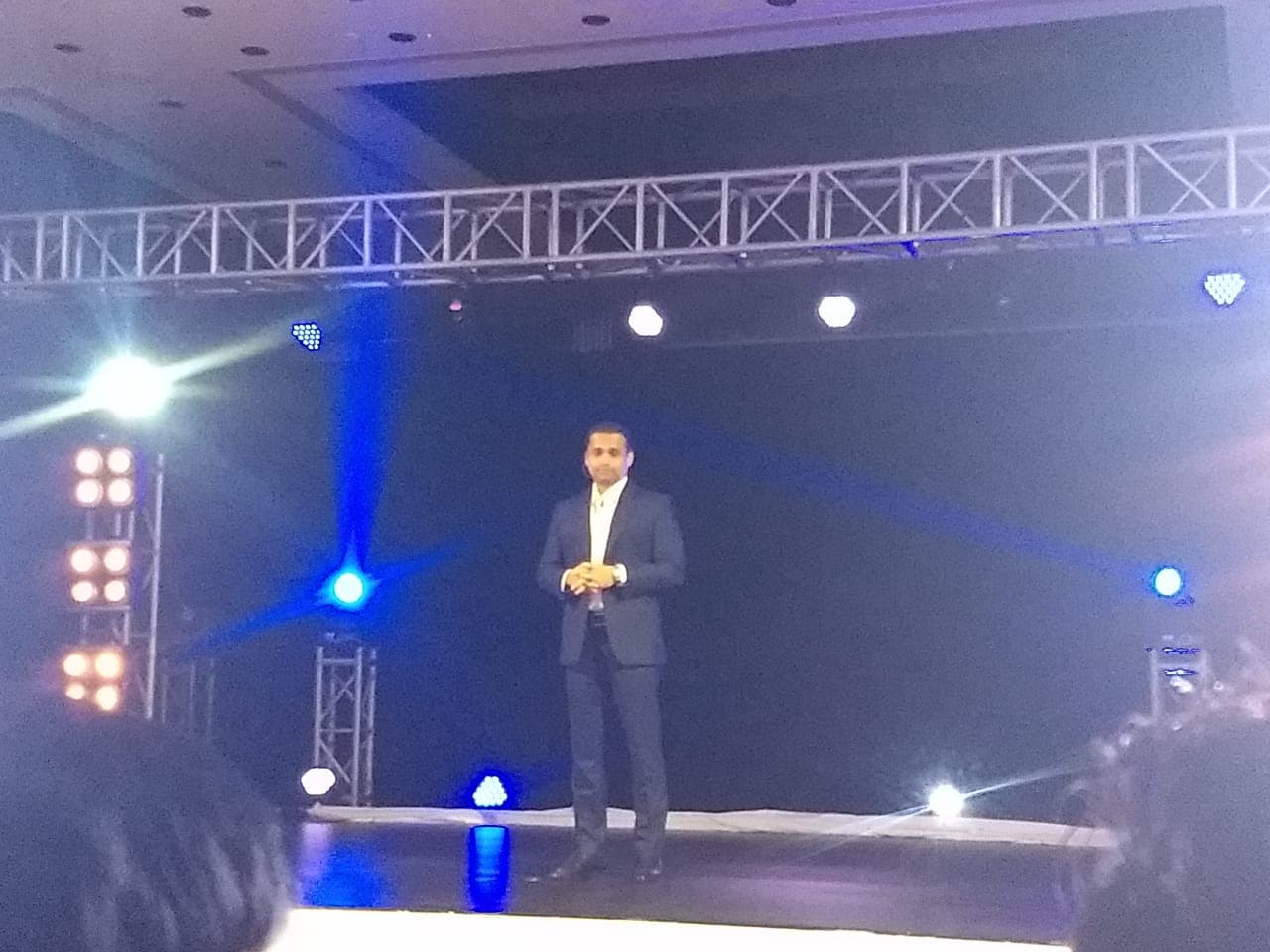 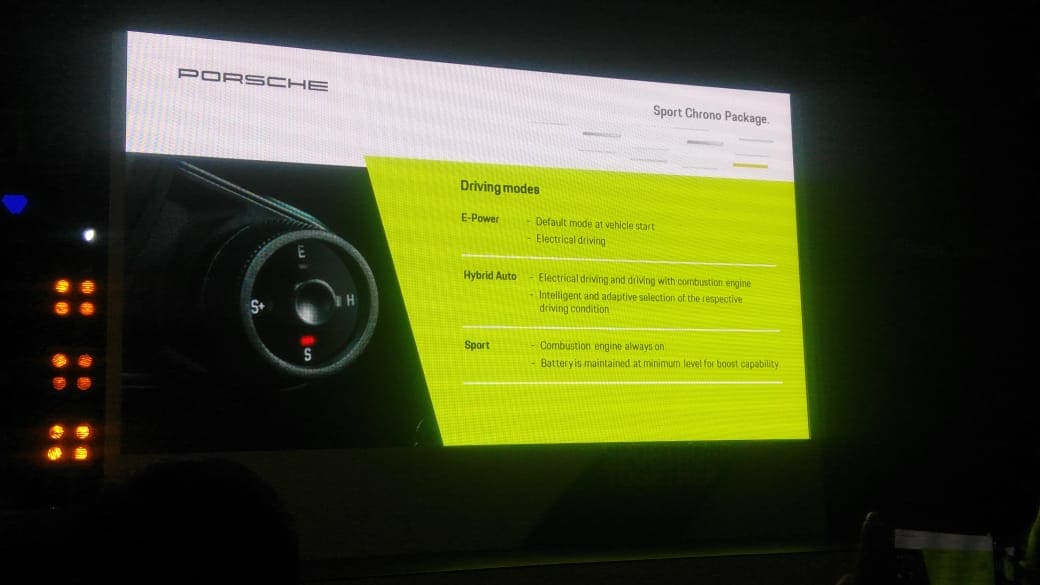 12:49 PM
2018 Porsche Cayenne E-Hybrid
For the First time Porsche India is also bringing in the E-Hybrid version of the Cayenne in India and here are the specifications 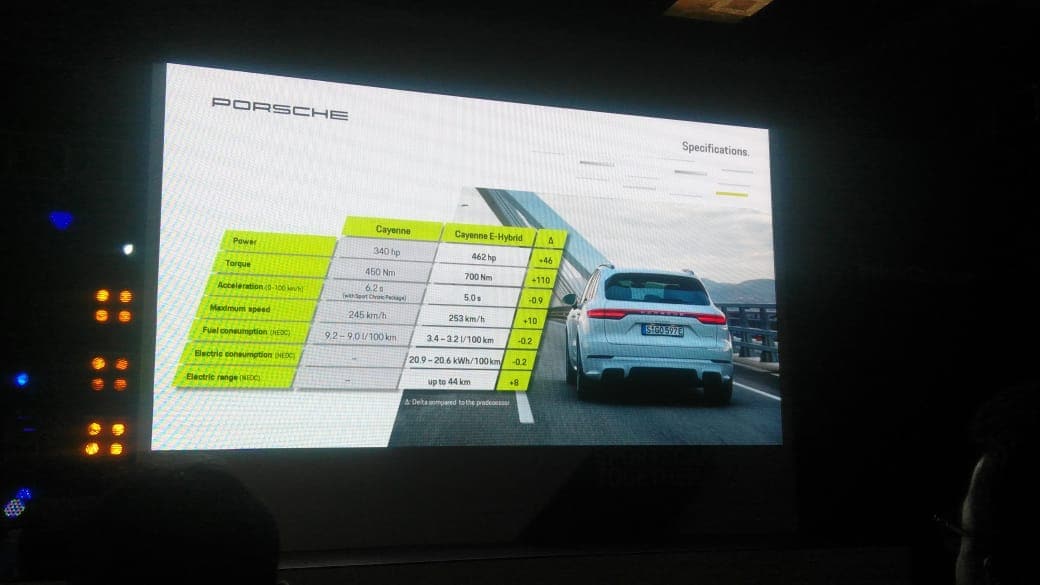 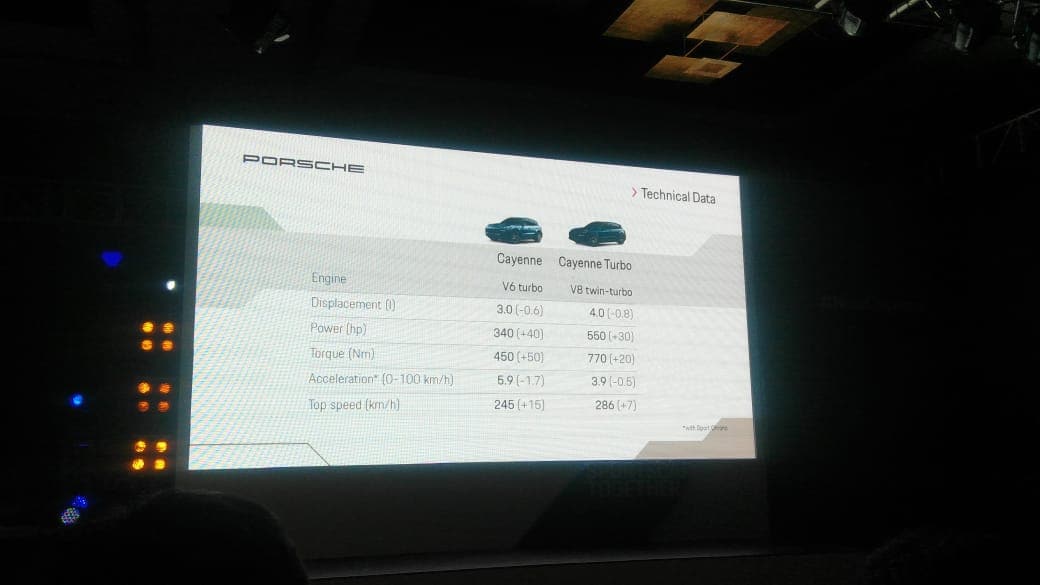 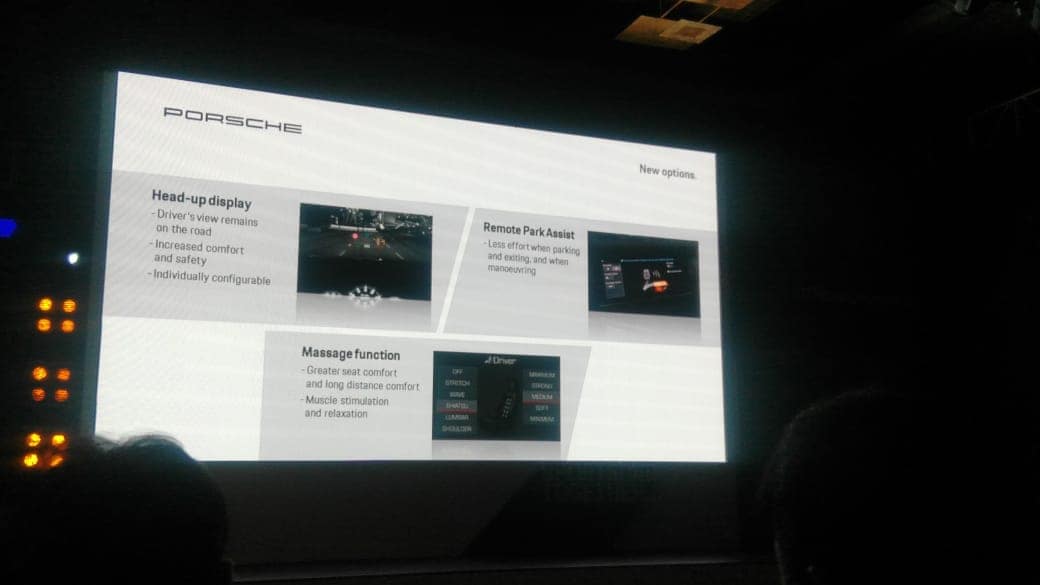 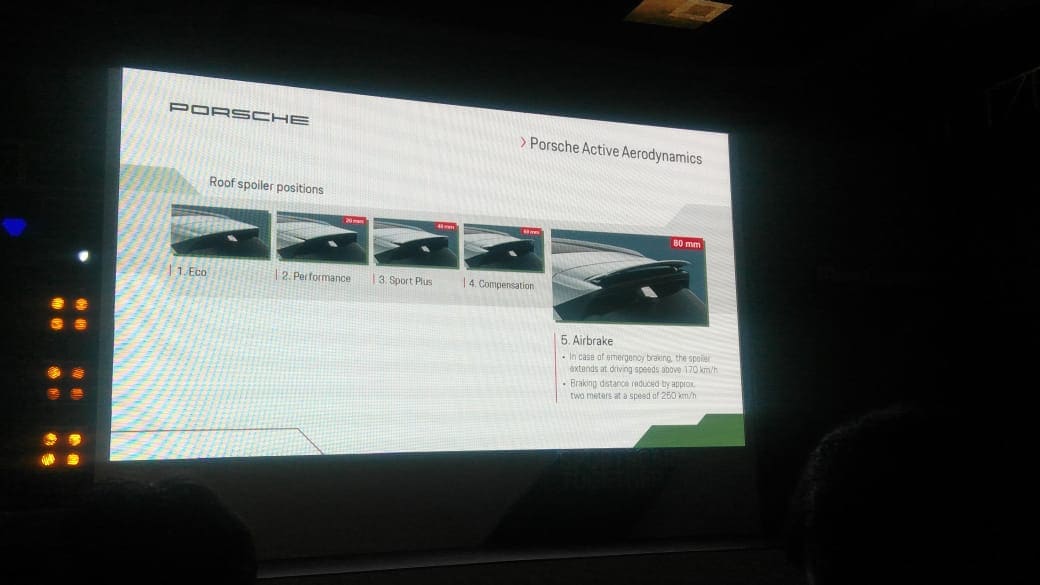 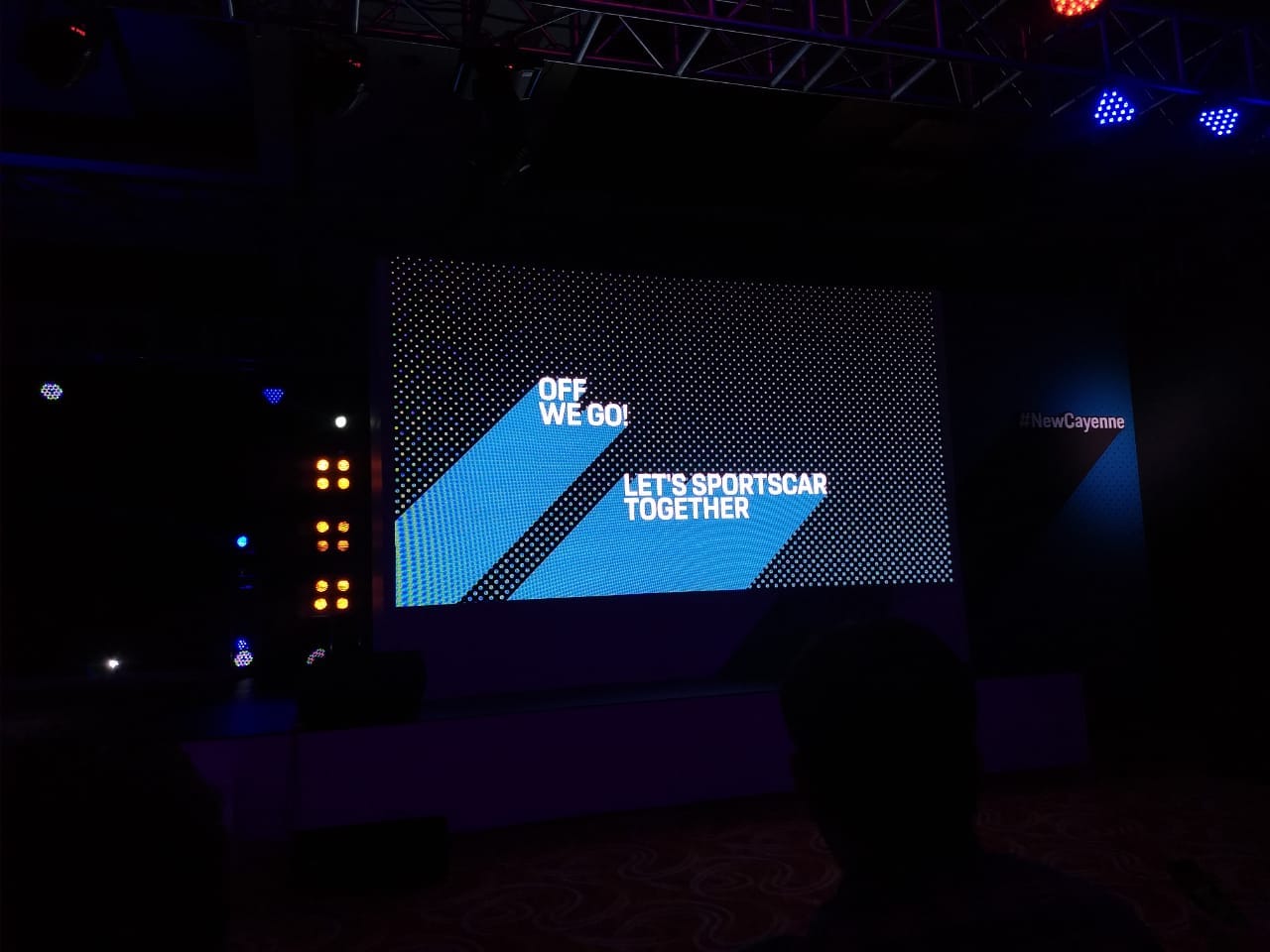 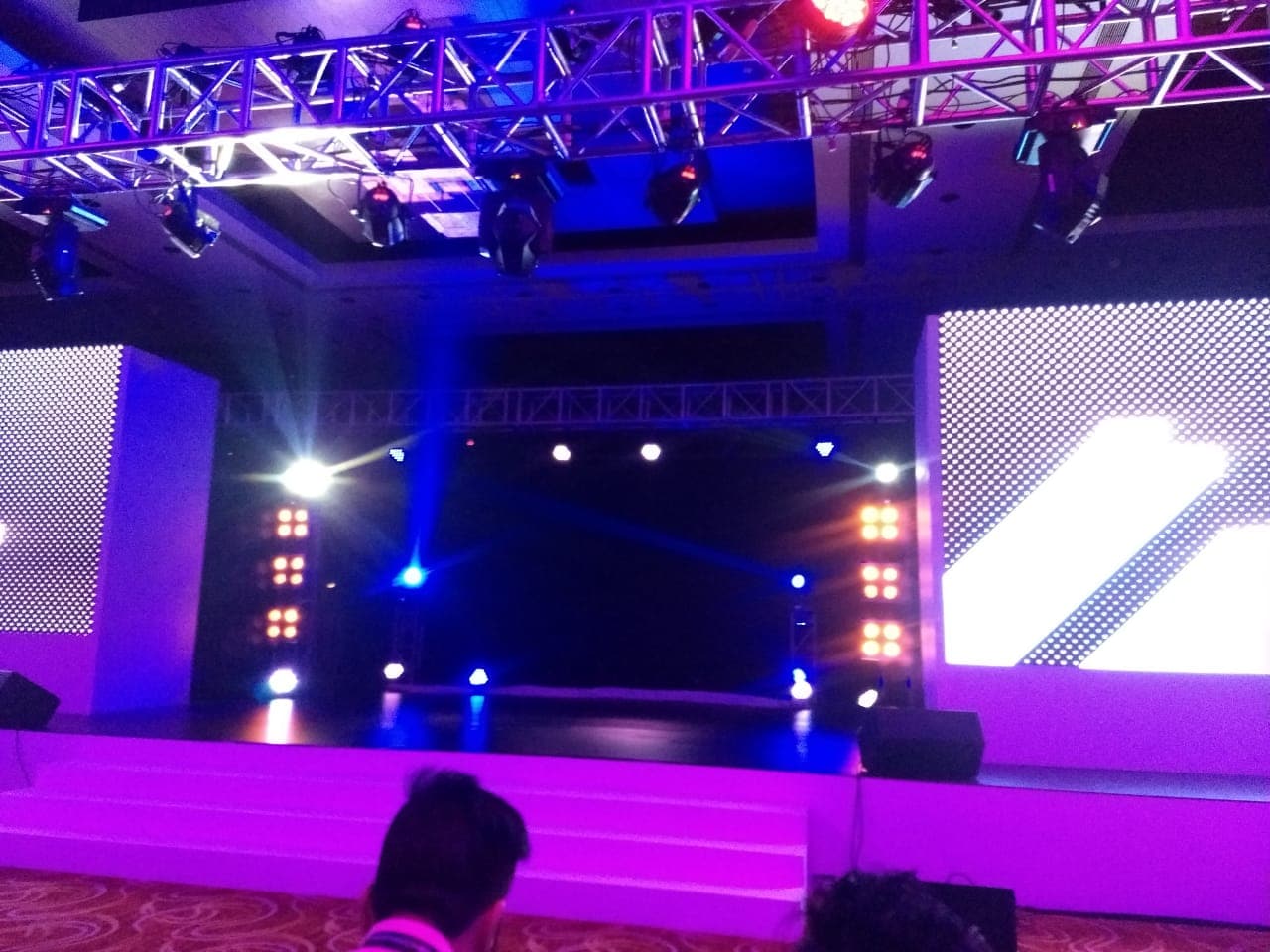 12:25 PM
2018 Porsche Cayenne Platform
The new Cayenne, therefore had to be better than before which is why it's based on a vehicle architecture for which Porsche was not the engineering lead. The company has used the VW Group's MLB platform, whose development was primarily handled by Audi. It's the same platform that underpins the second generation of the Audi Q7 and even the Bentley Bentayga, which is why the Porsche shares a lot with both these cars. 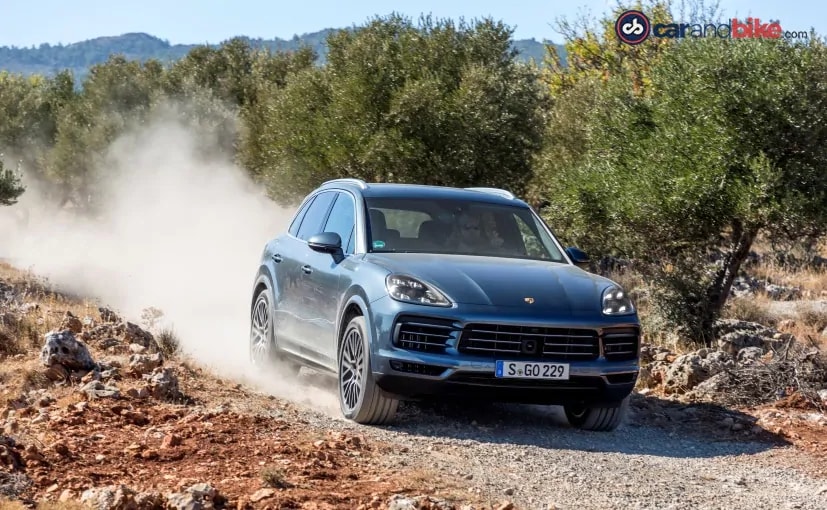 11:59 AM
2018 Porsche Cayenne Review
The Porsche Cayenne has been around for close to two decades and it was earlier this year that we got to drive the new, third generation of the car and here's our review
https://auto.ndtv.com/reviews/2018-porsche-cayenne-review-gradual-evolution-1804942
11:56 AM
Porsche Cayenne Sales
First launched in 2002 globally, the Porsche Cayenne has been one of the bestselling Luxury SUVs in the world and India too has to be given credit for its success. More than 7,70,000 Cayenne's have been sold since 2002 and though there might have been a lull in the middle because of the emergence of the Macan, Porsche knows that it's the big SUV that brings in the moolah. 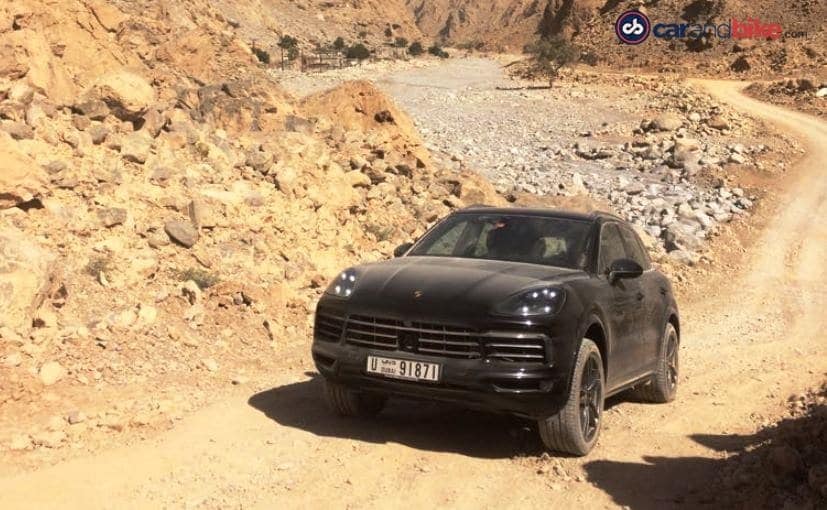 11:48 AM
2018 Porsche Cayenne E-Hybrid
In Hybrid Auto mode the battery gets recharged and lets the system use some of its power 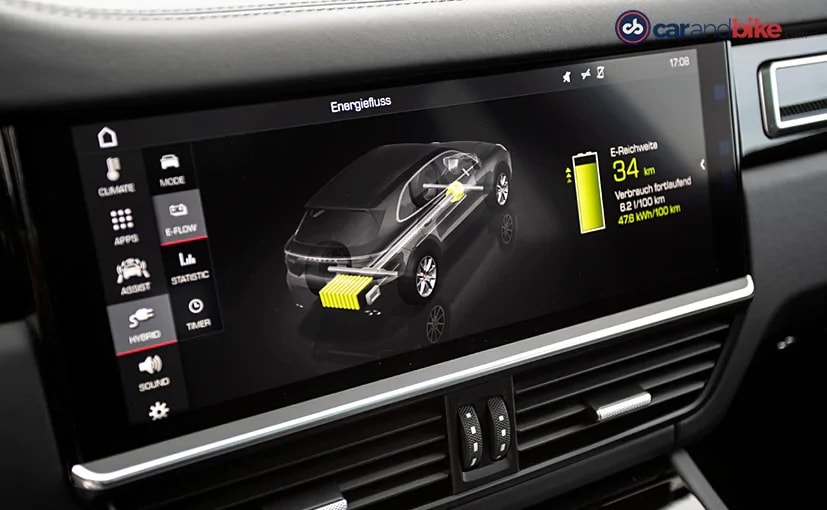 11:40 AM
2018 Porsche Cayenne Cabin and Features
The car's cabin is very sleek, sexy and roomy. Carbon fibre, glossy black, polished metal or leather - there are several trim options for the dash and doors. The seats are sporty black leather - though I suspect you could opt for lighter tones as well. The new Cayenne has reduced the bulk of the previous car, in form and function. So the dash looks slimmer, with excellent materials, finish and features. There is a new giant touchscreen at the central console. Below it - all the toggle switches and buttons have been replaced by backlit touchpads built into a glossy flat panel. 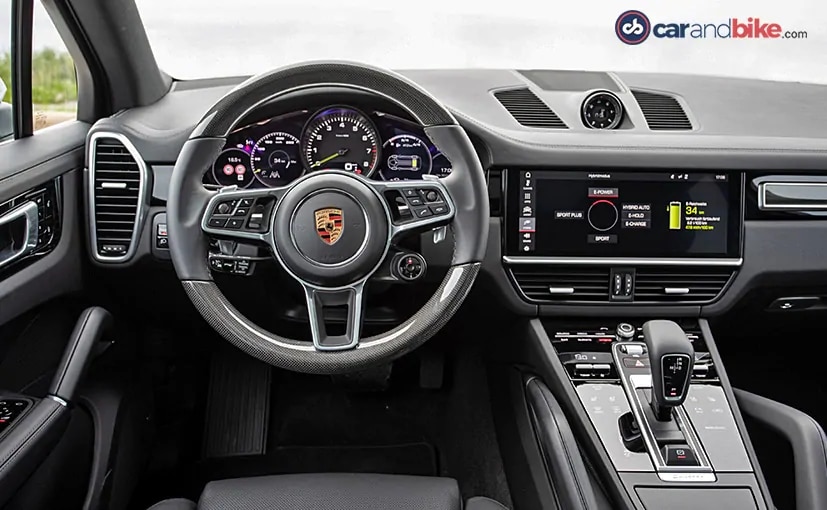 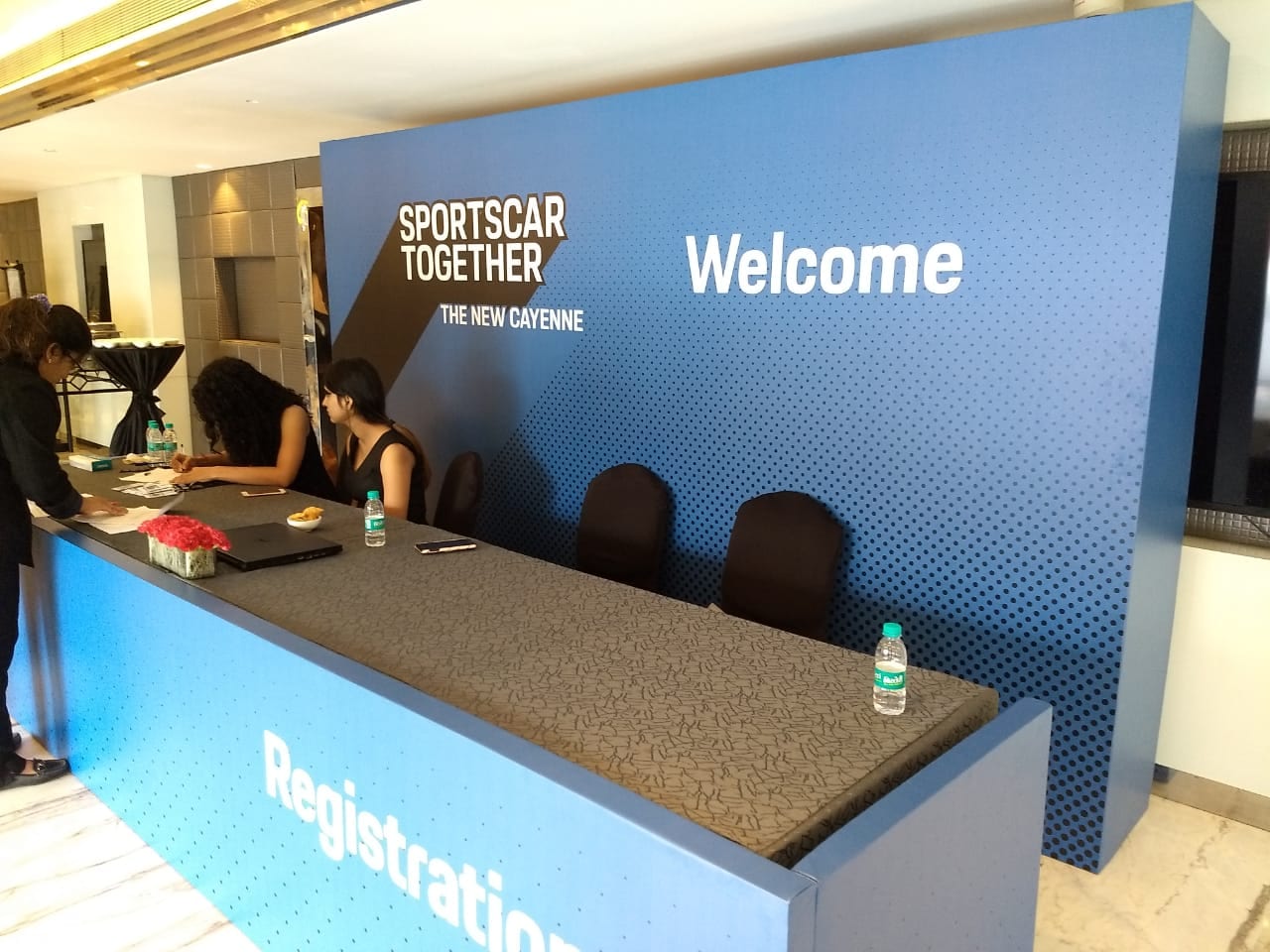 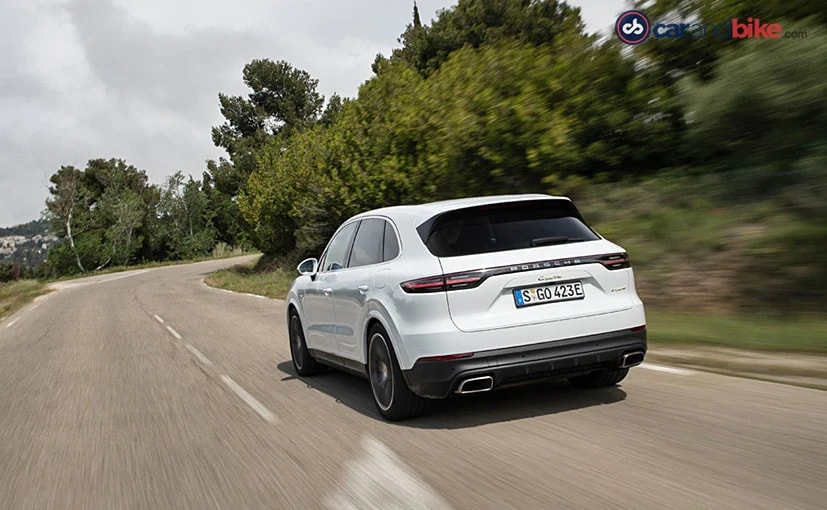 10:44 AM
2018 Porsche Cayenne E-Hybrid
Porsche India is all set to launch the E-Hybrid version of the Cayenne for the first time in India. It's a significant step by Porsche India, and the car is capable, clever and quite fun too. 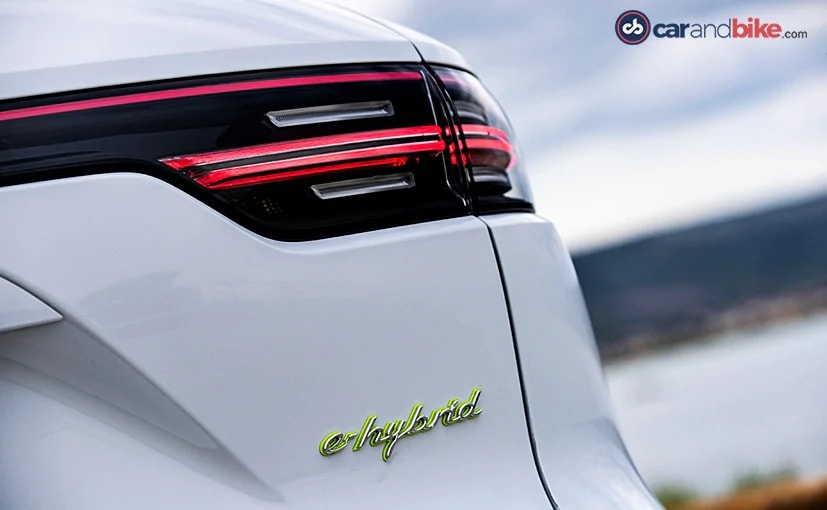 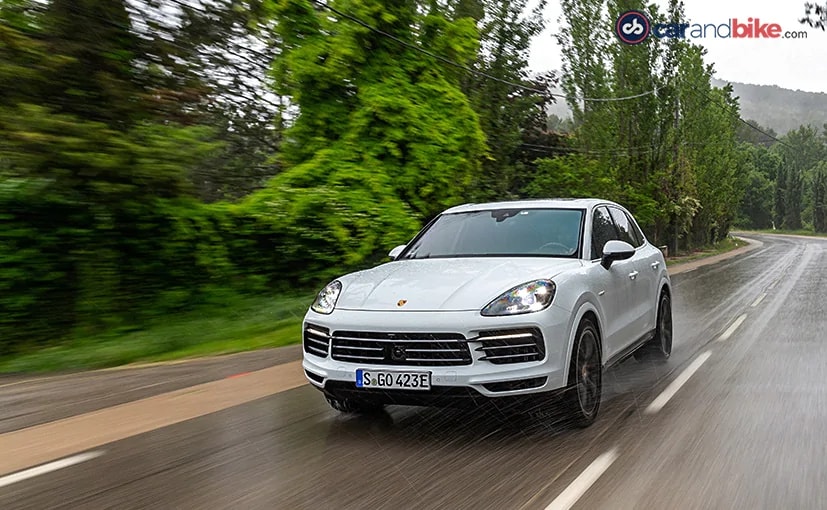 10:09 AM
2018 Porsche Cayenne Bookings
Porsche started bookings for the third generation of the Cayenne at the beginning of this year 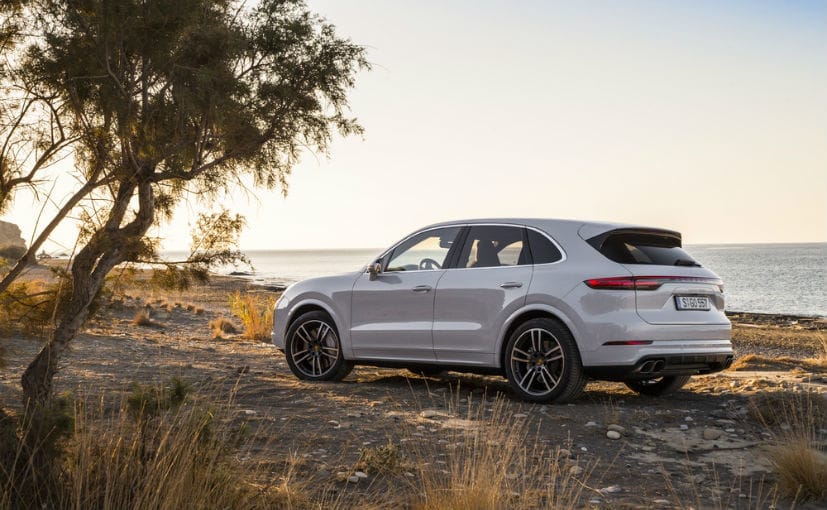 Land Rover Range Rover
₹ 2.04 - 4.21 Crore *
View More
Subscribe to Our Newsletter
Over 1.5+ Lakhs subscribers
Thank you for Subscribing to Us
x