We tell you all that's changed on the recently launched Hyundai Creta facelift, compared to the model it replaces. 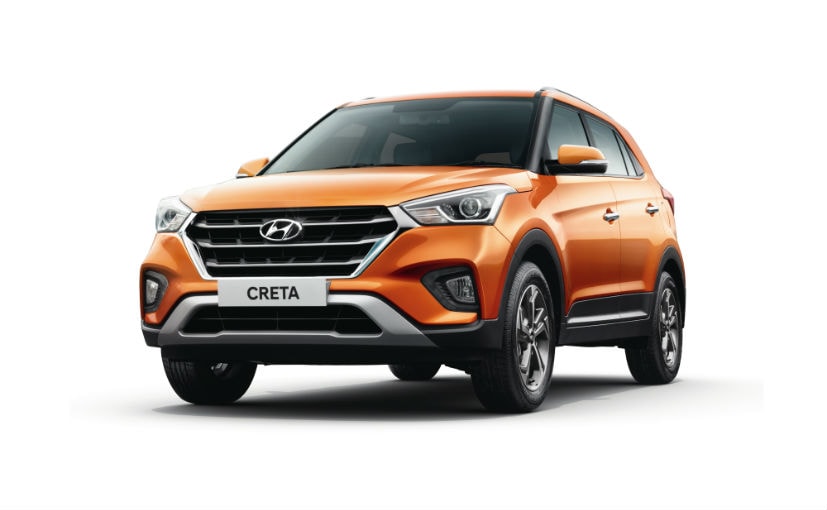 The change isn't dramatic but it's what you would expect from a facelift. There are plenty of changes to keep the model fresh compared to the outgoing version. At the outset, the compact SUV gets the new Hyundai family cascading grille instead of the chunky triple-chrome slats. The grille is now larger and wider and meets at the headlamps, unlike separate units on the older version. The front bumper has been revised and gets a brushed silver skid plate but that's available only on the top end variant. But the signature look of the car is the new fog lamp housing which has been revised and LED DRLs surround the foglamps which actually enhances the looks of the car. The silhouette is identical to the outgoing model but the changes are comprehensive, thus making the new Creta look a lot more appealing.

Hyundai has also managed to put on 17-inch machine cut alloy wheels on the new Creta, though these re restricted to the top variants. The rear features more substantial upgrades with the reworked taillights that get new detailing, while the bumper now gets the dual-tone treatment with revised reflectors and and wider faux diffuser. Beyong the cosmetic tweaks, there are two new colours on offer as well - Marina Blue and Passion Orange, while Hyundai India is also offering a dual-tone paint option with a black roof.

Hyundai hasn't made massive changes to the layout in the cabin of the 2018 Creta facelift, and the interiors remain a familiar affair with a five-seat setup. The black and beige colour scheme continues to part of the cabin of the compact SUV, but the range-topping SX+ trim gets an all-black cabin. Adding some contrast though are the orange highlights, which can be added to other variants via Hyundai's new interior pack.

Hyundai has made no changes to the engine options under the hood of the 2018 Creta facelift. The 1.6-litre petrol engine continues to be on offer producing 121 bhp and 151 Nm of peak torque. The motor comes paired with a 6-speed manual and automatic transmission on offer. Diesel power, on the other hand, comes from two engine options. The 1.4-litre diesel is the more fuel efficient and produces 89 bhp and 220 Nm of peak torque, while paired with a 6-speed manual. There's also the 1.6-litre CRDi diesel with 126 bhp and peak torque of 260 Nm, mated to a 6-speed manual and automatic gearbox. Hyundai, of course, says that it has tweaked both the engines to provide more fuel efficiency.